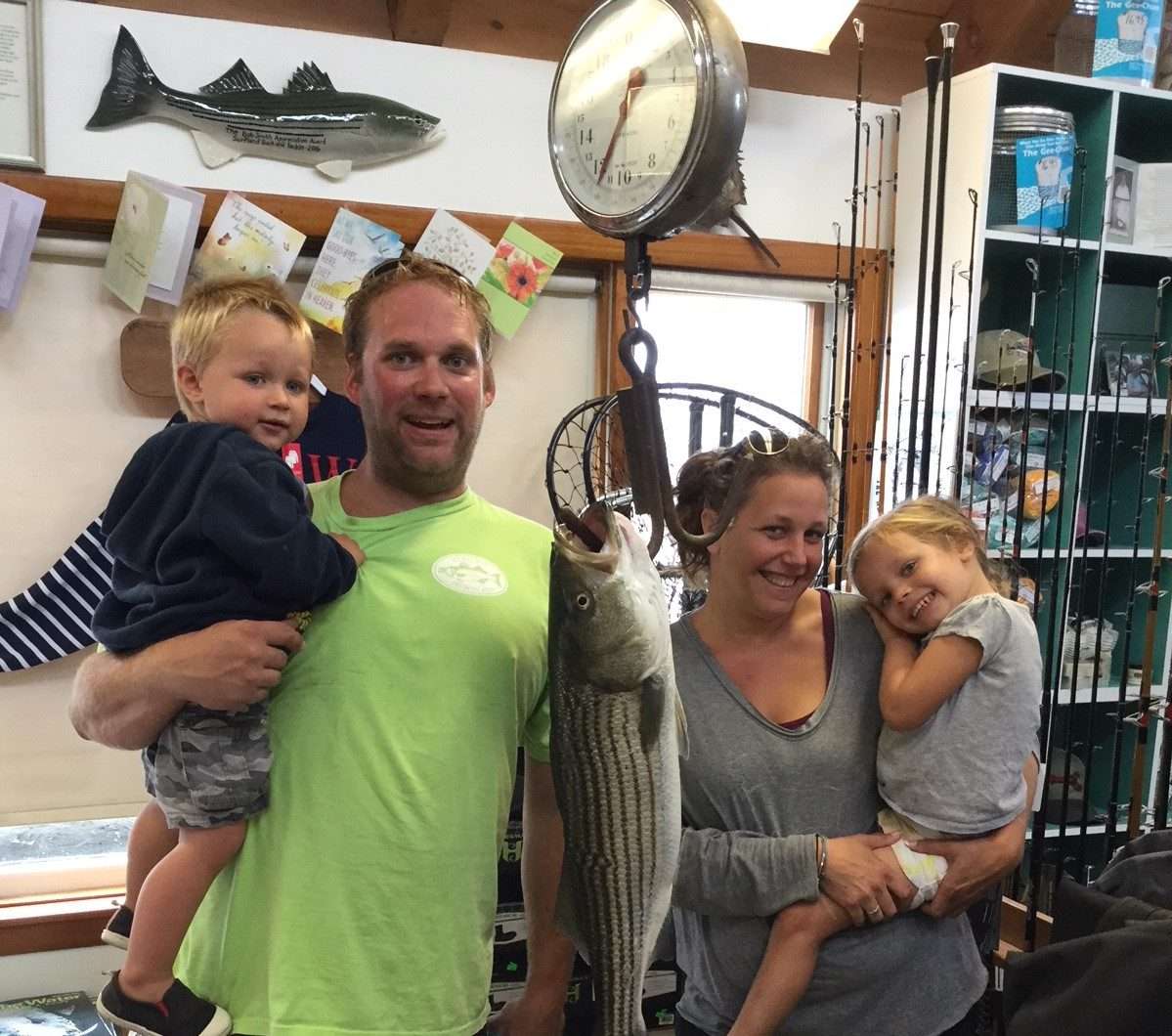 Well for the most part the weather this past weekend was pretty good. But the problem  wasn’t the weather it was the ocean. It definitely has a mind of its own. The swells we had Saturday were in the 10 foot range. The guys on the beach were having to use 6 oz sinkers to try and hold the bottom. Sunday did calm down a bit, more manageable 5 foot swells. LOL. But for the most part, if you could manage to get the bait out there, the fish were taking it.

Matt Senecal from Marlborough was down on the island again this past weekend and caught another striper on Sunday. It was just about the same size, caught in the same place using the same bait. And just to prove to you that this isn’t the same fish we got the whole family into the photo this time! So darn cute! This fish weighed in at 11-10 pounds. 10 ounces heavier than the one he caught the weekend before. Matt, hope you gave your mom some fillets this time!!! 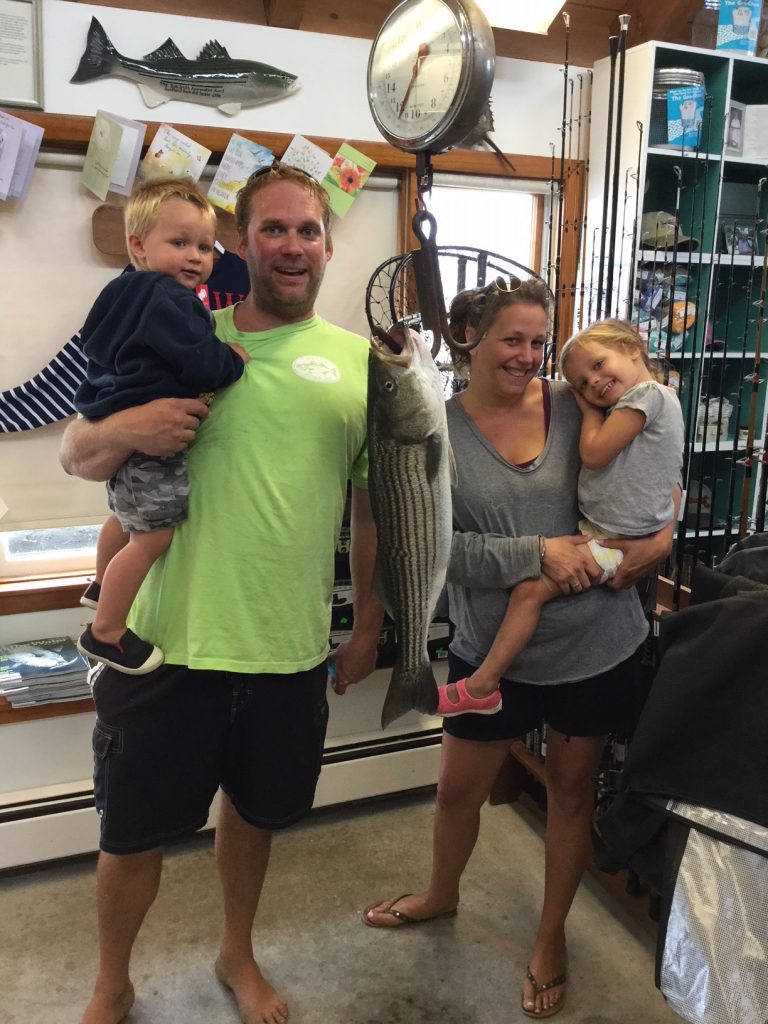 This afternoon we had John from Warner come back to give us a report. He bought 4 dozen worms, headed down onto the PRWR, and had a fantastic day. Nothing big, mostly in the 16″ – 23″ range, but he had a fun day. Didn’t catch 48 fish, but he did catch a lot he said. What a beautiful day to be on the beach. Tomorrow will be even nicer!

And that’s the kind of news that we did here from this past few days. Tons of fish in that smaller size range. Someone told us that the southern end of the island had a lot of bait fish washed up on the beach this weekend. They just get caught up in the swells and current and get deposited along the shore. Happens a lot during rough seas. And then there was one or two days in between the rough ocean that some of the boats got out. They reported that bonito are still mixed in with the mackerel, still pushing around peanut bunker, and if you are lucky enough to snag one, try live lining it whether you are in a boat or along the shore. Also have a few guys with light tackle and fly rods down targeting these little bonito, so maybe give that a go over the next week or so. The hotspots for this are the mouth of the river near the Captains Fishing Boats, down at the jetties in the cove before the jetties start, and then down the southern end of the island, Sandy Point.   It is amazing, the life going on just off our shores!

And on a sad note, we did comment on FB that Crush didn’t survive, but here is the news article that gives a bit more insight. He was beautiful and we are saddened to hear that he didn’t survive. RIP Crush!