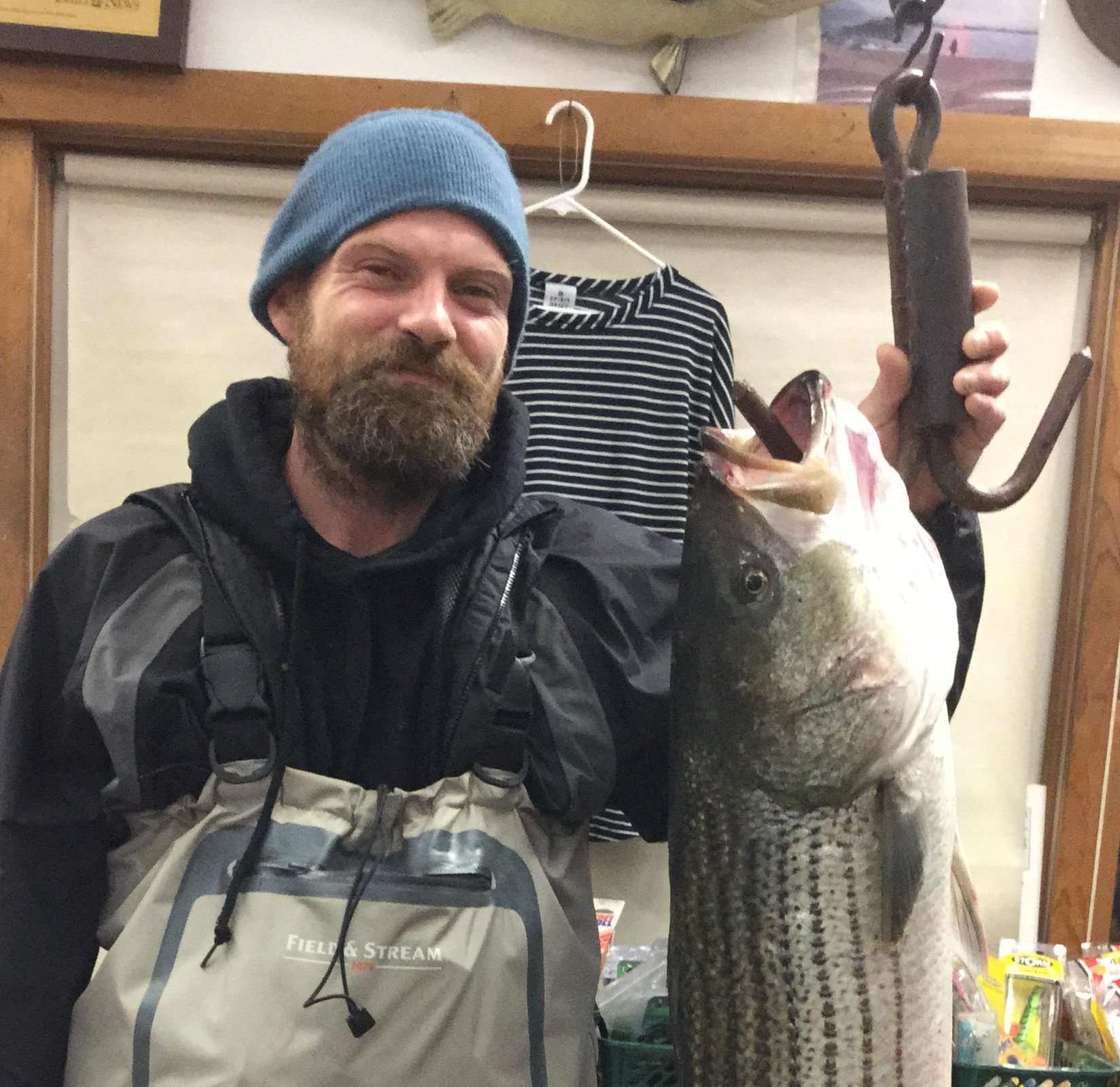 Last night at the shop Nick Hessle from Fitchburg came in from fishing along the oceanfront to weigh in this 22 pounder at about 7 pm. Since it was such a great fishing day, Nick grabbed his lure bag and headed this way to fish this crazy surf with plugs. Nick was well rewarded for his battle with the elements yesterday. This is just one of the many good sized fish Nick caught while out on the beach yesterday. This is the weather and surf that all you guys that like to throw lures should be fishing. Another fisherman came in yesterday afternoon and said he had a great day fishing off of some rocks down off Cape Ann. He was the only one there and had some great fishing using top water plugs like pencil poppers! He also was headed back out this morning. We also had BD (Boston Dave) grace us yesterday. He came early and fished the low tide down at the Merrimac River. Did well on the numbers, nothing big, but had a good time.  Just had a few guys back this am from fishing the Merrimac for the low tide. A few fish, again nothing big. We do have a few buggy guys down but haven’t heard any reports from them. So what are you all waiting for…it’s a beautiful day to fish! 🙂

(also have heard there are plenty of big fish north of us………..so the best is yet to come!) 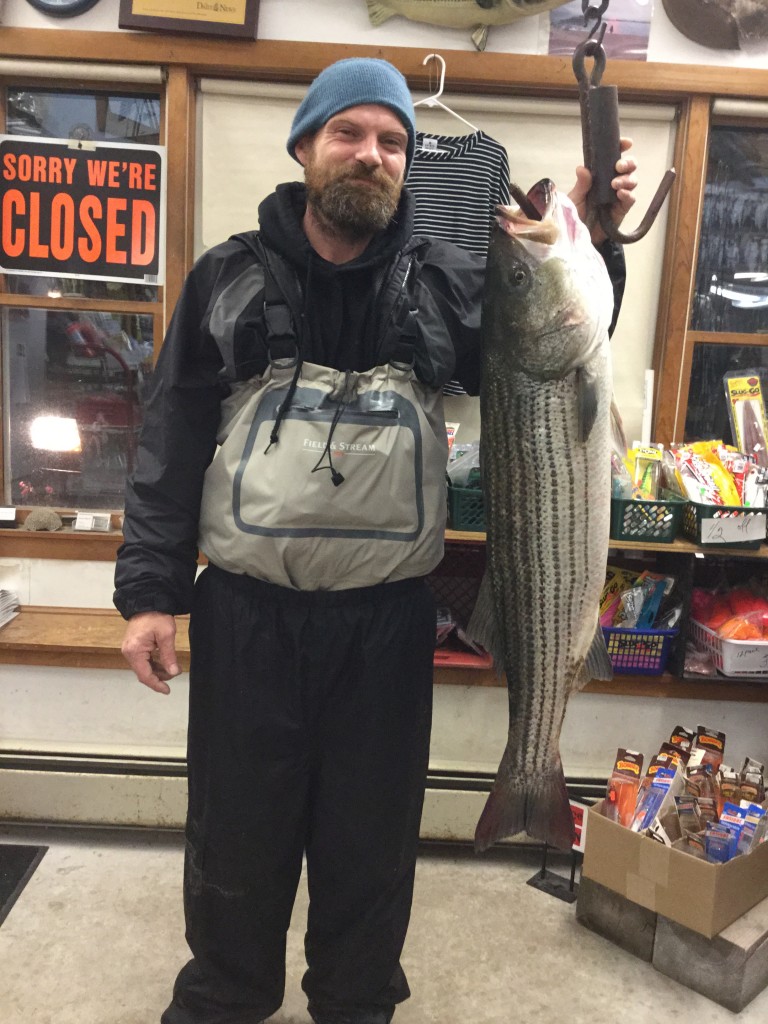