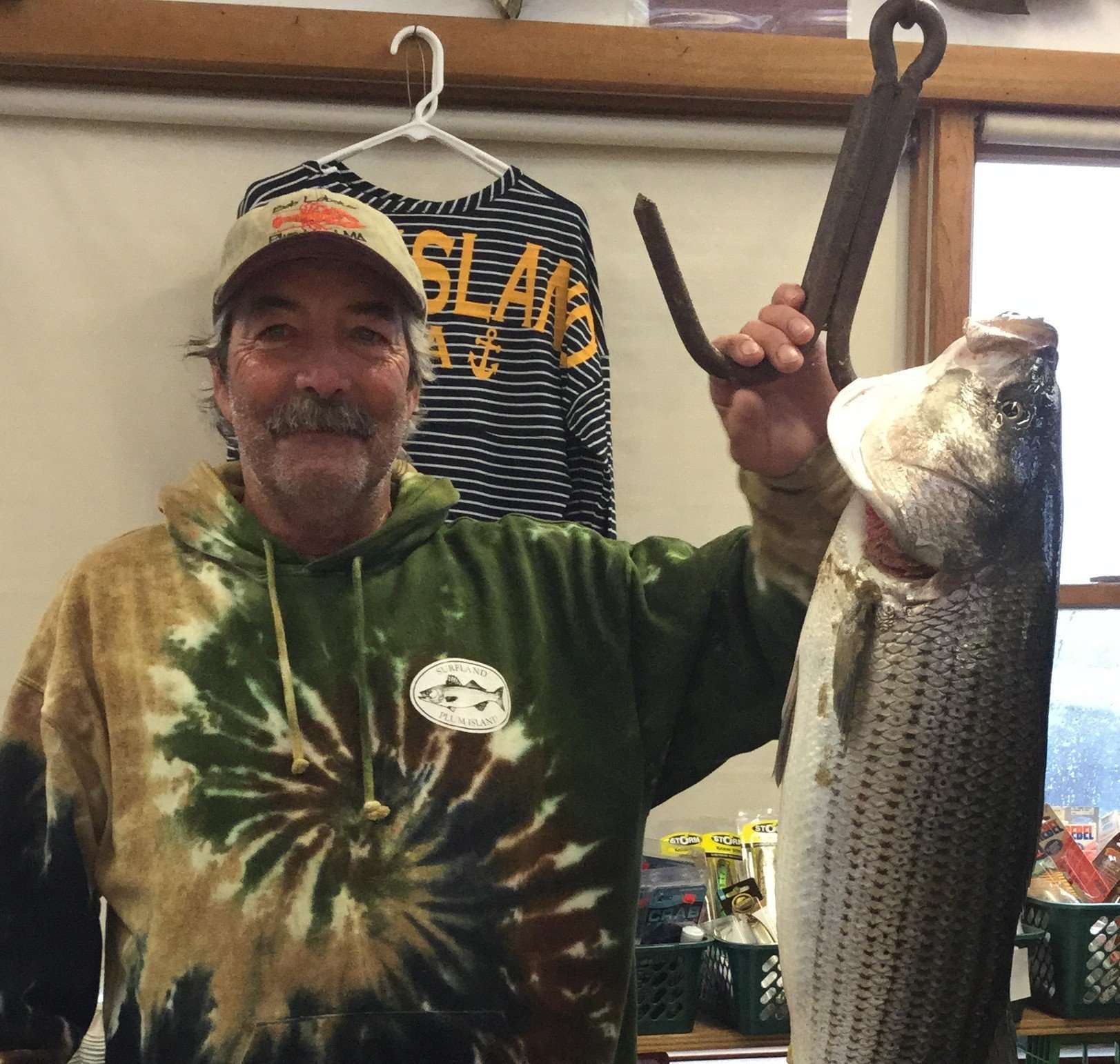 Terry Murphy from Chelmsford is back………………and will be back again! Murph, Dave, Paul, Duke, Donny, and wee little Jamie! (sorry Jamie!) were fishing on the PRWR along the front beach in the drive-on access area. Terry caught this 16-8 pounder at the top of the incoming tide late afternoon using worms. They all caught fish, but again a lot of those little “bait snatchers” But the small fish hit most of the day and they caught a lot of them on metal lures, like the Deadly (Richard) Dick! (Jesus, who came up with that name?) Anyways, they had a blast and will be down again this weekend to see if some bigger fish have moved in.  Derek, another drive-on fisherman stopped in on his way home after coming off the beach. He caught quite a few fish also and at least 3 of them were over 28″. See you guys Friday! 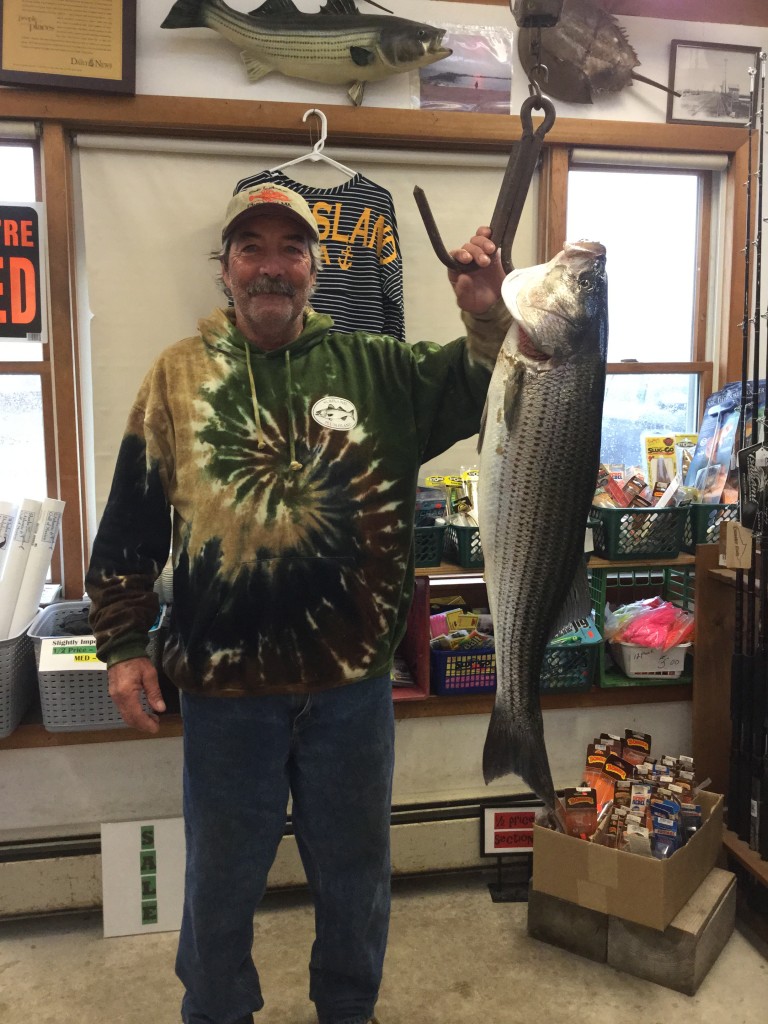 The word from down by the Captain’s Fishing Parties is that there a still a lot of schoolies to be had there. Use some soft baits around the boats and you should do fairly well. Boston Dave has been down a few times this past week and has had a blast! We recommend still using some light tackle and fishing for the schoolies for a boat load of fun!

Last night, Martha and Andy waited for this fisherman to come pick up some eels. Alex, (who posted this already to our Facebook page) caught this beautiful 45″ long striper in Beverly. Congrats Alex! Eels at night do alright!