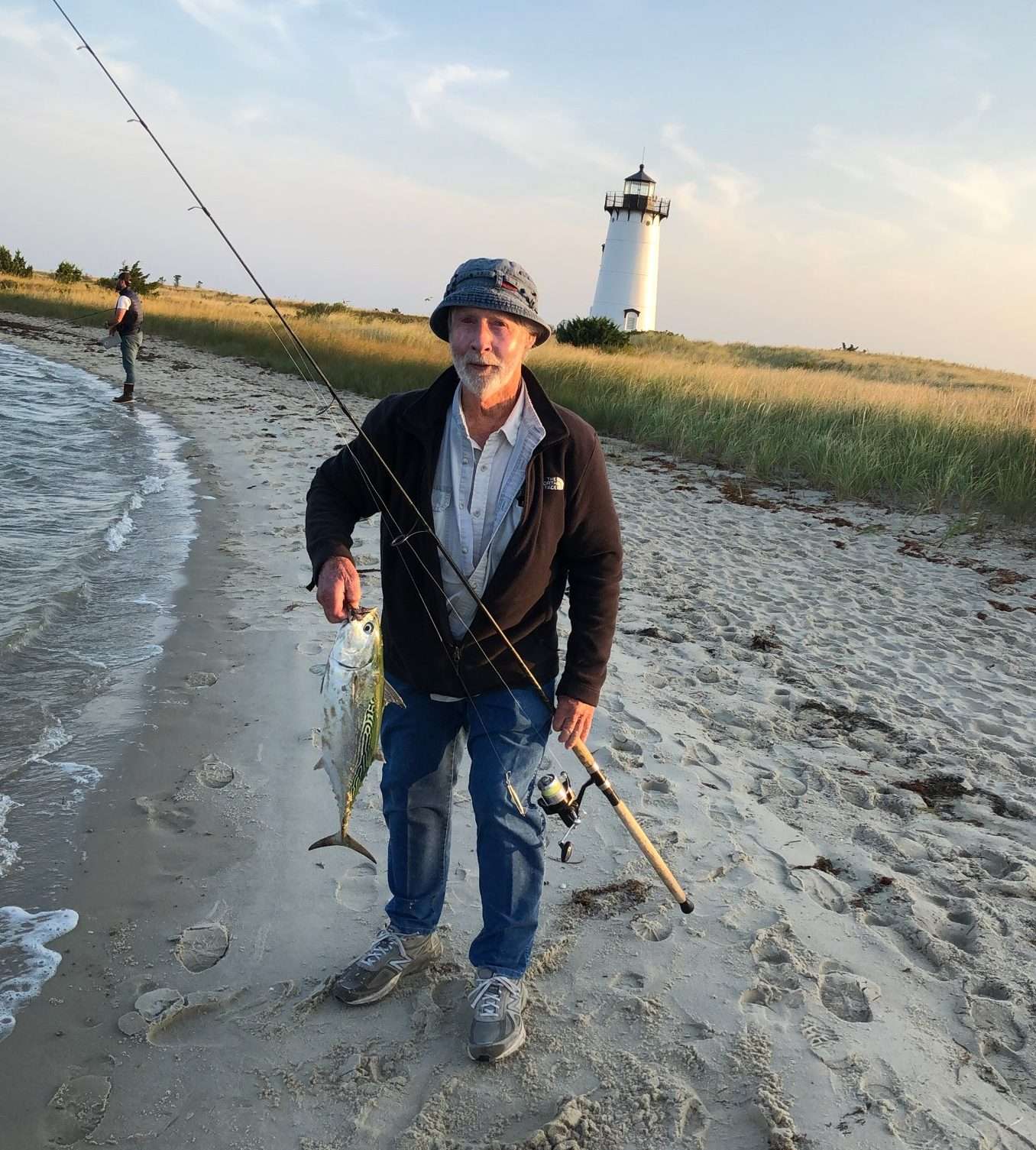 Schoolies galore! There are so many schoolies around right now it is hard to tell if there are any big fish. These little guys are hungry and are busy consuming everything in site………..worms, clams and mackerel. Adam Ledger was in this week and reported to us that his group had six rods out and they just kept running back and forth to the rods because every time they put one out with new bait it just went off with a hit. All fish were under 27″ but he says it was a feeding frenzy. They went through six dozen worms in no time. He walked out with a flat that day!

Others fishermen have also reported a lot of schoolie action all along the oceanfront on the PRWR and some of the guys out front of the shop also. You can pick almost any parking lot and be able to catch a few fish. But remember it is still called fishing and not catching so not everyday will be like the one Adam had. And don’t get disappointed in only catching the undersized fish, it is great to have so many little fish around, they will just keep getting bigger!

*also have been told that there are some nice fish (20″ – 28″) inside the mouth of the Parker River all the way up towards middle ground and along the Ipswich side of the river. So if you have a boat you might want to try your luck in these areas.

**more reports of big fish being caught in Maine and New Hampshire so don’t worry you hvent missed the fall run!

Sunday Andy Kelly sent us a picture of Toria with her bluefish that she caught on his boat along with his friend Trevor. This fish weighed in at about 13 pounds and was caught off of a diamond jig style lure in 30-40 feet of water. And since then we have a few more reports of bluefish out along the oceanfront. Again most being caught in the same depth range but these fish this time only wanted the mackerel they were live lining. No lures were tasty enough! Yesterday we heard of a blue taken off the beach by one of the buggy guys this week so have some wire leaders in your bag now just in case.

Around here we call him Uncle Bobby, but most of you just know him as Bob, Bob Smith. He is one of our  little legends around here. Another of our local legends is George “Coach” Bossi. These two island guys along with other area locals always make a trek out to Martha’s Vineyard during September to try their luck catching some False Albacore. This past week these guys went, Bob with a few of the guys from the Plum Island Surfcasters Club and George goes to visit his friend Vinny V.! After many hours of casting each were rewarded with a fish. Many of you know all to well how hard it is to catch one from the beach. They are picky, fast, and a hard fighting fish! So anyone headed down, good luck. But we wanted to share these two pictures of “our” local legends!