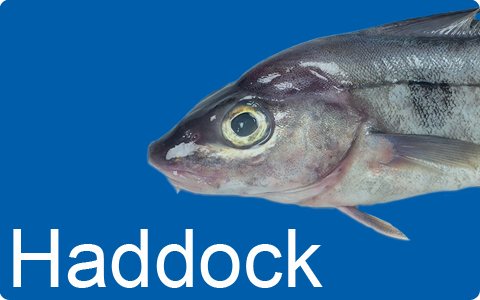 Posted at 08:54h in Uncategorized by Liz Cowie 0 Comments
0 Likes

Okay, the shad fishing has just begun, the Schoolies have hit the Cape, and the held over stripers have been feeding in Boston and a bit around here. But, with probably another week or two to go before the stripers are thick here we wanted to share a few other options.

Migrating stripers have arrived in Massachusetts waters. Stavros Viglas checked in from Martha’s Vineyard and reported numerous sea-lice-wearing schoolies! (this is a share picture from On the Water) 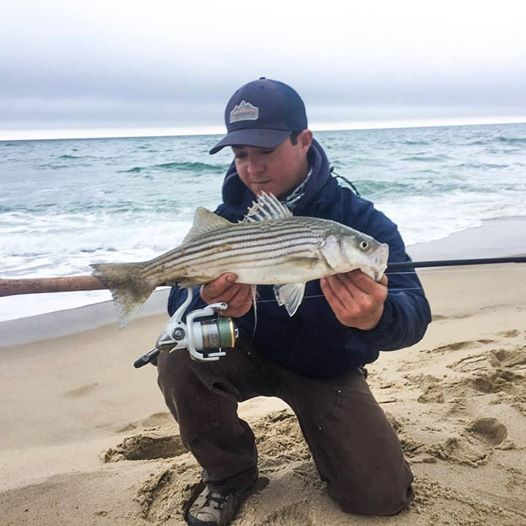 This is Jonah from On the Water who sent us a picture of him wearing his lucky Surfland hat and his catch the other day. Saturday, April 15th, late afternoon around 5:30 waiting for the wind to die down and second pond of the day, caught in about 10 feet of water off a weed bed on a baby bass colored floating rat’l trap. So there are still options! It’s a Bass!

The hat is getting good use! 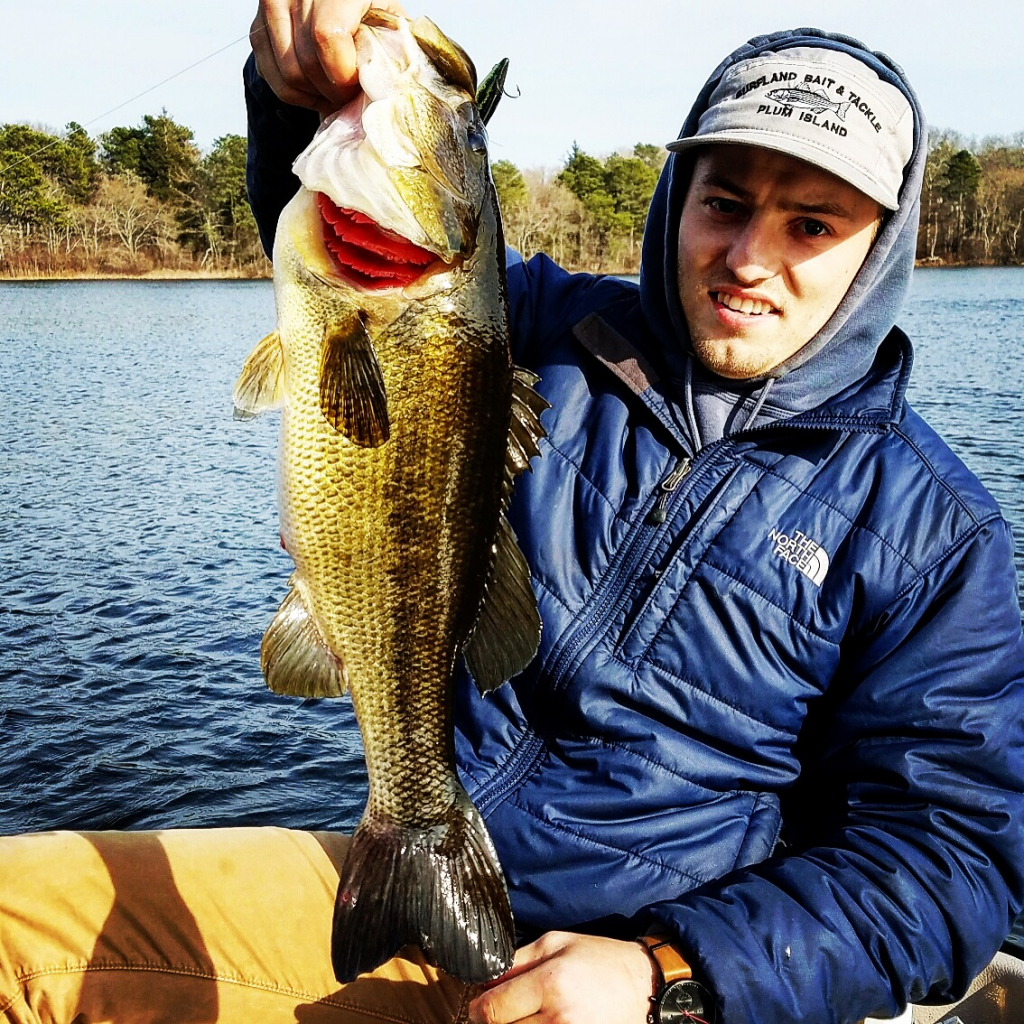 And then the yearly pilgrimage of The MacCormacks and friends out on the Captain’s Fishing Boats at the end of Plum Island. What a day! They had there own marathon this past Patriots Day! Mike told us that the boat caught over 600 fish. They themselves at the end of the day had about 35 lbs. of Haddock fillets, 2 Wolffishand a few Red Fish. Mike also said the about a dozen keeper sized cod were caught and released, and a ton of undersized Pollack. He said the boat drifted most of the day. Sammy, of course, as last year out fished the boys! That’s our girl! Bait of choice…..Surfland’s fresh clams! If you feel like some fresh Haddock make a reservation! 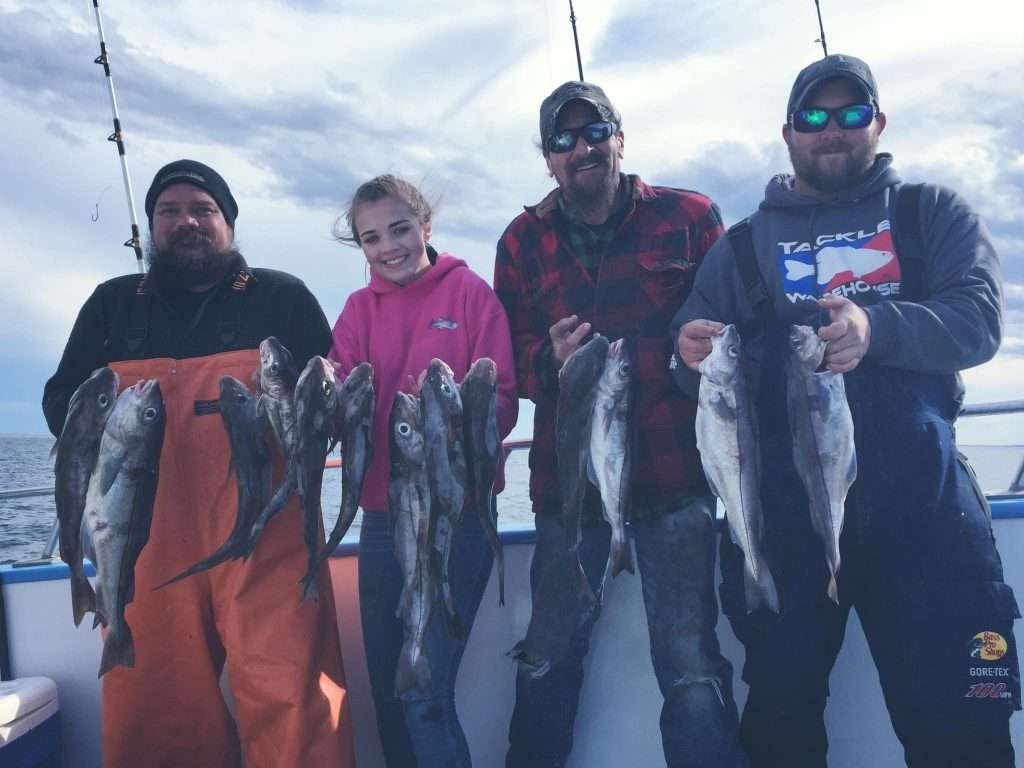