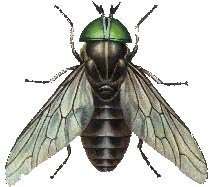 The temps are rising both in the water and out of the water. That makes for a slowdown of both people and fish. There is still plenty of action going on, but not as hot and heavy as it was the last few weeks. But what the rise in temperatures also brings out is greenheads in force!!! This weekend will be the height of their cycle so you have been fair warned! For those of you that have a loathing for these guys we carry some of the Skin So Soft Bug Guard to assist in the fight not to get chomped on!

There have been loads of  vacationers in the area and this week we had two different people visiting from Florida who went fishing. First there was Burton Boone from Starke, Florida who was up visiting his son Ron from Londonderry, NH. They came down on Tuesday and hit Sandy Point to fish. (no greenheads would stand in their way!) They both used mackerel chunks to land their fish

On Wednesday we had future son-in-law Nathan Bailey from Naples, Florida visiting Sean Hogan from Salisbury, MA. They went out along the oceanfront, snagged pogies, and then live lined for the bass underneath.

And this afternoon Dan O’Connor from Plum Island came in from fishing Joppa Flats. And of course it was the tube-n-worm during the high tide that did the trick again.   Dan is a neighbor of Jim and Amy who also like to tube-n-worm.  It looks like a competition of the best striper recipe will be taking place in their neighborhood!  Another neighbor, Mick Wallace(Brendan’s dad) was heading out as Dan was coming in.  We’ll see if Mick brings in a keeper too.