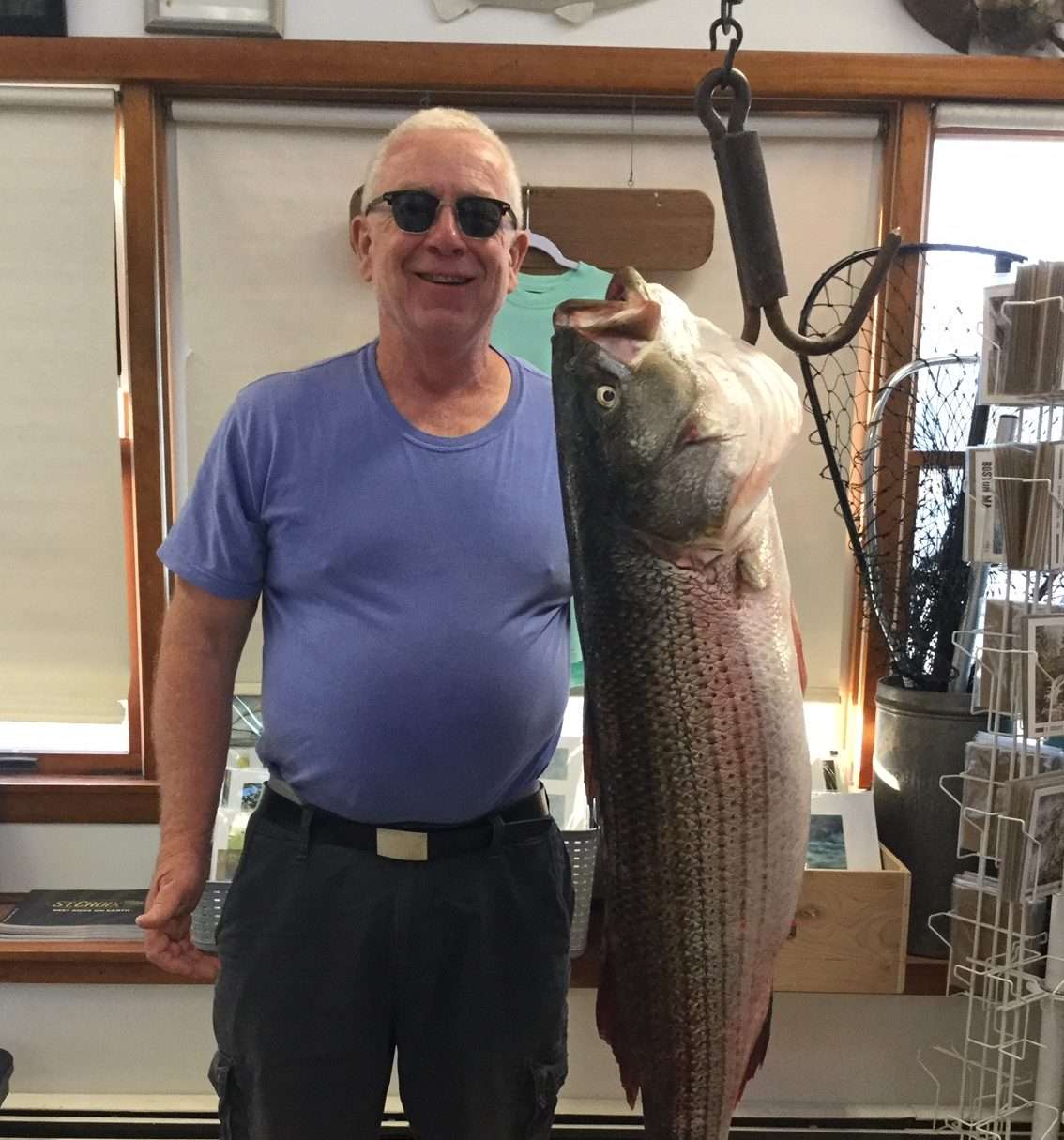 The amount of pogies out front along the ocean this year is incredible. Up and down the coast we have heard from many  fishermen in from many different places that the size of the pods are massive. The sightings of small whales, big tuna, and stripers feeding on these baitfish are numerous. But if you are in it to catch a big striper you may have to have an abundance of patience. They are there, they are not there. That’s the story everyone is telling. Nothing under this pod, move to another and you’ll find the bass. Not promising that you’ll catch one. The fish are full. But we have had a few guys, like John Noonan from Amesbury. He hooked into this  46 1/2 ” fish fishing with live pogies from a boat yesterday. The fish weighed in at 36-8 pounds.

From Facebook we had Joshua Najem and Ryan Graves send us in some catch & release photos from the boats over the last week. Thanks guys, always great to see!

As far as this week’s beach action. It has definitely slowed down for some, but plenty of activity if you happen to be in the right spot at the right time. During this past rainy Monday evening, we had a young fisherman in that had just been on the beach fly fishing from the little set of rocks we have out front which is called a groin. He had a ball catching schoolies on his fly rod. And then we had another fisherman come by to tell us that he had done well fishing the southern end of the island, also fly fishing. Maybe it is time to try fly fishing!!!

Okay back to fishing from boat or kayak. Joppa continues to produce a lot of fish. High tide is the right tide to troll around that area with a tube-n-worm or other lure of choice. We have been told that there are again a lot of undersized stripers that have also moved into Joppa that are busy sucking down those worms that are at the end of the tube! But Here Gabriel was lucking enough to catch a keeper over the weekend! And with another round of morning and early evening high tides it is gearing up to be a great weekend! See you on the island!