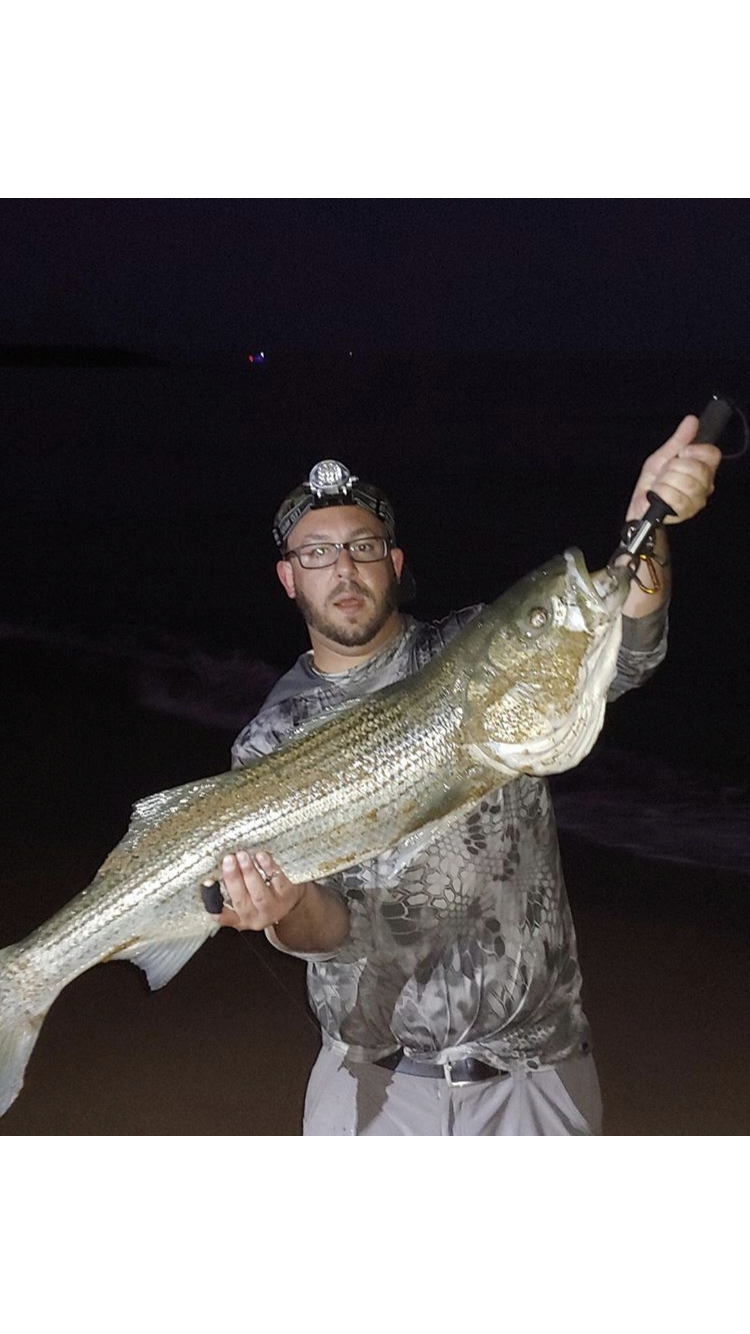 Well the pogies still maintain the lead as far as food of choice by the stripers. Same story as last week, if you can snag a pogie your chances of following up with a bass is 50/50. But Kim Crotty did Friday. Kim is visiting from Deerfield NH. She caught this fish on a live pogie in the mouth of the Merrimac River from a boat. Others haven’t been so lucky. We have received calls from Hampton down to Gloucester. “What’s the action up there? ” Our answer…..same as you. Lots of pogies, some pods have big fish under them some don’t. It is quite the cat and mouse game out here!

For the surf guys that have had some slow nights. Don’t despair! Here is Matt LaBella from Merrimac sending us some catch & release photos that shows we have big bass around. So it’s time to hit the beach this week! Thanks for the pictures and info Matt. Much appreciated.

Some exciting news……parking lots 6 & 7 are now open on the Parker River Wildlife Refuge. So all of you that like to fish Emerson Rocks area you can! However, no walk on night fishing permits will be issued yet until more of the birds in other locations fledge. But soon!!! And for anyone that wants to take advantage of the drive on lottery there is still time but do it quick. Dead line is 7/31.   Go to the PRWR website and follow the instructions.