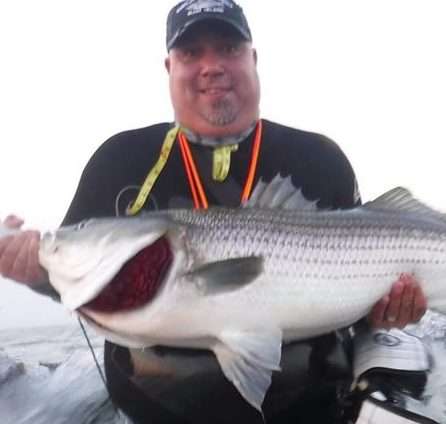 Yes, Whitey is still being seen in the area. Mostly seen by boat fishermen and then emotionally by surf fishermen at night that report to us that when they have a striper on it isnt behaving the usual way. But aside from our new resident fish eater in the southern end of plum, the fishing is definitely starting to pick up. Jerry has been in a couple times this week and has shared the news of his success he has been having on the salisbury side of the river on worms. Earlier in the week, in the rain he got a lot of schoolies in the 20″-26″ range.The next day in nicer weather he had the same luck. Nice chubby little stripers that are feeding on lots of sandeels, gorging themselves so much that they spit them up for Jerry to see.  Nick from the shop was out in his dingy near the Captains Party Boats and also caught a bunch of little stripers. They are in pretty thick and are hungry, very hungry.

***Big news of the day is that the whole beach along the Parker River Wildlife Refuge is now open for all to enjoy. Parking Lot 3 opened yesterday and we have already got reports. James and Clayton have already had good luck….no wonder everyone has been anxiously waiting for this lot to open. These fish are from last night. Clayton caught his before sunset on a pencil popper and James’ fish was caught on a live eel as you can see and was caught closer to high tide.

Good morning Liz so lot 3 opened and clay and I had some fun with Clay’s PB 44” and fat we guess around 35-36lbs and we had a good pic of keeper fish. We had a bunch of keeper fish but didn’t get many photos. We moved Down to lot 6 later and had one 33” fish. 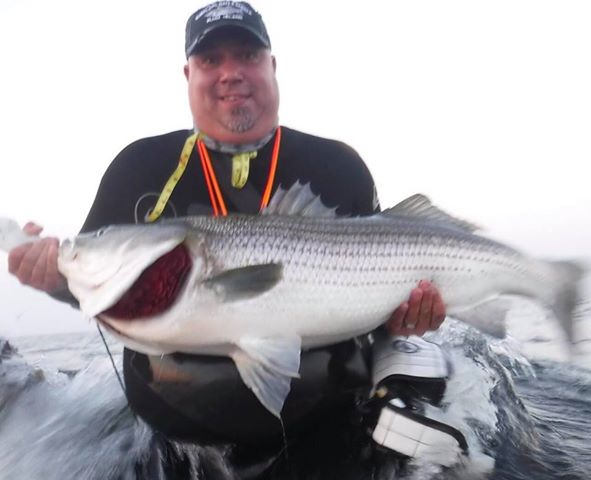 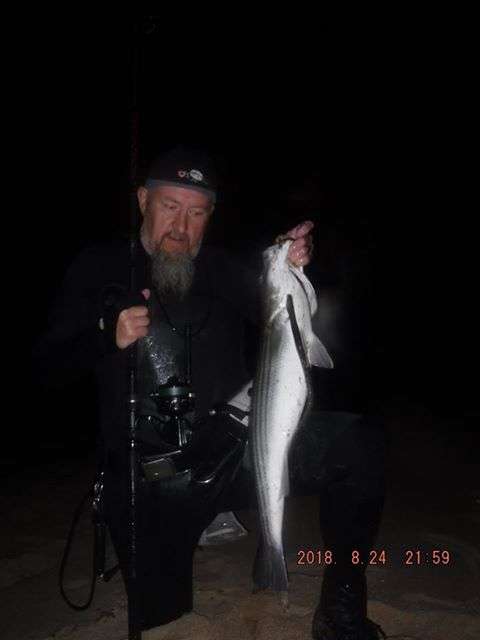 And this morning, Steve LeBlanc also fished parking lot 3 and caught a 13-4 pounder on chunk mackerel. 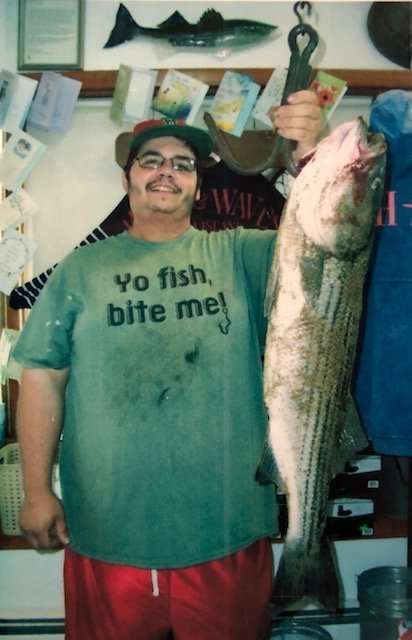 But don’t forget about the the southern end of the island or outfront along the beach here on the northern part of the island. The fish are starting to feed again and September is around the corner. Some of the best fishing is yet to come!

***Last weekend James jumped aboard a friends boat to be a mate for the day and help out with the yearly event hosted at Riverfront Marina in Newbury along the beautiful Parker River. Back in the Maine Stream has become a yearly tradition at the Marina and we are so happy to supply bait and a little door prize for each veteran that comes and spends the day fishing with someone that has lent their boat, time, and fishing knowledge towards making the event a success every year!  James sent this to us:

Fished with a Veteran today at back in the Maine stream thanks for sponsoring a great event got to put a vet on 6 different species of fish Striper, Mackerel, Pollock, Cod, Cunner, Menhaden.  Everyone helping did a great job with the bait shirts and cookout I tip my hat to everyone 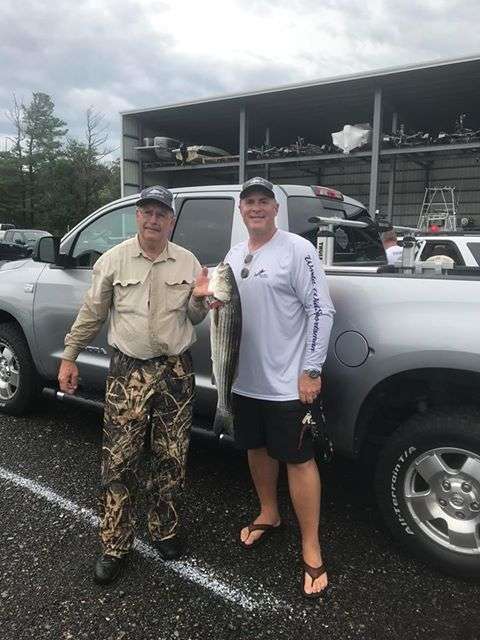