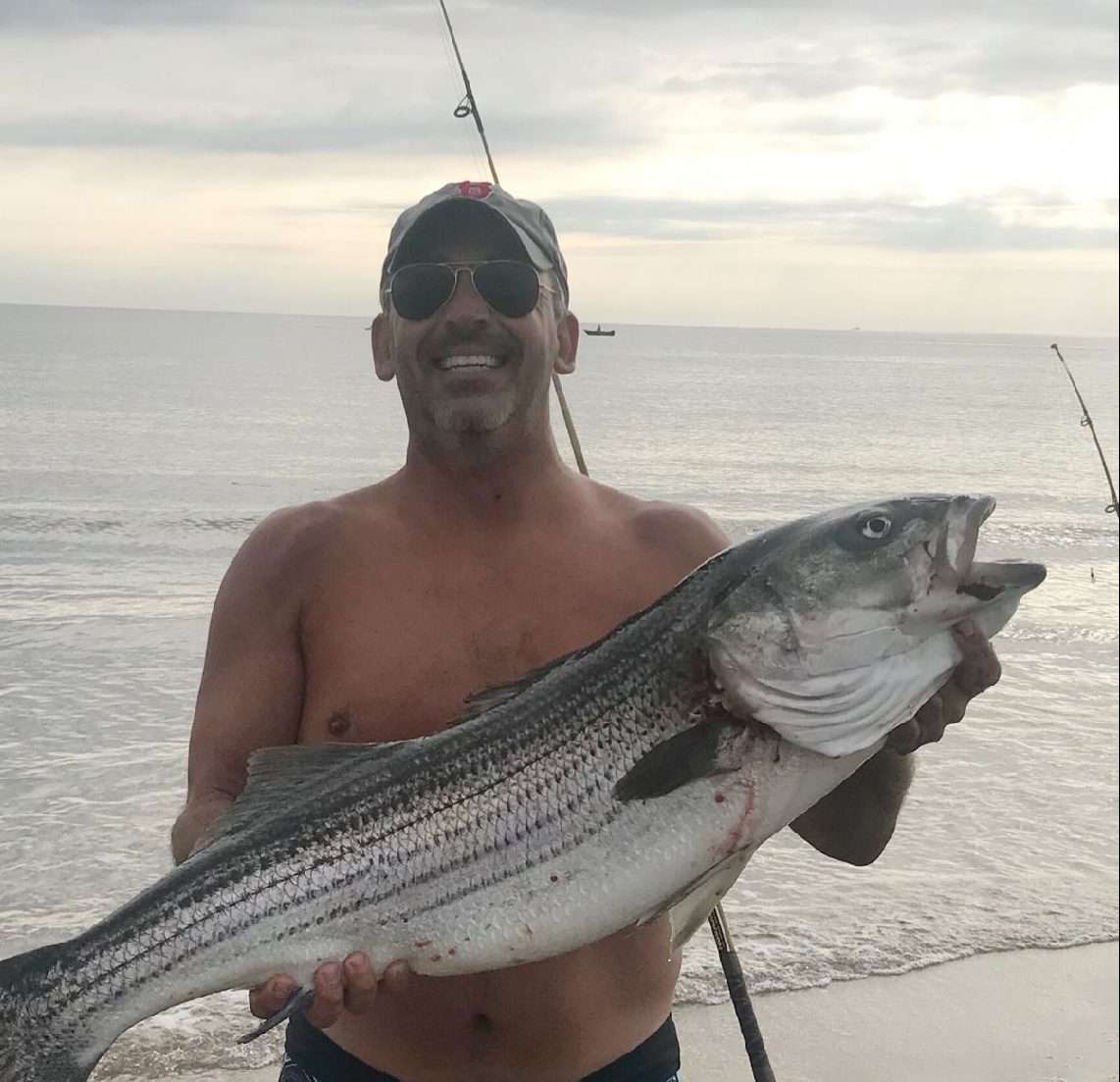 Whales, sharks, fish, oh my! With the abundance of pogies around the activity that has been happening of Plum Island and Salisbury has been nothing short of amazing!!! People are sharing pictures and postings on Facebook of whales feeding on pogies and sharks doing what they do best….swimming around and showing us their fin and making us nervous! Here is a picture we received of a whale just off Plum Island Beach this week. Also had another fisherman tell us that on Tuesday he was at the beach and could see a whale just off the beach area by Blue Inn (the old Waltons) near the beginning of the PRWR. Pogies were busting the surface and the whale wasn’t too far behind! 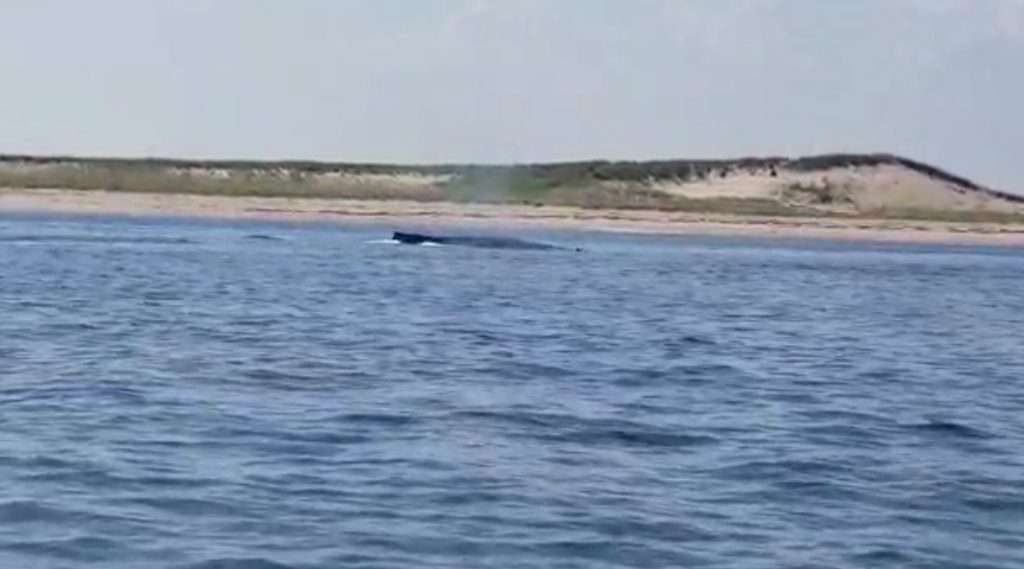 Dan, a Plum Island resident sent us this picture of a striper he caught from his kayak along the beach.

Off Plum Island, 45 feet from shore… 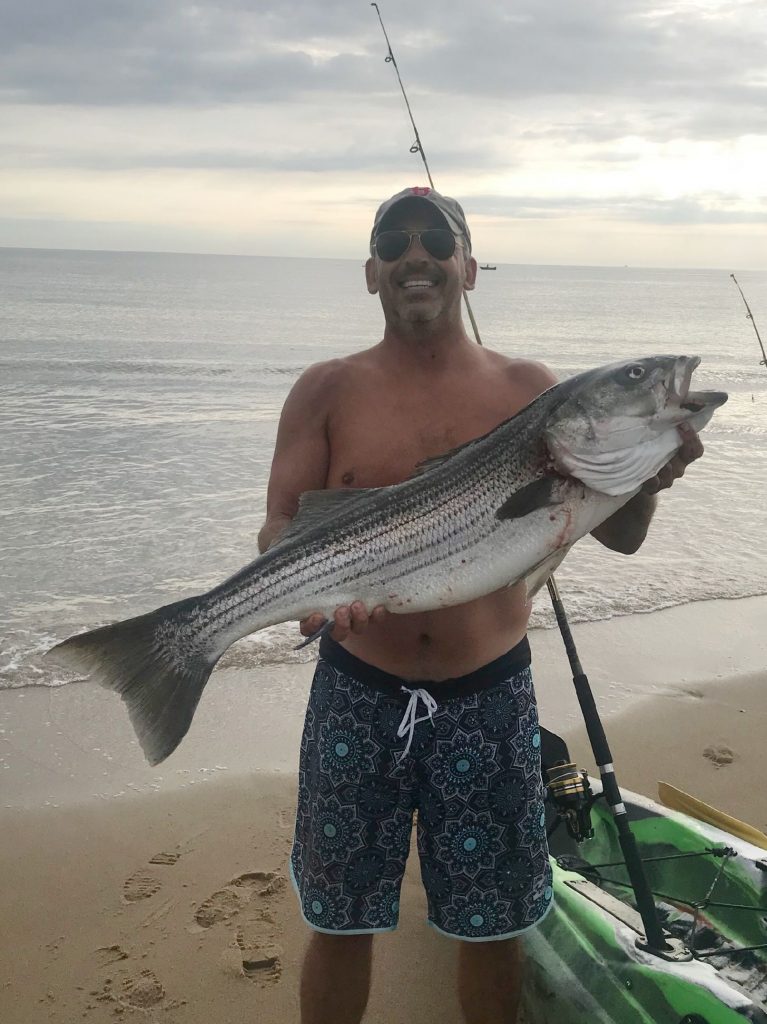 And earlier in the week we had Zach Dever from Mason NH visiting the island to fish. Zach caught this 27 pounder on worms at parking lot #3 on the PRWR Sunday afternoon. The rest of the week has been full of reports of schools of pogies busting the surface up and down the beach. A lot of guys saying there isn’t anything pushing them, but we think there fish under them and just spooking them. They have had their fill and are just hanging around underneath them in case they need an afternoon snack. LOL.

PRWR opens Saturday for the few that were lucky enough to get a drive-on pass. See you guys Saturday!