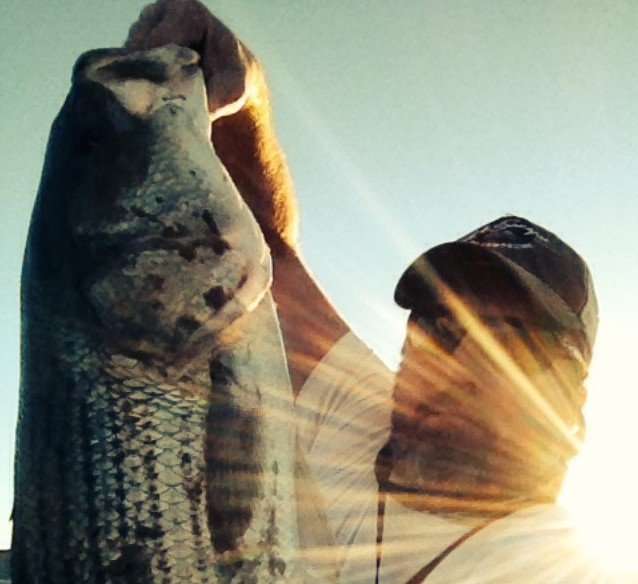 Posted at 12:10h in Uncategorized by Liz Cowie 0 Comments
0 Likes

John Healy sent this photo to us via cell phone while he was fishing on Friday. This catch and release fish measured in at 43″. Thought it was a great selfie with the sun shining in! John was fishing the southern end of the island with sea worms and caught this fish on his first cast. He immediately called Kay to tell her. 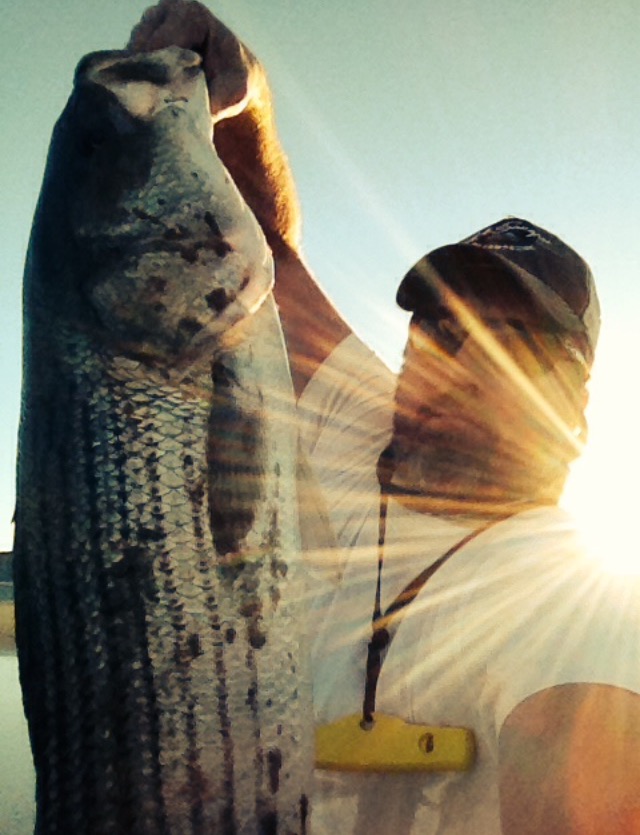 This weekend proved to be a nicer weekend weather wise than the last, but the weeds hampered some of the crew down on the Parker River Wildlife Refuge (PRWR) at low tide, but then seemed to move out with the tide. Again, we are hearing of a lot of small schoolies being caught up and down the beach with the occasional bigger fish (see Stephen Gallant’s posting that Surfland shared on FB). Now, you also don’t have to fish on the PRWR. We have a vacationer that has been doing very well along the oceanfront between us and the Blue Inn. Also down by the Captain’s Fishing Parties are producing small fish. And again, we were informed that there are still a lot of fish inside the rivers. If you like to throw lures, take a walk around the back side of Sandy Point. Work your way inside the mouth of the Parker and start throwing some soft plastics, swimming lures, and some top water stuff (depending on time of day).

On Saturday 9/17 John Taxiarhos from Dracut came in to weigh in his 17 pounder that he caught on clams along the oceanfront, John was fishing down on the PRWR and caught this fish at 3:00in the afternoon, which was about have way between high and low on the outgoing tide. So we mean it when we say that sometimes the tide doesn’t matter. Have heard of a lot of fish being caught somewhere in the middle of the tides. JUST GO FISH!