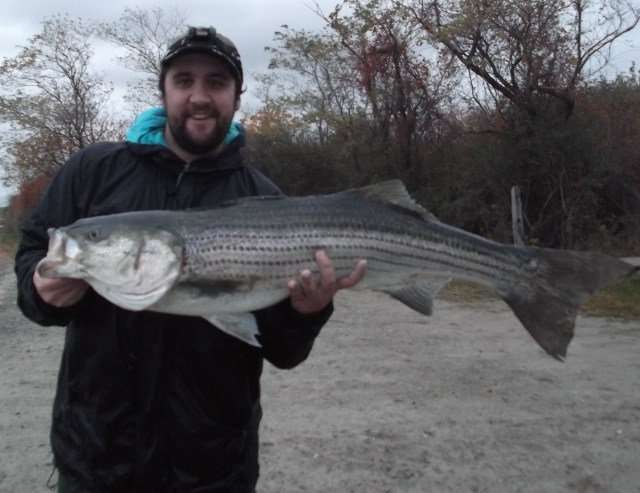 Posted at 12:43h in Uncategorized by Steve 7 Comments
0 Likes

We at Surfland are happy to introduce Steve G, an maniacal Plum Island surf fisherman who will be blogging fishing reports, stories, and fielding questions. Considering he’s out there casting 4-5 days a week, our customers should be getting some great up-to-the-minute news on the beach. We hope you’ll read along and enjoy his comments.

Well my name is Steve Gallant, born and raised in Ipswich MA. I grew up in an a outdoor oriented family and was introduced to fishing at a very early age. My first experiences were catching sunfish on a bobber and worm which then lead to my first fly-rod. I also spent plenty of time fishing for striper’s from my father’s center console.

After college I spent a couple years snowboarding in Utah. Landlocked was not for me…

Years ago I moved back to New England and am now living 3 doors down from Surfland Bait & Tackle on Plum Island, one of the Surfcasting mecca’s of the northeast. This re-ignited my love for fishing the ocean. I have been fishing for Striped Bass and Bluefish for years which is now bordering on an unhealthy addiction. Last season I calculated I fished around 200 days, a luxury I am afforded because of my proximity to this fishery.

Over the past few seasons I have honed my Surfcasting prowess significantly, and feel confident I am close to having the knowledge to realize my dream to be a guide. I have always enjoyed seeing a friend I bring along catch a striper for the first time and the excitement it brings. I fish primarily with artificial lures (plastics, bucktails, plugs and poppers) but will sling the occasional eel. Typically during the mid-summer months, I fish mostly at night. High water temps during the day mean these excellent nocturnal predators will cruise the shore in search of a snack. In the fall and spring there are tides and patterns that can send fish into a feeding frenzy at anytime as waters are much cooler and the fish are very hungry arriving from or preparing for their migration. The season can start as early as mid April and last until early November.

I have learned heartbreaking lessons by not using quality or stout enough gear to deal with the stripers and bluefish which patrol our shores during these months. My fishing is now done with top of the line rods and reels, an investment that has taken me years to accrue. I have also learned the hard way many other occasion’s about items such as waders, plug bags, pliers and other various equipment which I feel makes me all the wiser.

This season I hope to expand my skills yet again and discover new techniques that will increase my productivity as well as my potential to put friends and the less experienced anglers onto fish. 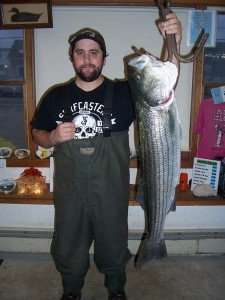