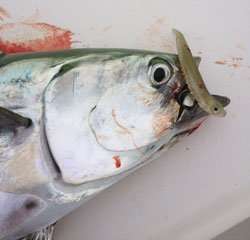 This weekend I got a few reports of busting False Albacore off the beach and jetties. Now usually I figure these are just Bluefish being mistaken for Albies, cause I’ve never seen one caught around here in my 12 years on the island. But lo and behold, the photographs came in with the reports. Amazing.

From Carson Paul, “Hi Martha, we had talked briefly earlier this afternoon on the phone about some odd catches. Sorry it took so long, just got home and unpacked my gear. There were alot of albies eating this afternoon (August 11) which sounds crazy, but i kid you not… Here is one from the surf! had a blast probably landed around 5 or 6 alone! everyone was bent up on the jetties this evening on falsies!!”

Jim L sent us a report of them too, “i guys out front today and we were hitting albies all up and down from the jettys to sandy point! Tight lines!!! “ 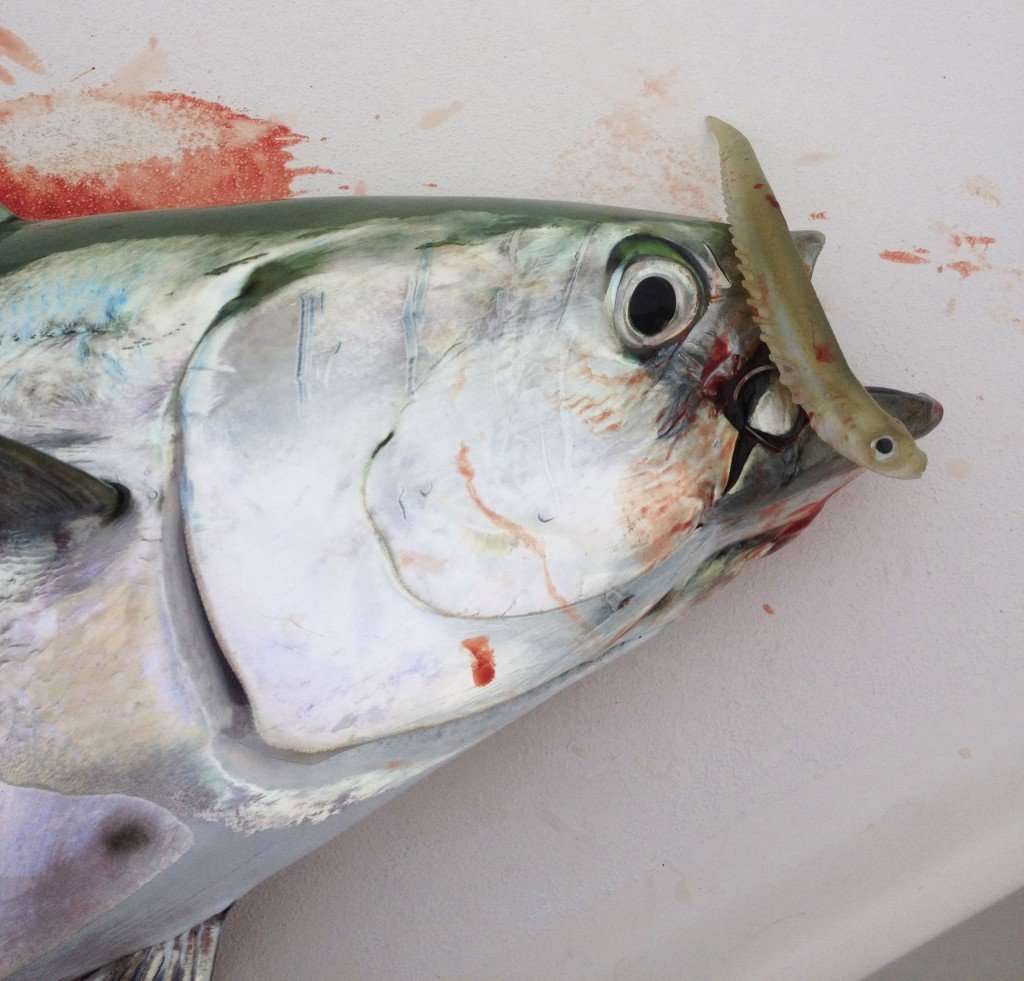 Liz from Surfland  has added:

Got a text from Tommy Kelly in the wee hours of the morning, (BTW Tommy..way to early to be sending me texts 2:08 AM!!!) He and Brendan hit the beach again last night.

He says “here’s a report……got Brendan some food for college, all 30″ fish!” 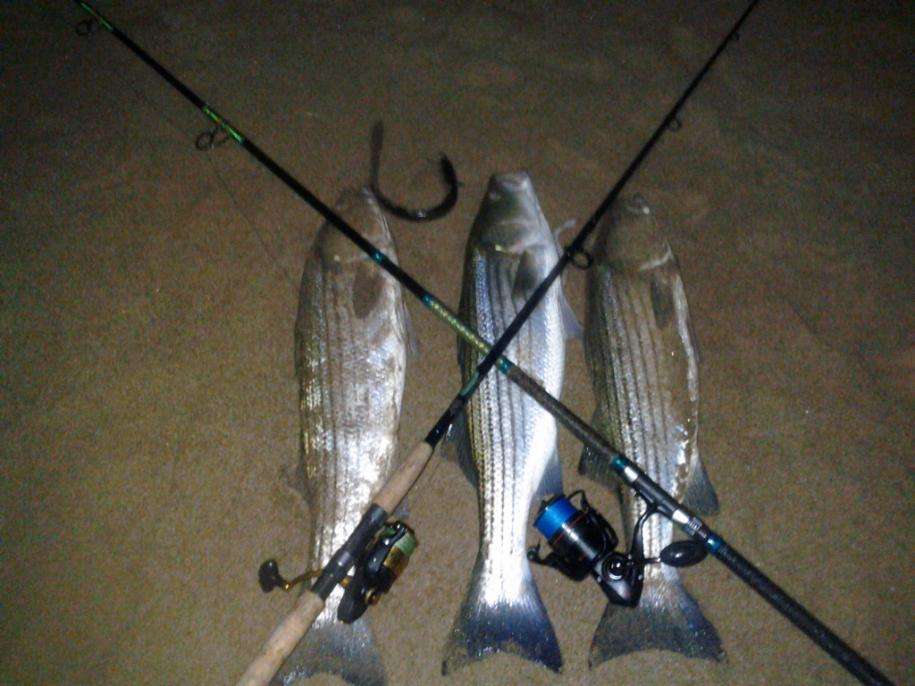 Also want a share a text & pictures from a friend that likes to fish the canal:

Canal lighting up at breaking dawn…here’s a 36″. All on top…all chasing mackerel…

Across from where I fish, a guy caught a sailfish on Wednesday morning….TRUE.

I was across the canal when it happened… didn’t see it, but sure heard all the fuss and screaming of the guys!!!… 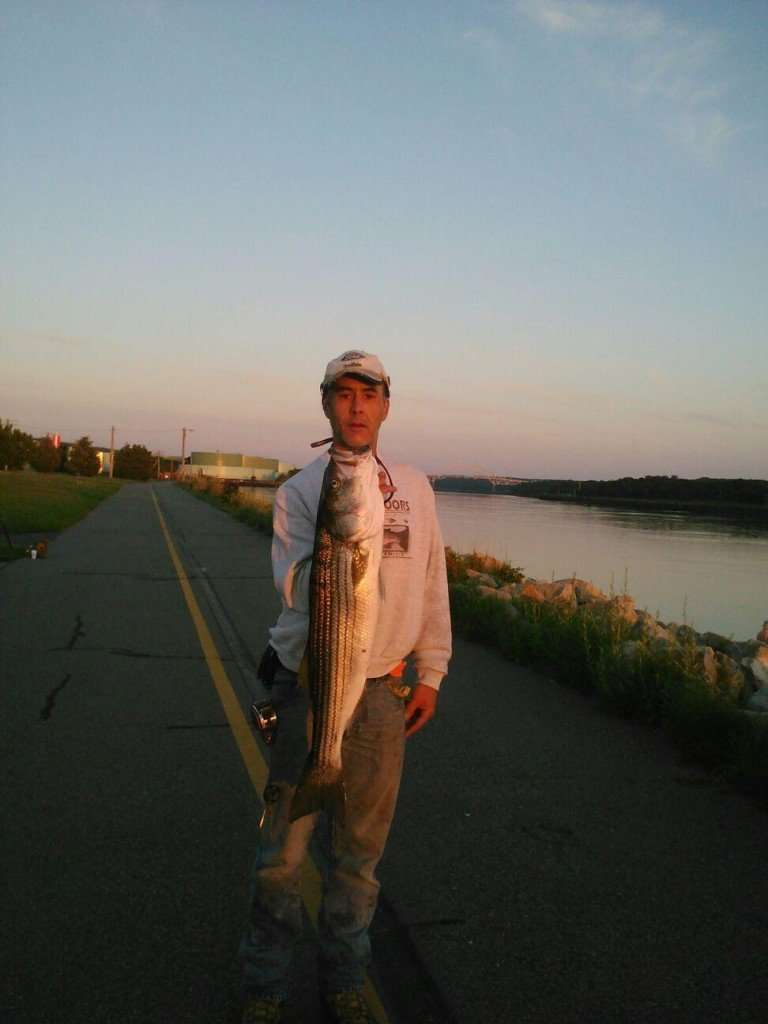 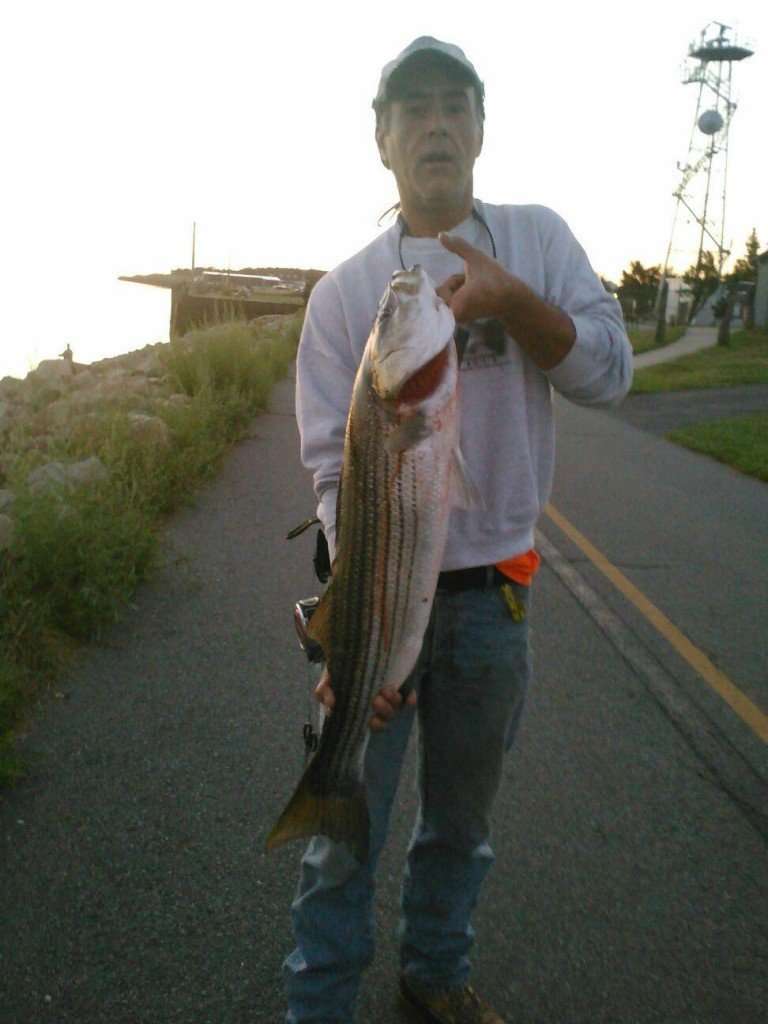