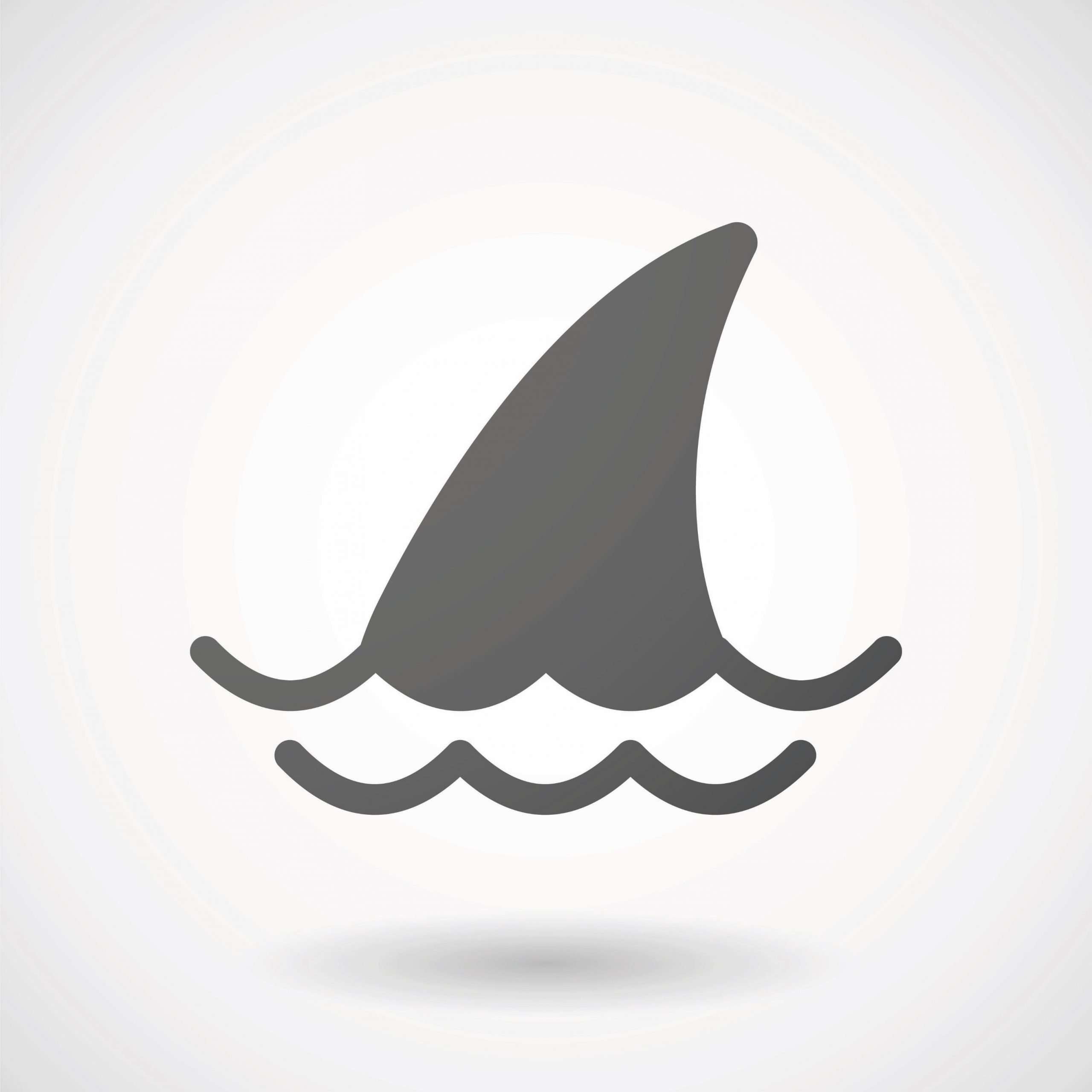 So it’s our turn for a story about a shark…….

Andy, Ed & Zach were fishing from the boat last night along the southern end of the island. The first time they saw the shark was just before sunset. Ed had a fish on and was fighting the striper when the fish started acting funny, not the usual run of a striper. It became very erratic and nervous. At which point Zach noticed a steady wake coming through the water towards the boat. They quickly landed the fish in the boat and just in time. A white shark  then circled the boat. Zach used a powerful flashlight to light up the water and better illuminate the shark. He/She was a solid 10-12 feet long. They then turned and followed it with the trolling motor just to watch it for a while. Later on when it was totally dark, Andy was fighting another fish a little north of the first incident when this fish also started acting erratic. Andy looked up to witness a large ball of bioluminescence streaking towards the fish. Just as Ed was about to net the fish at the boat there was a large swirl and swoosh and the fish was gone. Likely engulfed by the shark, the fish was a good 25 pounder! This all happened in less than 10 feet of water.

Okay, the reason for the story is mainly to give our surf fishermen a heads up. We don’t really think the shark would attack any of you, but………….if you have a striper on and are reeling it in and it becomes erratic you might want to open your bail, loosen the drag or cut your line and let the fish swim in a different direction than towards you. Would hate to have any of you in the water trying to release your bass with a shark around that has a taste for plated striper, a free meal and you are just the one holding the platter that he might also take in his quest for his meal ticket.

Fishing……..First off, the weather has been shite! (that’s for the Irish lads coming!) We have had a mixed bag of reports.  Have a few surf guys fishing the southern end of the island and say they are doing great. (maybe that is why there is a shark hanging about…..good eats!) Others are reporting little to none action for them. The water is warm, the fish are full, and this causes them to get sluggish (unless something is looking for them to become dinner) which can result in slow fishing this time of year. Patience people. The big fish are there. It is time to start fishing the nighttime. Get out the big plugs, throw live eels, chunk some macks, wiggle the worm. You need to just about piss them off to get them to bite this time of year. But with that said, September is right around the corner and fall fishing will start. Big bass get hungry again and start to feed for their journey south.

In the Merrimac River we are still hearing of lots of fish in the just under and just over legal size range. If you can  manage to get a quick trip in either before or after the rain starts you might not be disappointed.  This past weekend Aidan, Lea and the gang did just that. Using the old faithful tube-n-worm they caught this 11-10 pounder from the boat in the river just as the rain started. 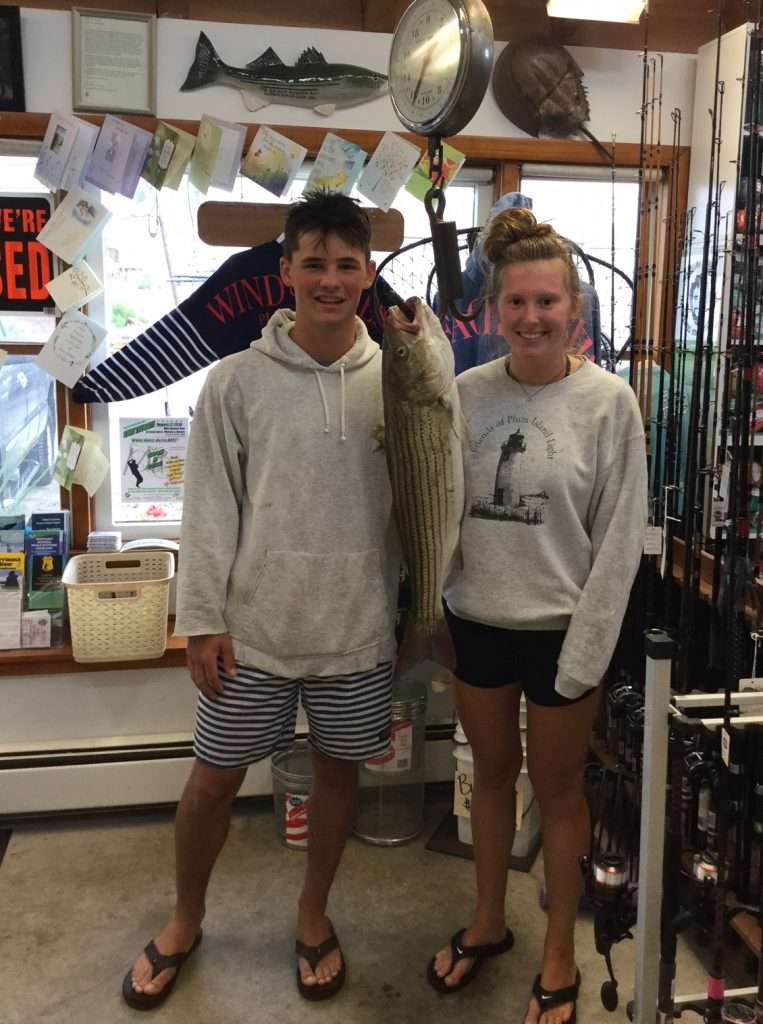 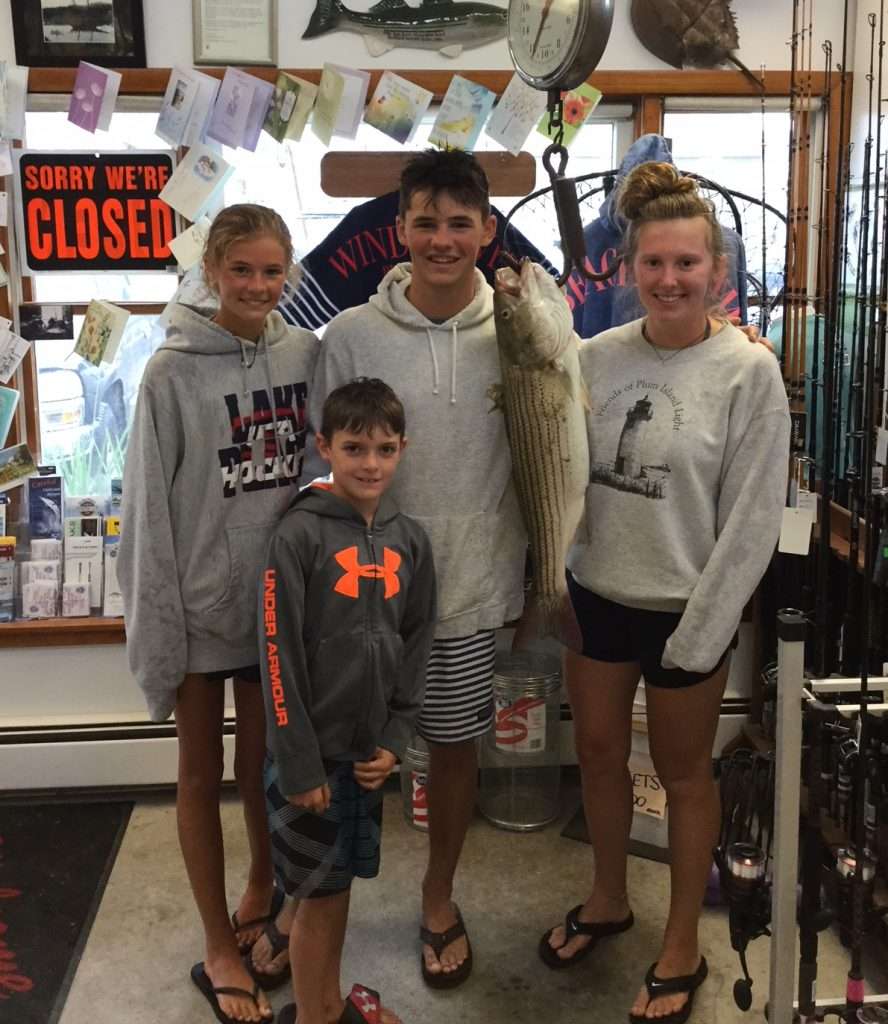 One thing that has been consistent lately is the deep sea fishing.  Mike MacCormack, daughter Sammy, and a few others did the all day trip Monday on the Captain’s Fishing Party Boats that leave from the northern end of the island. They left at 4 am and got back at 6pm. Long day, but they were rewarded with haddock, cusk and pollack. There was also red fish caught on the boat, lots of big cod that had to go back and a 20 pound pollack won the pool.  And someone even hooked up to a 7′ blue shark that they fought for a few minutes before the shark broke off.

(and see the fog was everywhere that day, even out there!)

And talking about a long day and night……one of our customers sent us these pictures recently.

John Berrelli from Vermont came down to buy clams and mackerel.  He  and his wife Dianne, were going out on the overnight trip on the Freedom of the Yankee Fleet in Gloucester.  John specifically wanted to target halibut.  He caught this halibut on August 6th on a small mackerel.  It weighed 61 pounds and was 53 inches long. 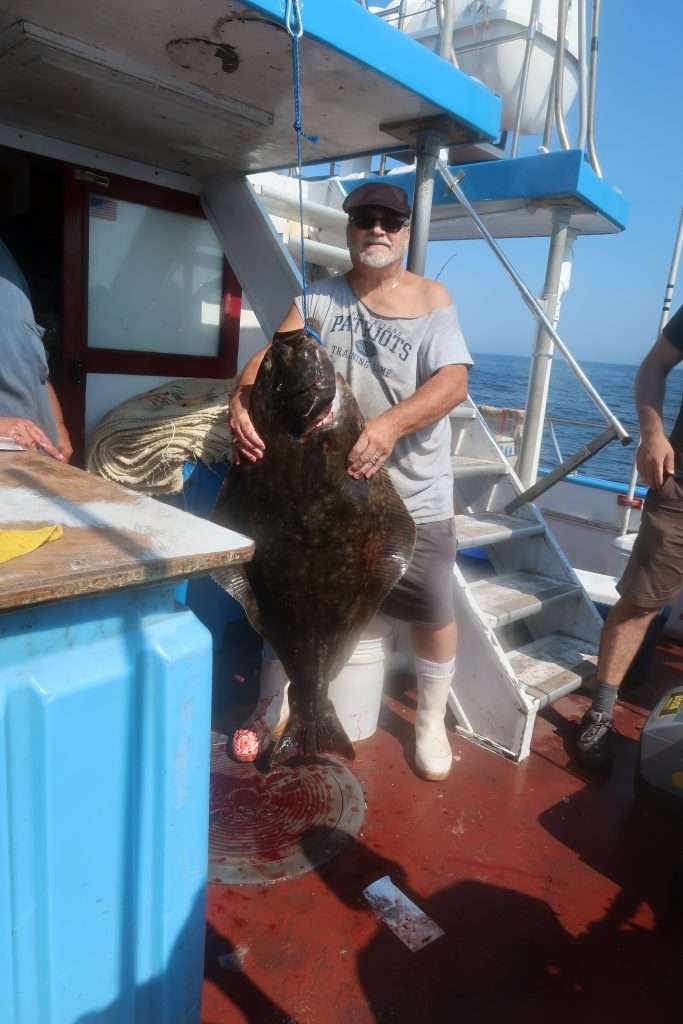 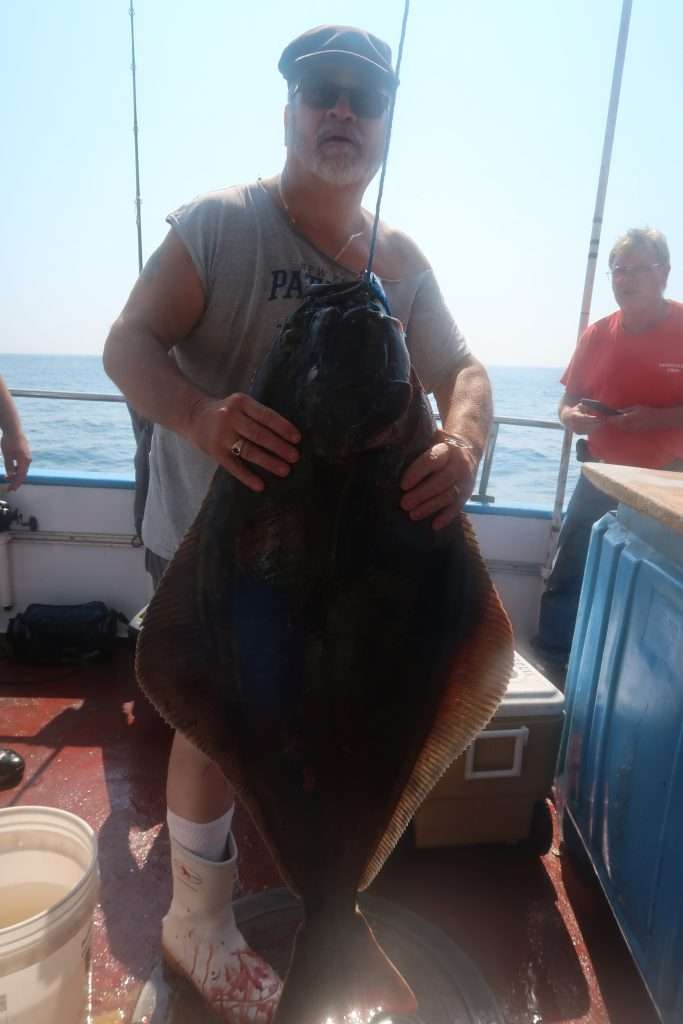 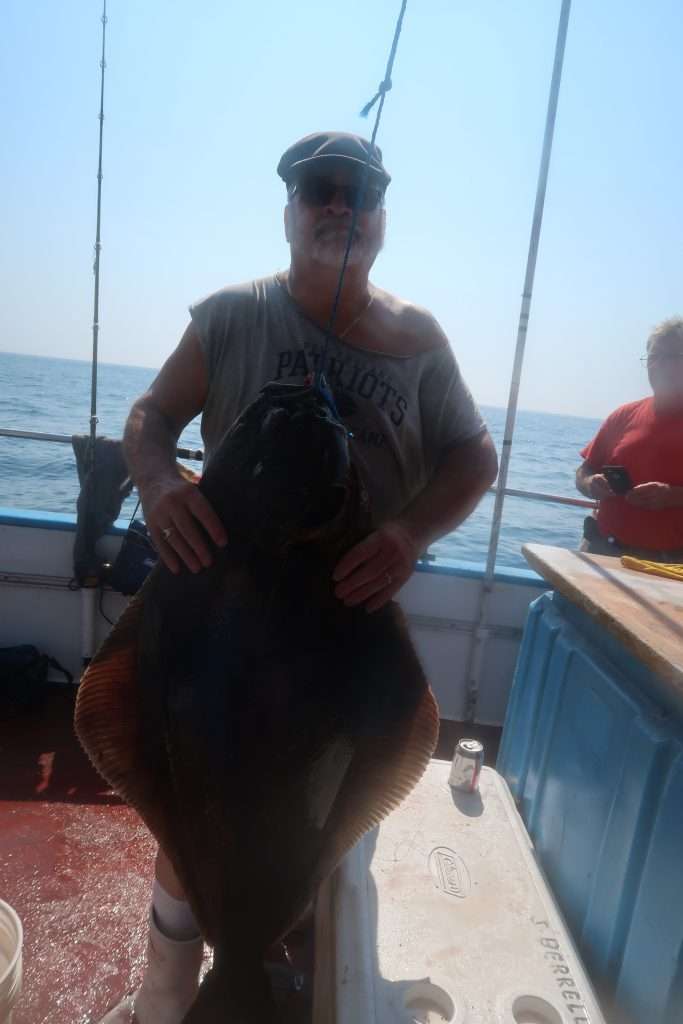 So, if the surf fishing has got you down in the mouth a little maybe head out on a party boat to get your fix or go out with some local charter guys. Our friend Scott of  Summer Job Charters is having a fantastic year. Check out his Facebook page. Call him or give us a call for more recommendations if you feel the call of the open ocean!