Okay, since the opening of parking lots 2 and 3 on the refuge, which was just two days ago, we have had more action down there than the last few weeks. As I reported yesterday, today was a repeat. It first started with Ed Bonczar from Tyngsboro, Ma picking up a 15 pounder earlier today on a tinker mackerel. Then we had Noah Legers from Westminster, MA, and his dad come fishing for the afternoon tide. They brought along Kurt Karkane and Jamison LaJoie from Gardner, MA. They showed up to fish a few hours on either side of the high tide. What a day! Pictured here are the boys with their catches. First Kurt holding a 9 pounder, then Noah with a 9-4 pounder, and Jamison with a 8-14. This group used clams and worms and fish were caught on both baits. They also caught about another half dozen fish that were just under the legal size. Congrats………..they are headed home for dinner. HAPPY FISHERMEN!!! 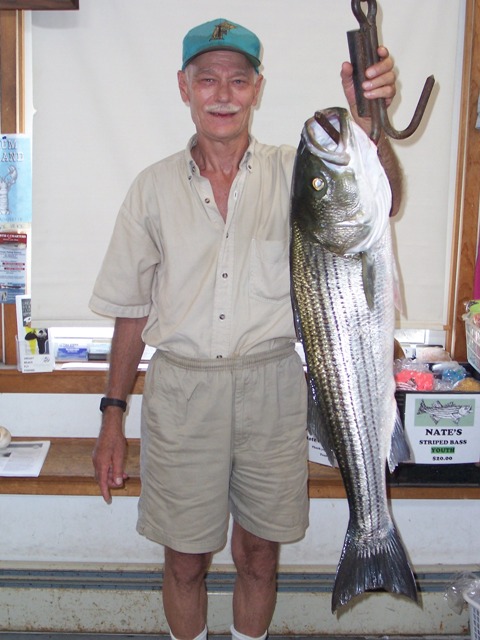 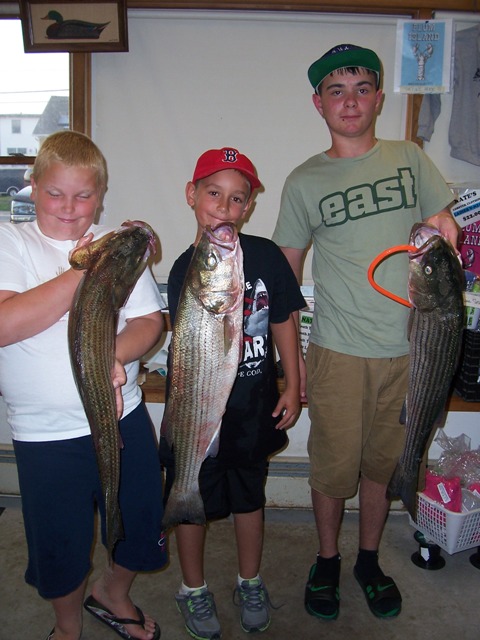 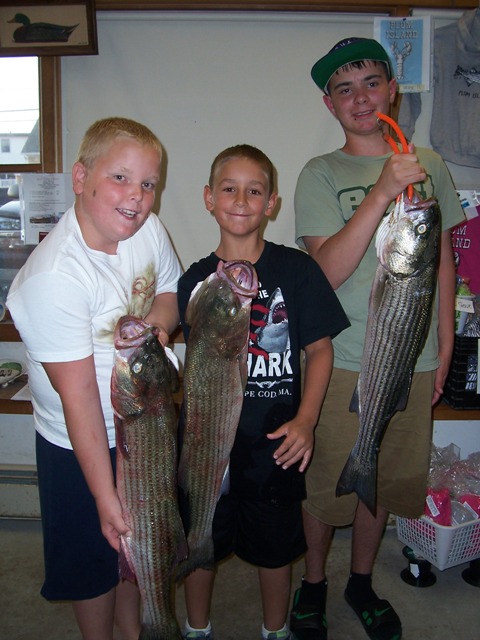