AUGUST 11 – Nobody out fishing on such a beautiful day!!!!

“We ended up catching a bakers dozen of schoolies………Of course……worms……Striper Candy!!!!” 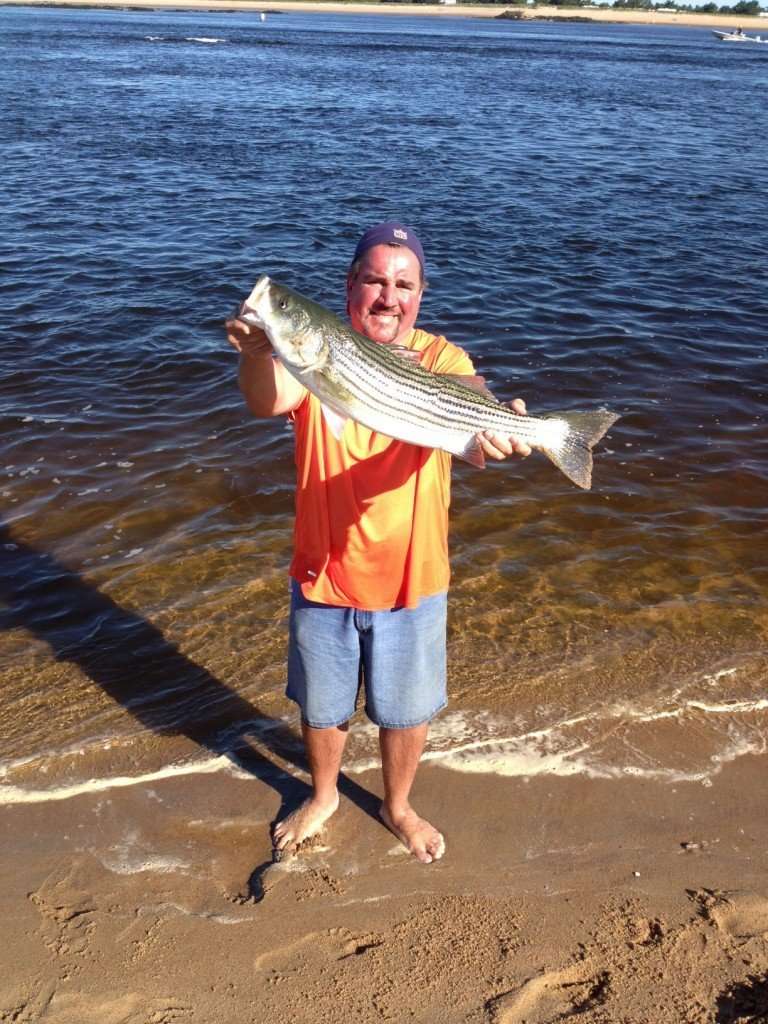 Now, I know there are some of you out there! We would just  like to see more of you. Brendan and Tommy from Surfland hit the front beach around the midnight hours and worked eels from the surf and were rewarded with a few fish in the ranges of 28″-34″. Papa Smurf……excuse me, Ed Kelly and son Andy hit the front beach for daybreak and got some smaller bass. Andy and Ed also took the kayaks out along the front beach during the low to incoming hours and but didn’t get any fish.

Late this morning we h ad a fisherman in who did well on small bass fly fishing at Sandy Point using deceivers. That is until, as he called it “the yellow eyed devil” took his fly. We have heard of blues off of the Ipswich area, but first one we have heard from the surf at SP so that is good news for the guys that like to fish for blues.

We were on the phone again last night with the guys at the jetties. They lost the striper, but still had a good time with the blues. Reports from the boat guys yesterday afternoon confirmed that the blues and bass were working the area. The action didn’t start until the turn of the tide. So, get out there and start fishing!!!!!!!!!!!