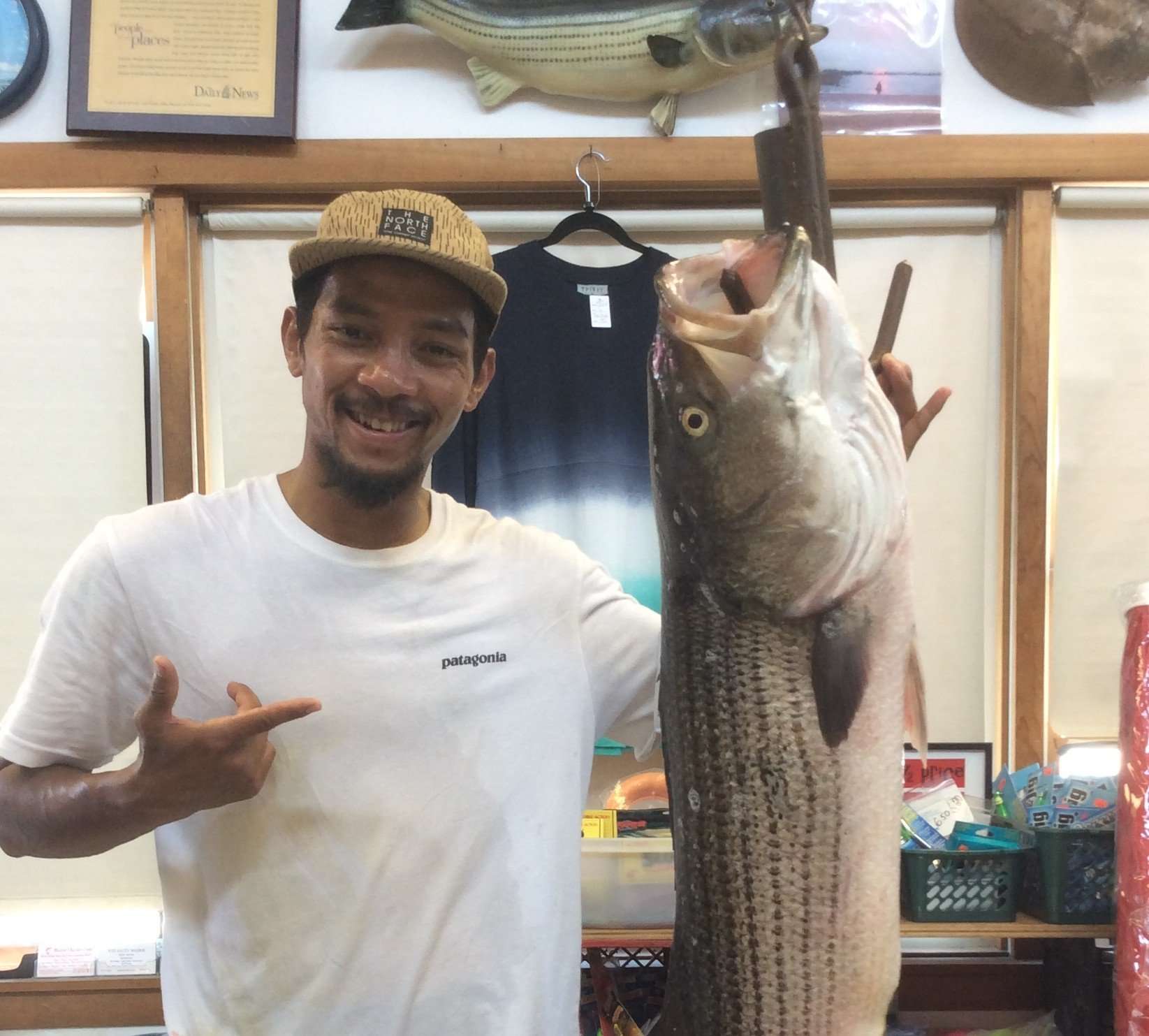 Well it has been the summer slumps for sure. Like Steve said in the last report, this time of year can be very slow and if you are search of some bigger fish, it is mostly night time fishing for you. However, we do have some fishermen that are still catching those little pesky, hungry schoolie stripers. Craig is just in the shop and reported that his son, Ben caught 3 small ones before dark along the beachfront on the high tide. Low tide in the river is also producing some schoolies. But, yesterday we finally saw a big fish. Socheat Pray from Lowell, MA was fishing the bottom of the outgoing tide on the jetties when he caught this 22-2 pounder on a chunk of mackerel. Socheat had tried to release the fish, but it didn’t make it. The extreme heat we have had over the last week also affects the fish, especially the bigger ones, so you have to spend probably a little bit of extra time reviving a bigger fish. But this one will end up on the dinner table. Socheat also says he caught a small schoolie, and that was about it for the day.

We have heard of some big bass being taken, but this has all been at night. The trick is to find the cool spots. Under bridges, somewhere where you know there is a hole, sometimes the back side of a sandbar area can drop off and the fish like to hang out there. Hopefully with the change of the weather today and the dropping humidity this will prod the fish into some action

Bluefish oh Bluefish where are you? There has been Bluefish caught off Halibut Point and further into Gloucester. Also a few reports from the Ipswich Bay area, but these are the boat fishermen we are hearing that from. And there is the occasional one from the boats inside the mouth of the Merrimac River.

The mackerel are back in the area since the bluefish are mostly south of us. Some days they are off Breaking Rock and other days they have been further out like Speckled Apron.

Flounder? DEAD around here as far as we know. 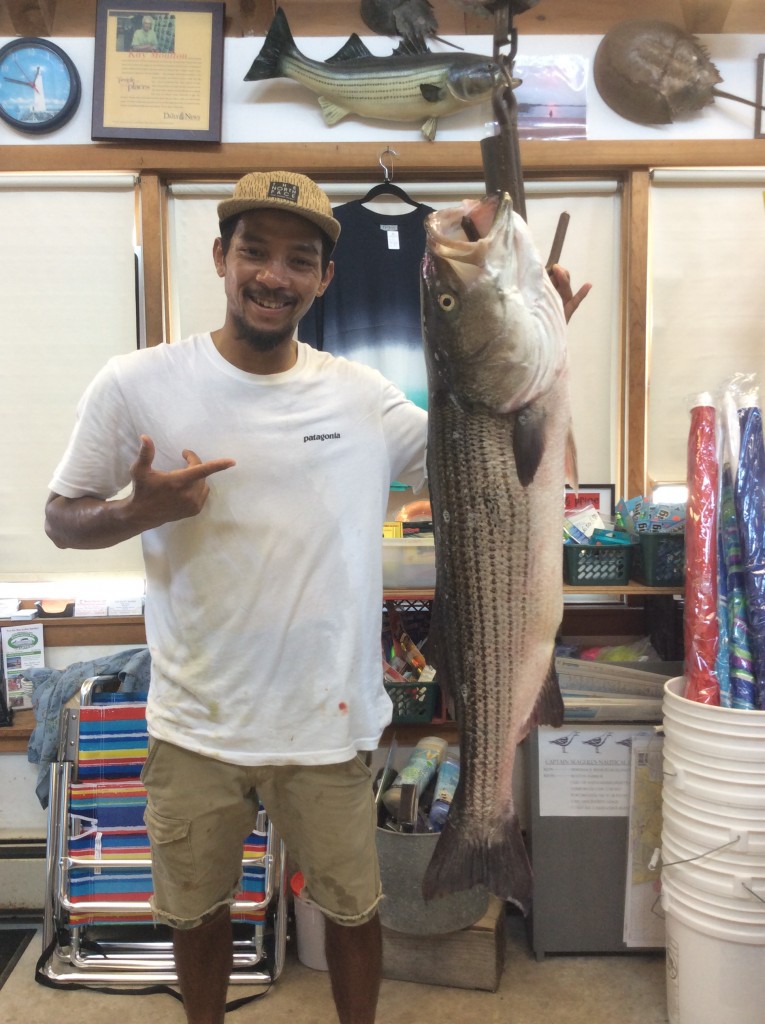