Well Ed Kendreks 62 pound fish lit up the Reel Time forums this week. Should he have kept or released it? There are a lot of opinions. Check them out here.

We think there is a real merit to the argument for catch and release to preserve the species, but then again it’s currently legal to keep big bass. Keeping a trophy bass seems like it should be continued, but there is real pressure against it. We also consider the perfectly legal commercial striped bass season to be alright. On the other hand, when they are taking thousands of pounds of 36″ plus fish it makes us kind of cringe. Time will tell if the regulations change. If you have photos of catch and release fish, we’re happy to post them here. Send them to stickman@surflandbt.com and they’ll be right up.

In our enthusiasm for the big fish, we neglected to post a few nice fish stories last week. Here they are:

On August 6th at just about slack tide in the Merrimac River, Richard Cyr was fishing with Richard “MUGGS” Mugavero out of his boat when he hooked into this 20 pound 6 ounce striper while live lining mackerel. Richard is Grandpa to Hunter Cyr who was visiting from Idaho in July. Richard would like to send a big “hello” to Hunter with the message: “look what Grandpa can do!” Seems that our local Muggsy has a lucky boat! 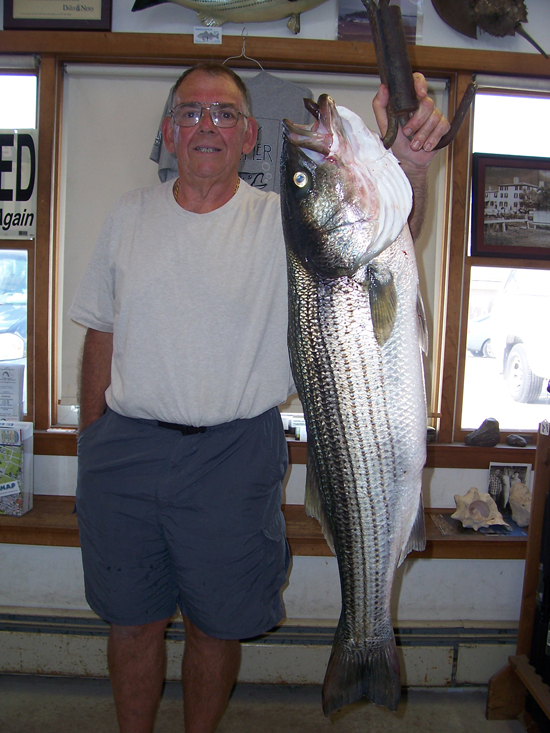 Dave Depaulis from Chelmsford  caught a 26-10 using worms on august 7th. Dave is one of our long time “buggy” guys. But he had to foot this one back from the beach since there is no drive on yet. 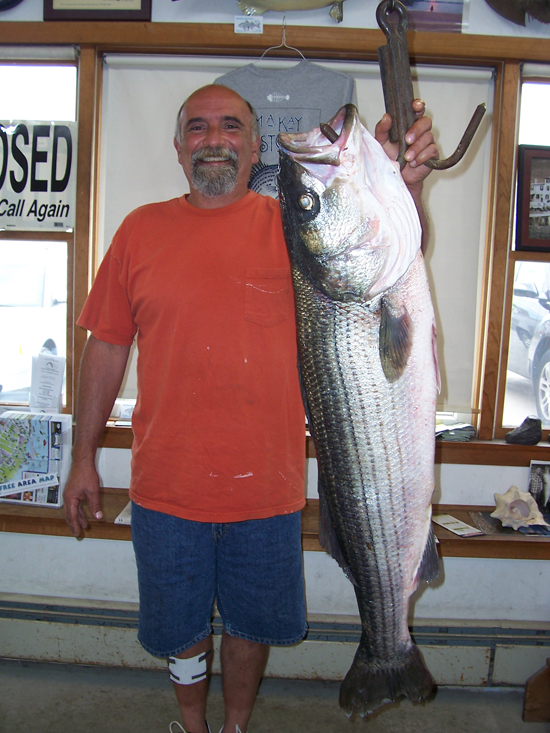 Jonathan Stein from Wellesley, was in this morning and bought some mackerel, headed to the beach, and shortly returned with supper.  This one weighed 18-4.  Again, this fish was caught from the oceanfront not far from the shop.

As you can see both fish were caught using different baits. So one someone comes in and asks “what should I use” it is hard to tell them.  You just never know what they feel like eating or why. So our advice to all you fishermen is “variety”. 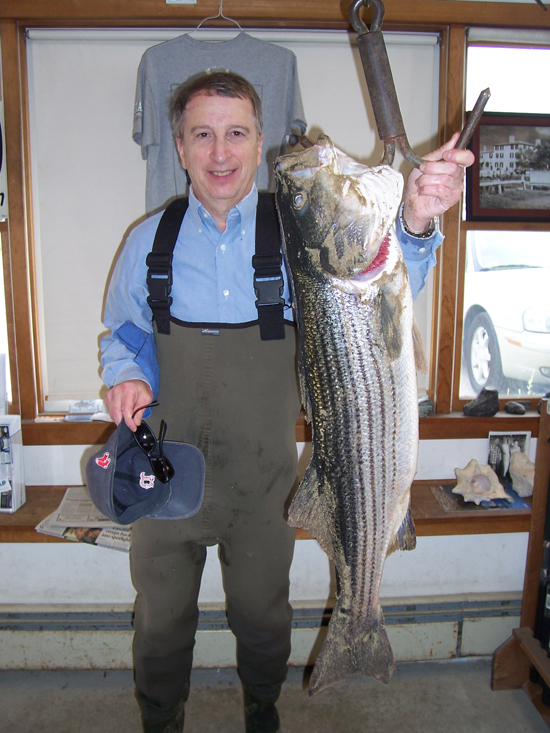 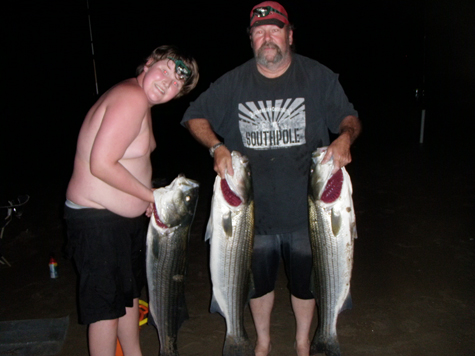 The tuna sightings have been pretty constant lately, but not too many hookups. There have been some small tuna, and some giants. The problem has been that the tuna are popping up and going down really fast. There haven’t been many sustained feeds on the surface, making it pretty hard to cast into the fray and hook up. The fish are as close as a mile out of the Merrimack, and the Halibut Point area off Rockport has been good for watching too. Your author was out a week ago and saw only a few fish, but a nice pod of whales that cruised along his boat for 15 minutes before disappearing.