It’s been a slow day on the island as far as fishermen traffic so I don’t have much to report. But here is what I know.

Our very own Billy showed up this morning and went out to the beach to try his luck. He walked to the left of the center and began casting some lures. He didn’t manage to catch any stripers, but he did catch 2 mackerel!

We had a fisherman in just a little while ago who said he caught some small stripers in the river on the outgoing tide.

I can also share another photo from the weekend:

“Hey Liz, beautiful Sunday morn…. And beautiful stripers!!!!! Got ten at lot two this am… Two keepers, this, the best at 32 inches!!!! Paul S of Chester NH.” 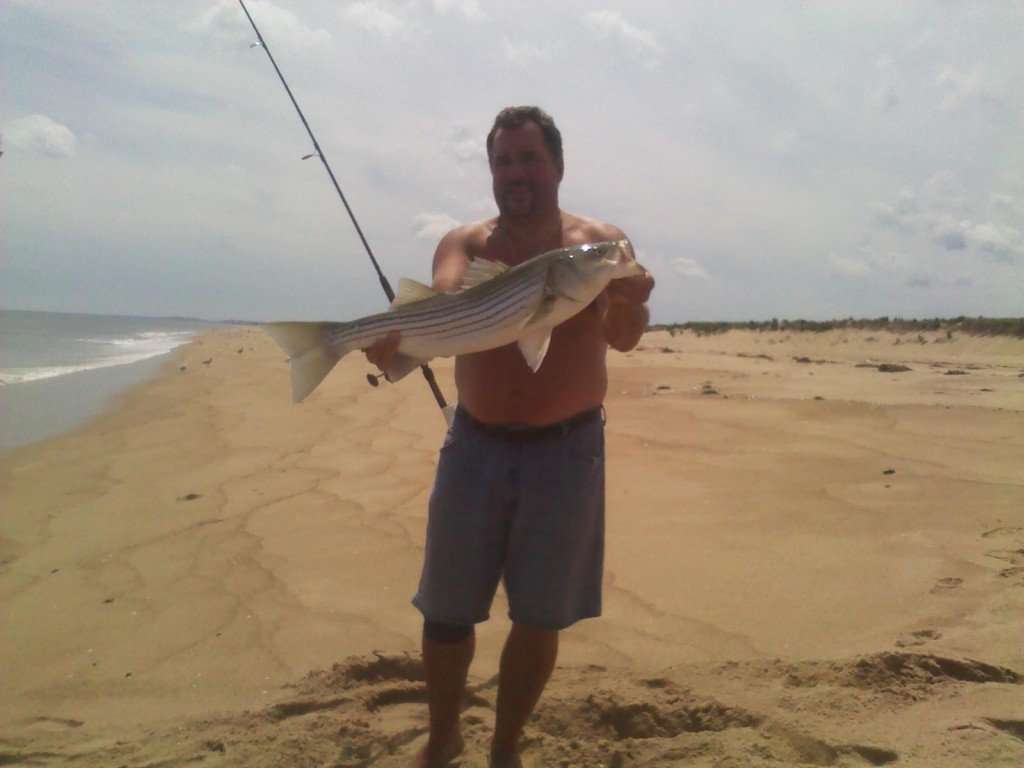 We did hear from a guy in Nova Scotia who said they are loaded with bass up there. They haven’t had the best years for bass lately so this is encouraging. Here’s hoping for a good fall run!