After launching from Marshfield 2 days in a row (friday and saturday) and 2 fruitless tuna trips, I was hauling the boat back up to newburyport with my tale between my legs. I was on the phone with my wife telling her about my failures when she said “you know,since you got this tuna bug you haven’t done much striper fishing, and your youngest daughter (3) has still not caught a keeper.” My first three all have landed keepers, so I knew this had to be remedied. A plan was quickly formulated and I drove straight to cashmans, splashed the boat and picked up Holly and the kids at my slip in salisbury.
.
The whole family was on board with one common mission, get Kaylee her first keeper!
.
We left the dock just in time to watch the sunset, and had eels in at dusk. Just after dark we got the strike we were looking for, and drag started peeling. My oldest, Nathan (8) has become a pretty competent mate and he cleared the other line as Kaylee got on the rod and fought the fish “Wicked Tuna” style from the rod holder as her brother and 2 sisters cheered her on. 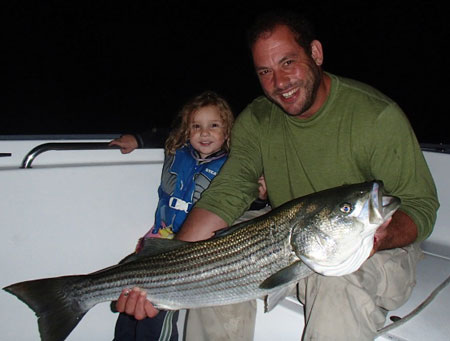 .
The fish made a few runs but eventually came to net and we boated this nice 34 incher. 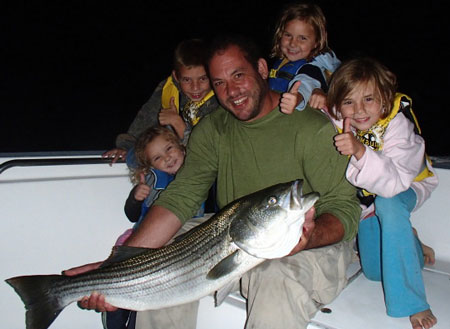 Kaylee and the Crew.
————–
We’ve got a few customer posts to share:
.
From Dustin on August 22, “Caught this fish on the beach front with worms on the incoming last night. Great fight, released to grow bigger and fight again.” 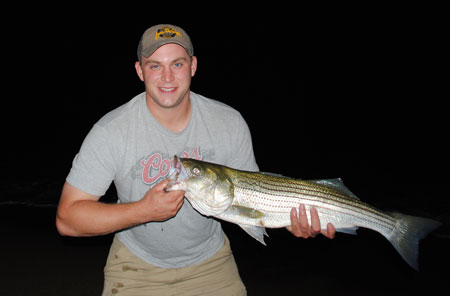 .
John writes last week, “Hey Stickman, The attached picture is a nice 25 pounder taken just after sunrise on Sunday morning outside the mouth of the Merrimack. This fish was hooked in the dorsal fin, so it took me quite a while to land. We saw lots of birds working and plenty of stripers and blues underneath. It was run-and-gun at it’s finest! 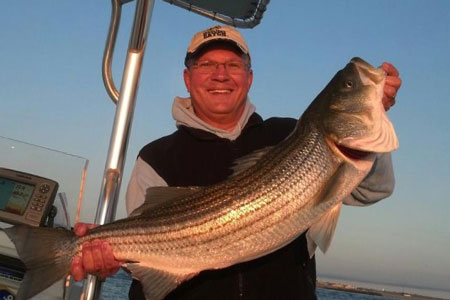 .
On August 20 Jim Seymour wrote, “My grandson Riley Laclair from Concord NH caught this nice 34lb Striper Friday August 17th at 7:00 AM just east of the triangle pick on Salisbury. Using cut Herron on his third cast of the day, whamo, took him 10-15 minutes to get it in. So Proud of him.” 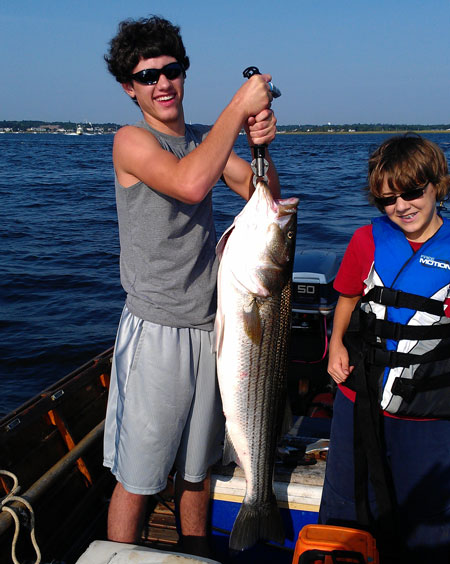 .
George writes, “My buddy Matt from the great parts of Barnstead NH caught this descent Blue on chunk Mak off the southern jetti! Released in good health!” 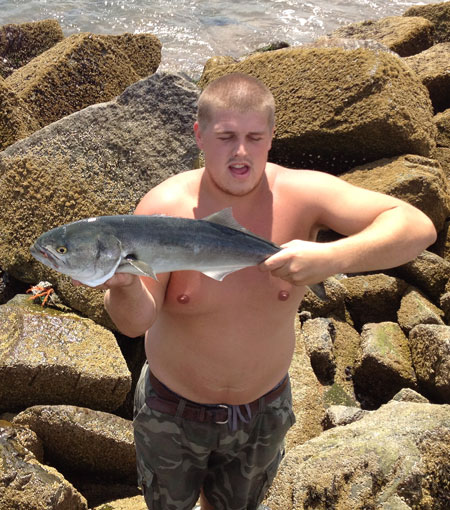 .
I picked up a dozen selects about 7:30 yesterday Friday eve .
Asked river or beach? – you guys said beach.
And not to real chuck out the line since the worms were fresh.
After catching a few schoolies hooked on to this one.
Caught later in the evening just before the rain set in using basic fishfinder set up, 20 pound test.
Penn 7500 SS reel bought at Surfland
.
Tom F.
Byfield 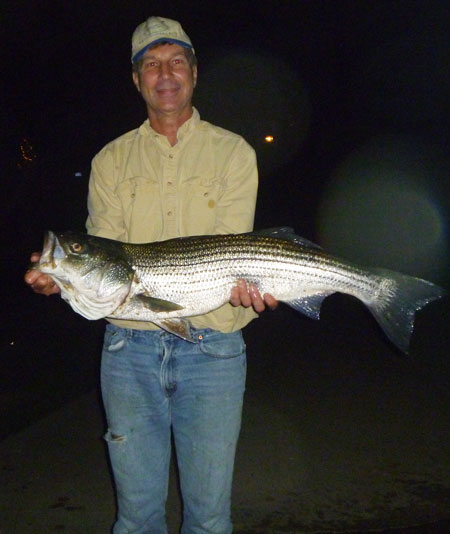 .
I’ve saved the best for last. Rob Matthews sent us this pic, “I came in this morning (Sunday at 6:30am). My 11 yr. old son Diego sat skeptical in the car because he has never caught a striped bass on Plum Island. (Neither have I) You and a mystery man told me where to fish and what to use. My son caught two. Me? I caught a 10 inch bluefish. So now my son leads me 2-0 in the Striped Bass competition! Thank you!” 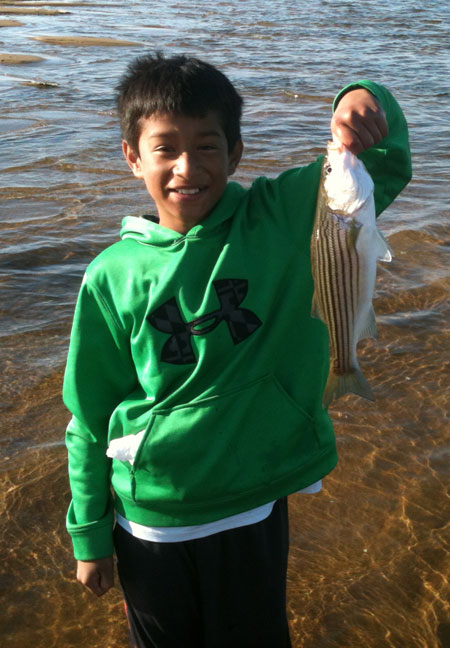