We’ve just had a wicked thunderstorm, and as you can see, the road outside the shop is a little damp. 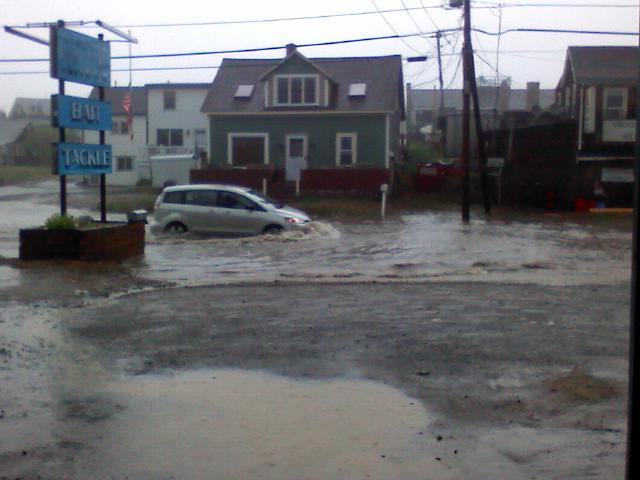 The Fishing has been variable. No rhyme or reason, but yesterday’s SW blow seems to have disrupted the fish a little. Before that the Bluefishing in the mouth of the river has been pretty good. Decent sized blues were taken with trollers (rapalas, umbrella rigs and such) They also seem to be chopping the drifted mackerel in two with great frequency. But today there was nothing there as far as we can tell.

We did get these reports earlier in the week. Jack wrote me and said, “I caught two blue fish this morning (8/3) right at sunrise/high tide at the point on the beach front.  I used a small Hopkins metal with a lime green tube.  The fish were about 25 and 28 inches.”

Kevin told us Tuesday, “Was out from 9-4 yesterday fishing the incoming.  Pulled only 1 live mac from Breaking Rocks; livelined it in the mouth until a hungry blue chopped it in half.  Chunked day old macs all the way down river to joppa and pulled in some snapper blues and 8 30″+.  Such a a great fight! Took only 1 24″ striper in front of Capt’s.” Todd wrote, “Meant to check in the shop after I came off the beach, but I just kept driving. Caught some blues off the center Monday morning, into daylight, probably right on or just after the high tide. Mine were medium, but a guy fishing down the beach from me came back dragging a nice one, 26-28 probably.”

Last night there were some very small stripers taken on the south end with surface lures. The flats are consistent in the daytime with tube and worm setups, but we haven’t heard much about the other methods, other than the bluefish were eating all the casted eels.

Last Tuesday night our regular contributor TallJeff had some fun on the flats, and he sent us this nice 40 incher to see. He didn’t say what he got it on, just that it was, “Hey how goes it?  Sorry it took so long getting back to you.. That fish was 41 in and 26 ponds caught at night somewhere around the Merrimack. We actually got quite a few that size” 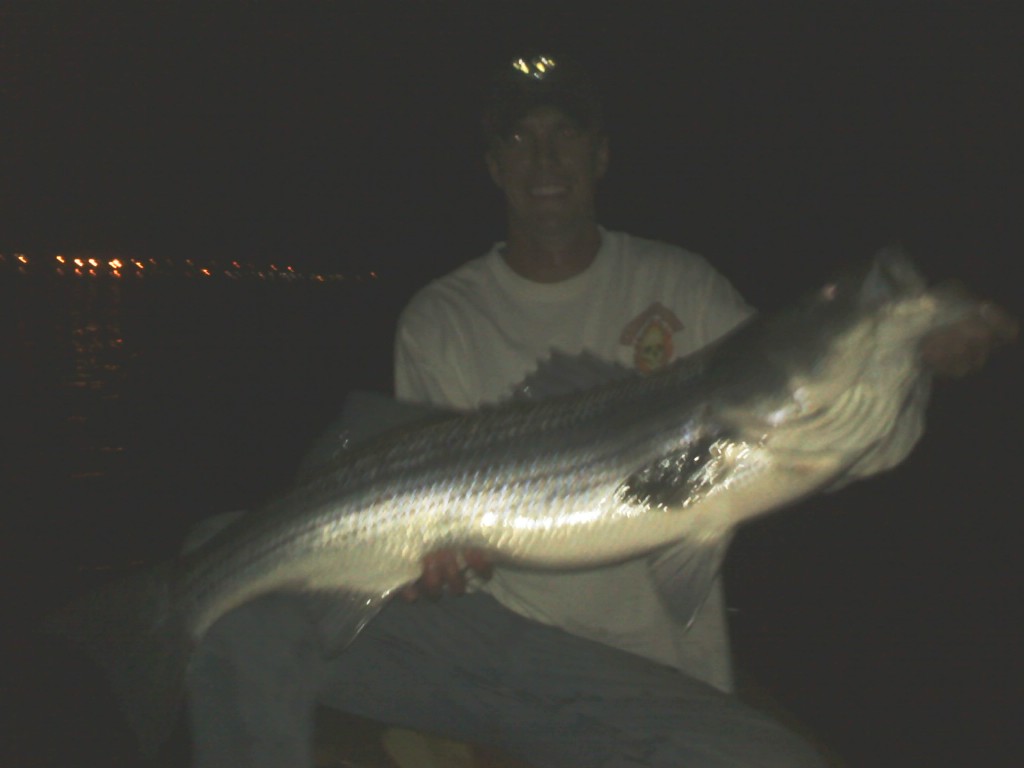 On the Tuna front, there have still been multiple sightings between the MR buoy and Speckled Apron. Didn’t see any today in the fog, but there’s always tomorrow.