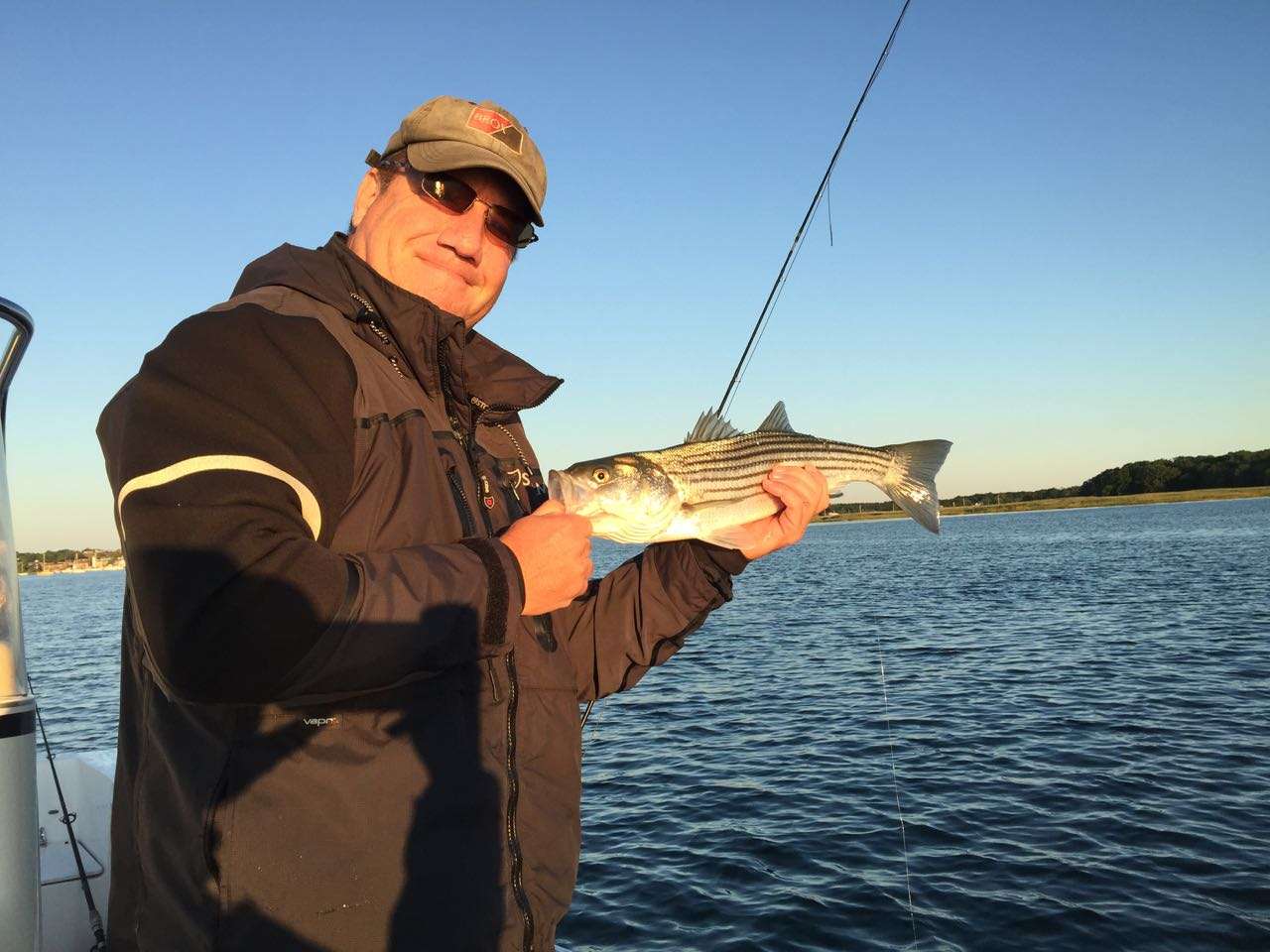 Stickman here. The fishing around the island is thin. I’ve been out mornings and late nights over the last week or so, and only have one decent fish to show for the effort. Livelining eels at night has been reasonably productive, with my top striper measuring out at 37″ (released back into the darkness of the Merrimac.) 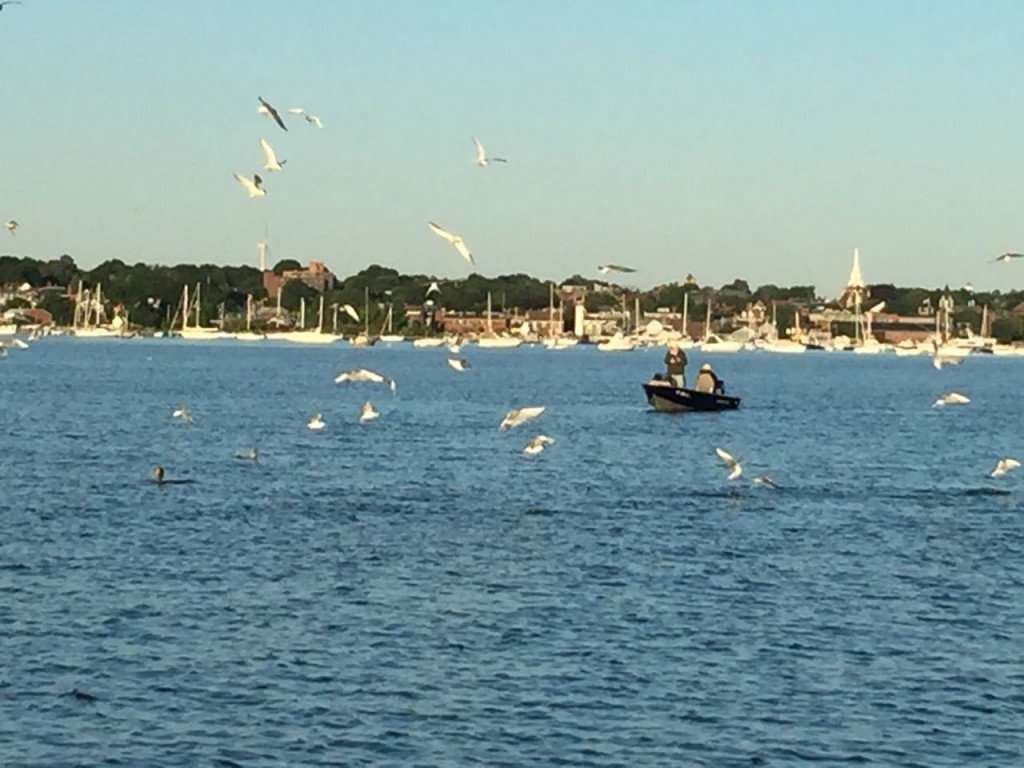 This morning at daybreak high tide Jim C. and myself boated around looking for fish. The birds arrived at sunrise, and there were plenty of them. They were feeding on large clouds of 2″ sand eels that stretched from the barges on the north jetty in the mouth, all the way back past the toothpick. Though we casted with poppers, sluggos, and flies, there was no love. The birds were smashing everywhere, but we saw no familiar fish splashes beneath them.

Venturing upriver a ways, we zeroed in on a tight group of terns feeding in 7 feet of water on the north side of the river. For about a half hour there were schoolies underneath the birds, and though it looked to be easy to hook up, the fish seemed to be keyed in on the small fry. We grabbed only one small schoolie. 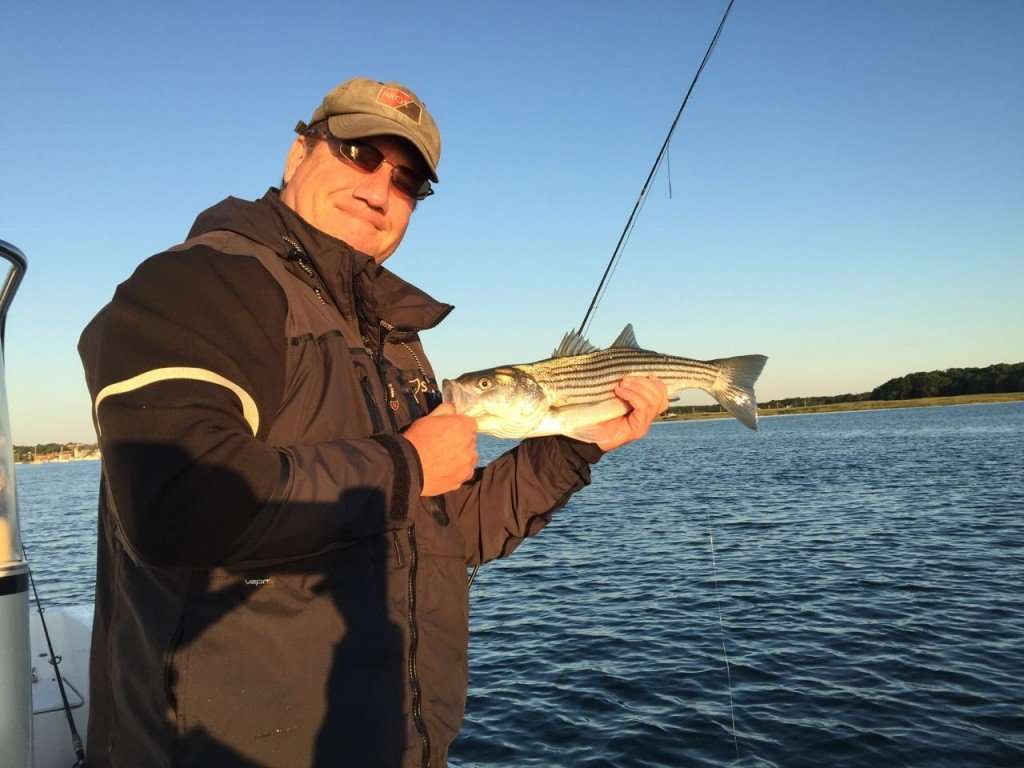 That’s been the standard story for the last few weeks. Surfland hasn’t weighed in a keeper in a week. Most reports are of small fish. Some of the guys at the shop added teasers to their poppers, and the fish they hooked came on the teaser. Seems like the stripers are looking for small feed. We’ve heard of only a few bluefish in either the Merrimac or Parker rivers. Nothing out front yet. Here is the teaser rig that is a good choice when sand eels are plentiful. Fish will often hit the smaller teaser fly. 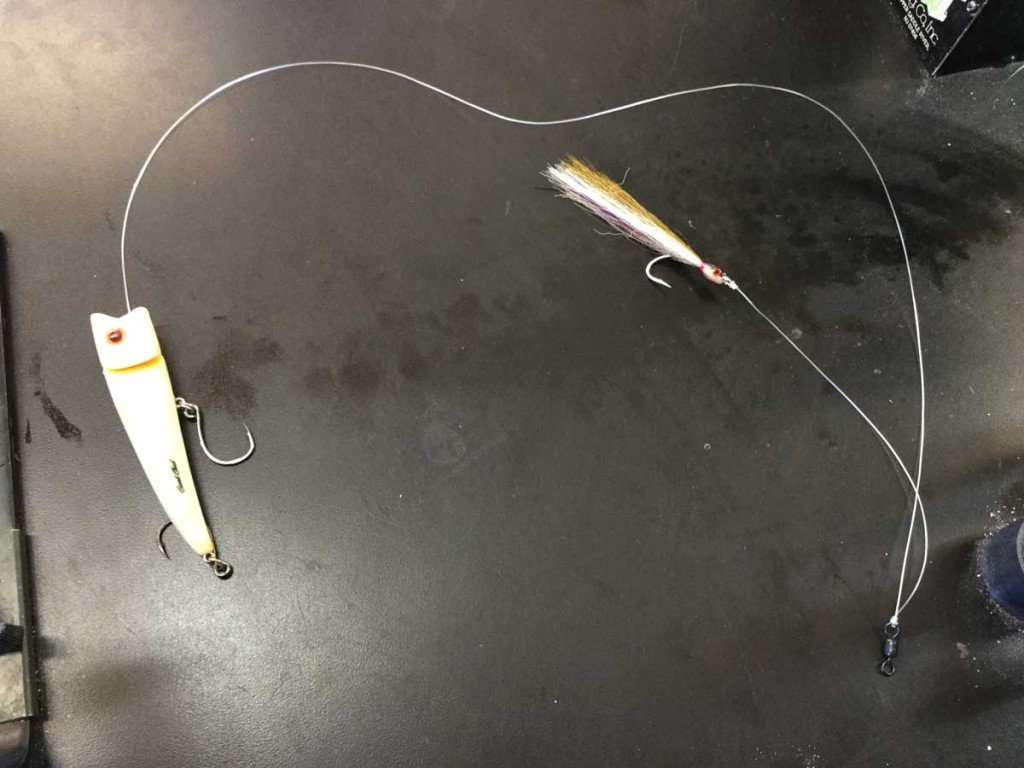 Mackerel are around the usual places. Breaking Rocks and Speckled Apron have been producing.

Keiry Aham, up visiting with her dad from Pennsylvania caught this striper while out in the boat with her Uncle’s Brad and Craig. They went fishing in the AM. 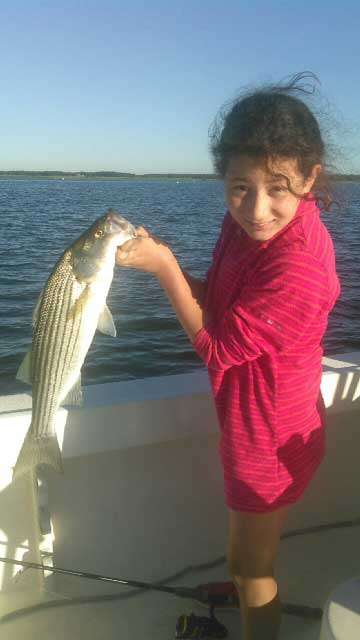 Craig from Surfland also had his boys out about 10 days ago and fished Joppa Flats during the evening outgoing. There was a lot of small fish caught all under 26″. And there was small bait everywhere. They used a spinner worm rig to catch this fish caught by Luke Aham. The spinner worm rig was custom made by Kay!

On August 1st we had Logan Santos from Groveland come in with this 38-4 pounder he caught from the boat along the ocean front. 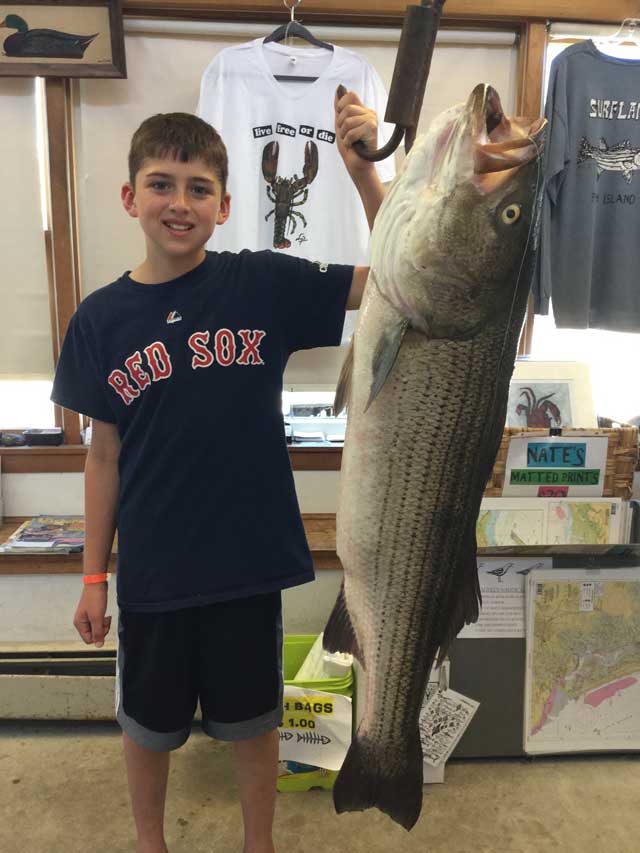 Something you hardly see anymore. Worms as big as this one which was nicknamed willy. Don’t know why…….but he or she has gone on to another place. “Our worms will catch fish or die trying” 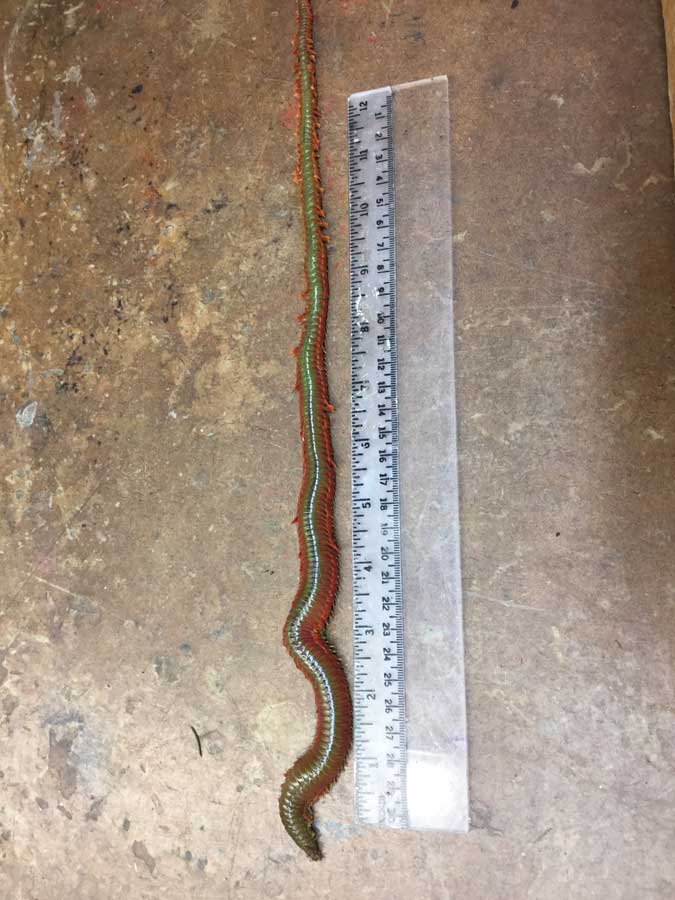 If you’ve got catch and release photos to share, email them with a note sharing the details to: stickman@surflandbt.com