The action has been up and down over the last week. Before the weekend there were good reports of active Bluefish near the mouth of the Merrimack, along with night time bass off the beachfront. Comments on our Facebook Page (http://www.facebook.com/SurflandBT) have mentioned big bluefhish at the mouth Sunday night just before high tide, and medium to large stripers on topwater Saturday morning from 8 to 12. Last evening between thunderstorms I saw a number of big striper schools quietly finning on top. They were not interested in my topwater spook offerings, but they had bait balled up and were feasting.
.
Today I went out at daybreak to 3-4 foot rollers coming through the mouth on an otherwise windless morning. The small terns chasing sand eels were few and far between. The sand eels, however, were everywhere. Huge clouds of them stretched from 1/ mile north of the jetties, to 1 mile south. The fish were 3-4 inches long and hanging out at just about 2 feet from the surface. Eventually the terns came out in big flocks and started dive-bombing the sand eels.
.
After chasing the birds for an hour with no luck, we headed out to Speckled Apron to see if there were any tuna or whales hanging around. Although we saw some big sea birds, gannets, there seemed to be no big fish activity on the surface, and no likely subjects under us on the sounder.
.
Off to the beachfront off High Sandy Dune on the Parker River Reservation. When bluefish are around they usually hang out in 20-50 feet of water off the beach. We zig-zagged between the depths and not only got no fish, but saw no birds or bait either.
.
Back to the mouth of the river trolling around with swimming plugs, umbrella rigs, and topwater white sluggos. Nothing. We did see some breaking fish here and there, they didn’t stay up longer than a minute or so. One pod popped up right next to our boat. My fishing partner Dave was all excited and his bail snapped closed as he made his first cast. Pop went the line, and in 30 seconds the bluefish were gone. We missed our best shot of the morning. The only fish we saw landed was by Skip Montello who was guiding a pair of anglers. Good job. He also has a weekly blog you can see at: northcoastangler.com/
.
The tide was at full high when I retired to the dock and off to work. I had a good feeling about how things might light up on the outgoing tide with all the bait and schools of blues. I hope it works for the folks who were just making it out when we headed in.
.
– Stickman
.
Got a few photos to share this week: “Hey there. This is Steve Chung. I just wanted to share a picture of my son’s first outing aboard Captains Charters. His name is Sylvan, and he is 8 years old. He took two of the four keepers on the boat.” 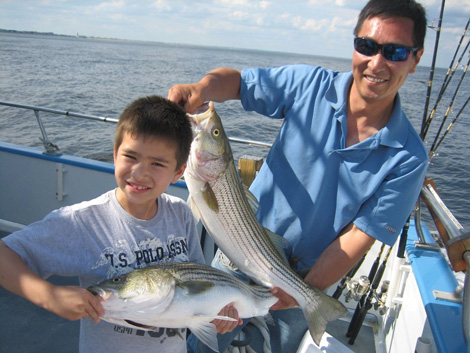 .
August 4, “Great day on the Merrimac for the Zimmerman’s today, June was great!!! July slow!!! Looks like August could be a winner. Got up early to catch live macks at breaking rocks then drifted the mouth and caught numerous fish incuding Courtney’s 17 pound 36″ striper her best this year and Brett’s 27 pound 40″striper, hopefully the rest of summer and fall will continue to be productive.” 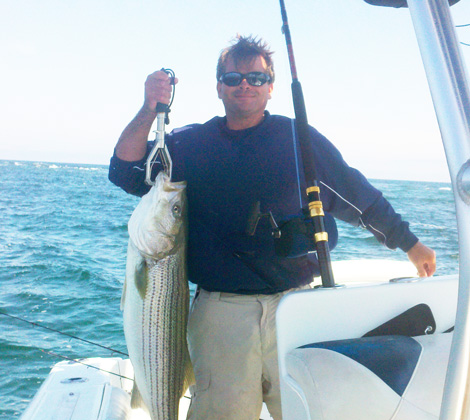 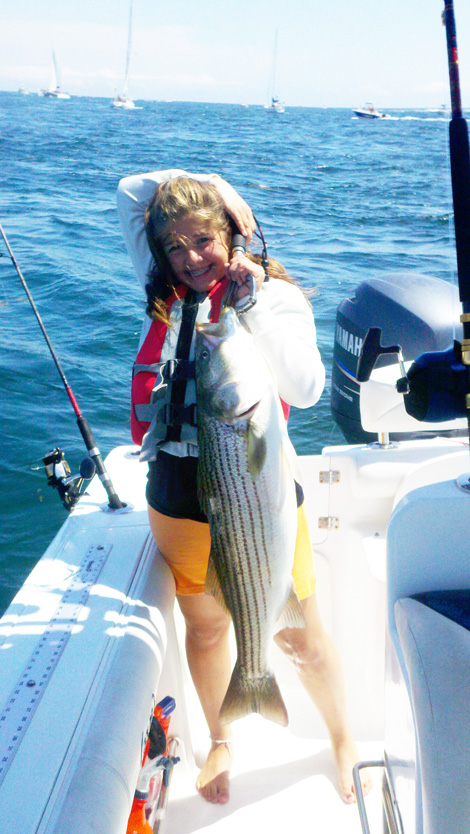 .
Don L. writes, “Got into some big blues last week. I for one LOVE catching blue fish. The first one I measured was 32” and we got several that were bigger. For reference my buddy in the second picture is 6’6”…that one was at least 36-38” and jumped 6 or 7 times. Almost like dorado fishing but they’re not as pretty.” Lovely photographs Don. 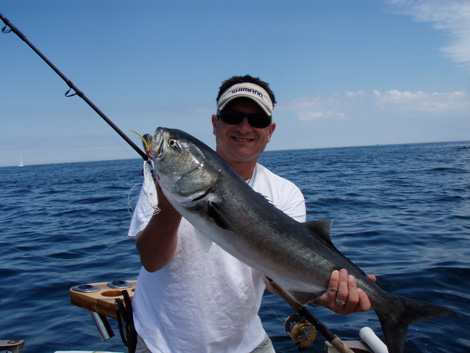 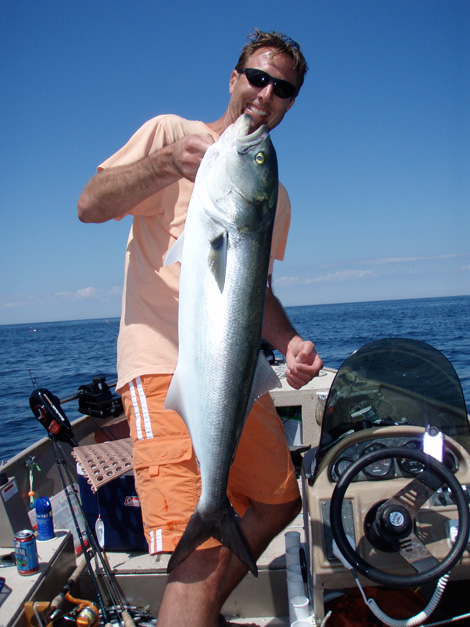 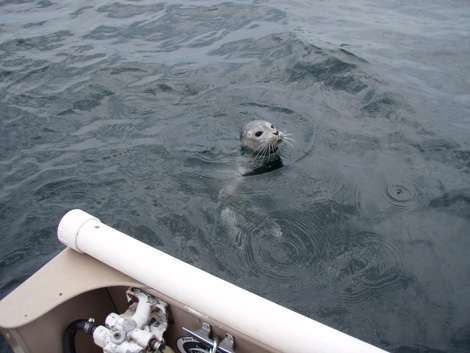 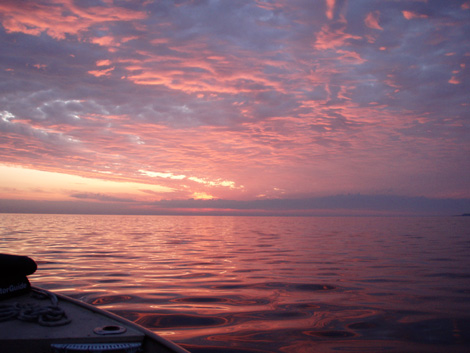 .
That’s it for today. If you have some catch and release photos for us, e-mail them to me, stickman@surflandbt.com, and I’ll put them up as soon as I get a chance.