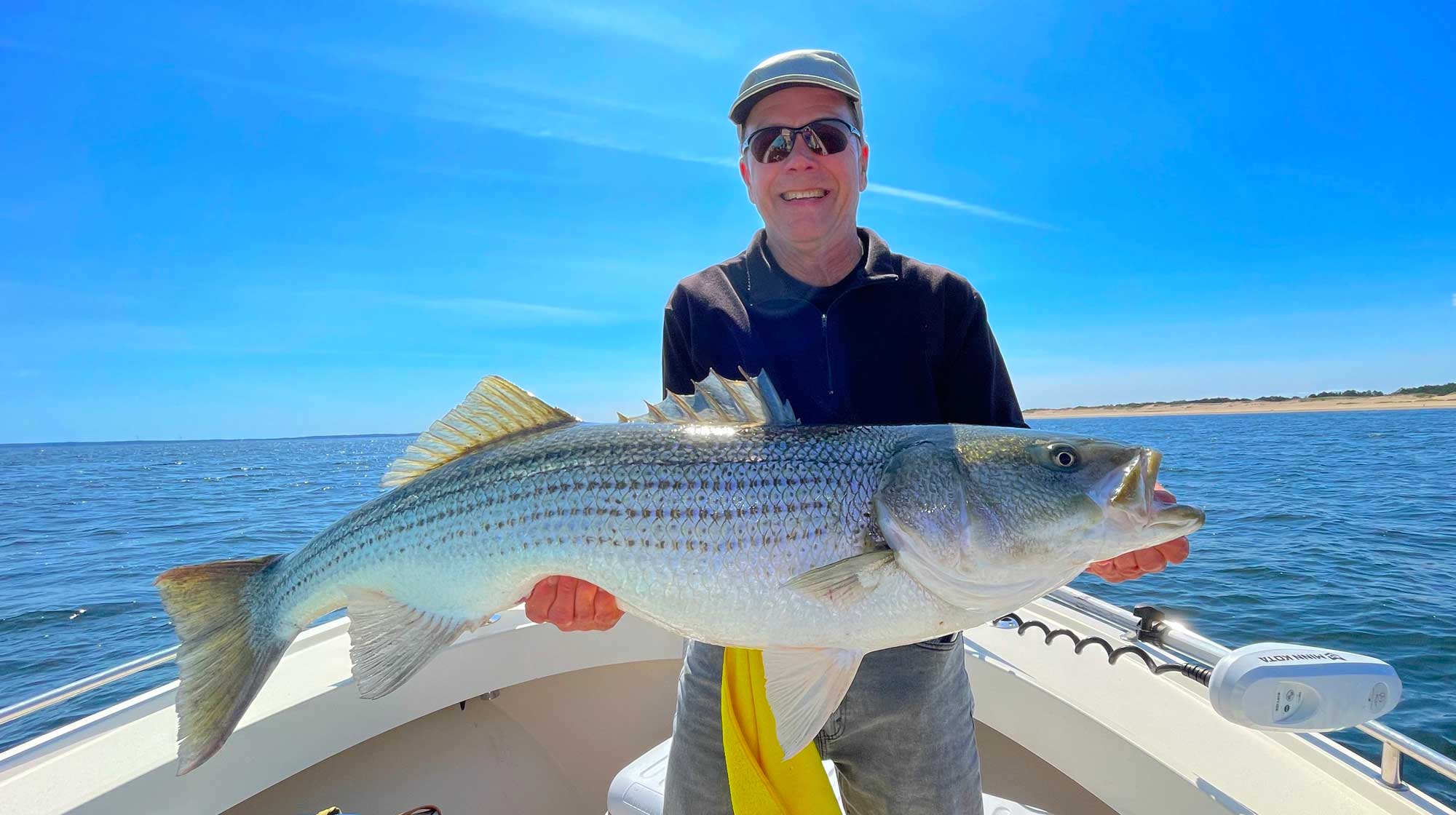 Well, the weather has improved in the early days of this week. Our gang has been out on the water, with some pretty fat stripers to show for it. The big-belly fish I got pictures of were both captured out front, and both fish snatched up trolled offerings. One on tube-and-worm, and one on slow-trolled live mackerel. Personally, I’ve never really tried the T&W out on the ocean side, but this fall I’ve had many folks tell me of the great results. I guess the photos prove it, and I’ll need to give it a go. Reports are favorable from Joppa Flats. Smaller fish, but in good numbers.

Though I’ve only received striper pics, there apparently are still some bluefish out there too. Two guides have reported being cut off of their trolling gear, so the snappers must still be around.

The commercial night stalkers slinging eels are still reporting plenty of large fish, and a pile of recreational keepers too. Reports from a little south in Lynn are epic, with feelers limiting out nightly. And from shore it’s combat-fishing, with only the early arrivers getting their favorite spots.

The surfcasting contingent is doing well too, with the southern end of the island producing well. Lot 3 on the reserve has easy access, and the fishing has been goo there too. Because of the high tide and some erosion over the weekend, the Reservation was closed to drive-on. I don’t know if it’s back open yet.

Once again, watch out for those rip currents. All this storms have really angered the ocean. Don’t get dragged in. 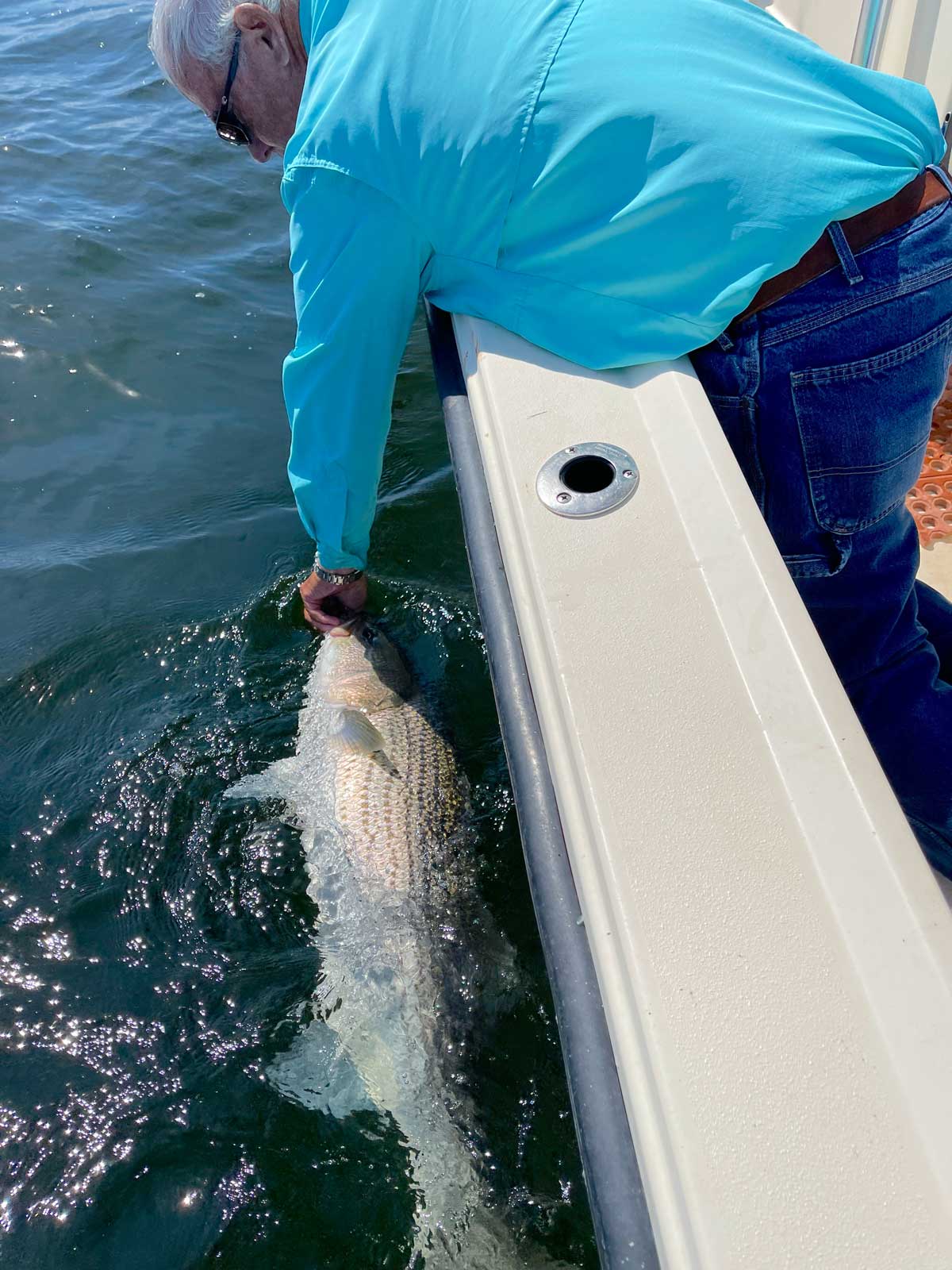 Here’s a few pics from our day out with Captain Scott McGuire of Summer Job Charters.

15 stripers landed, including three slot fish, and one 43” monster. Most were caught at low tide trolling live mackerel in 20 feet of water off the PI beach.

The 43” took a number of long runs both away from and toward the boat before coming aboard.  Pic of the good captain making sure that fish would live to spawn and perhaps fight again before release. 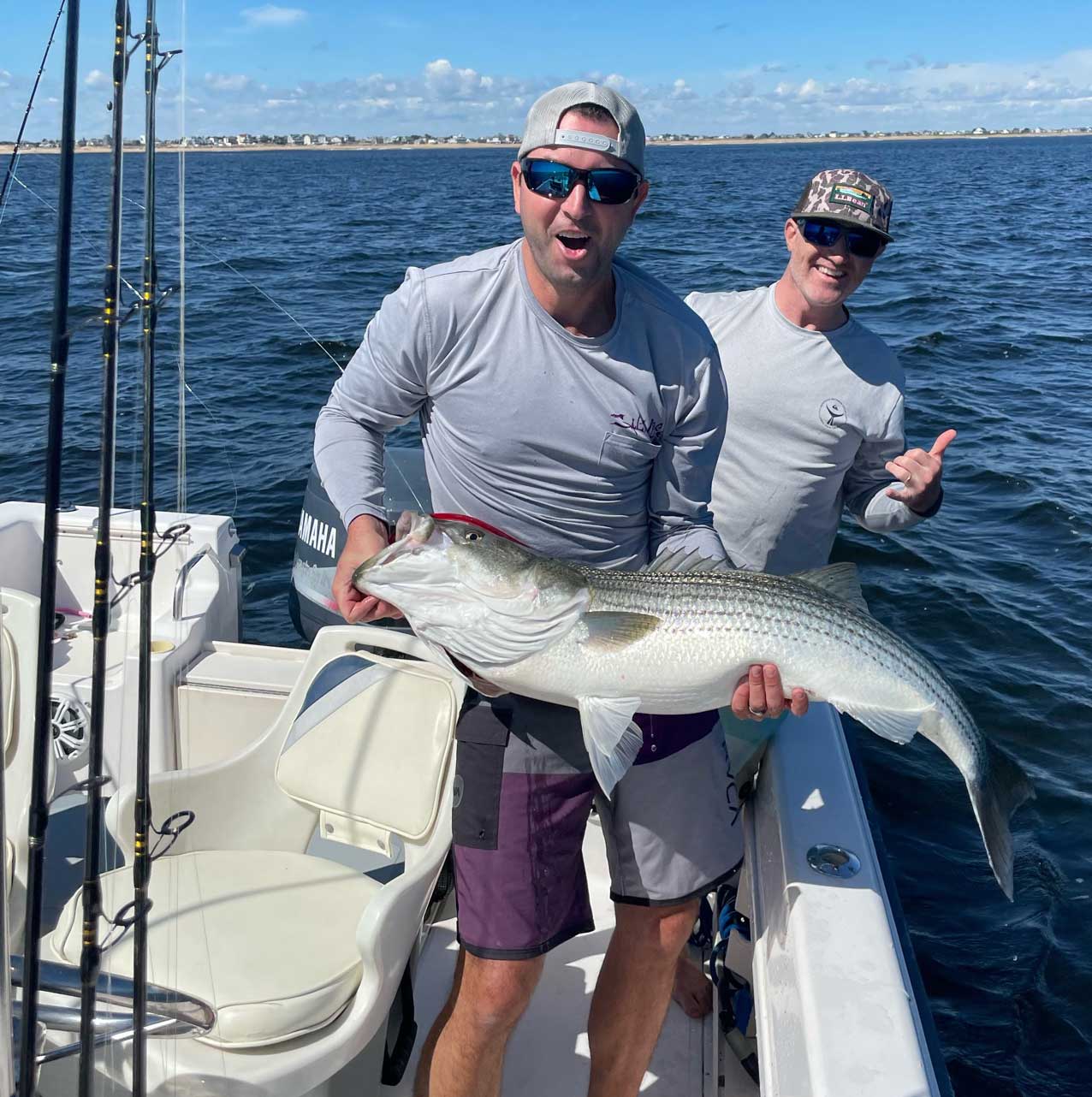 Hey Stickman,
Was out on the water this weekend and was able to pull in a big one. Pretty stoked as we get into September. Sharing for everyone!
I was out in front of plum. Just south of lot 1 trolling tube and worm in about 45’ of water. 46” and between 45-50 pounds. Safely released back into the water.