Big Fish inside the Merrimac 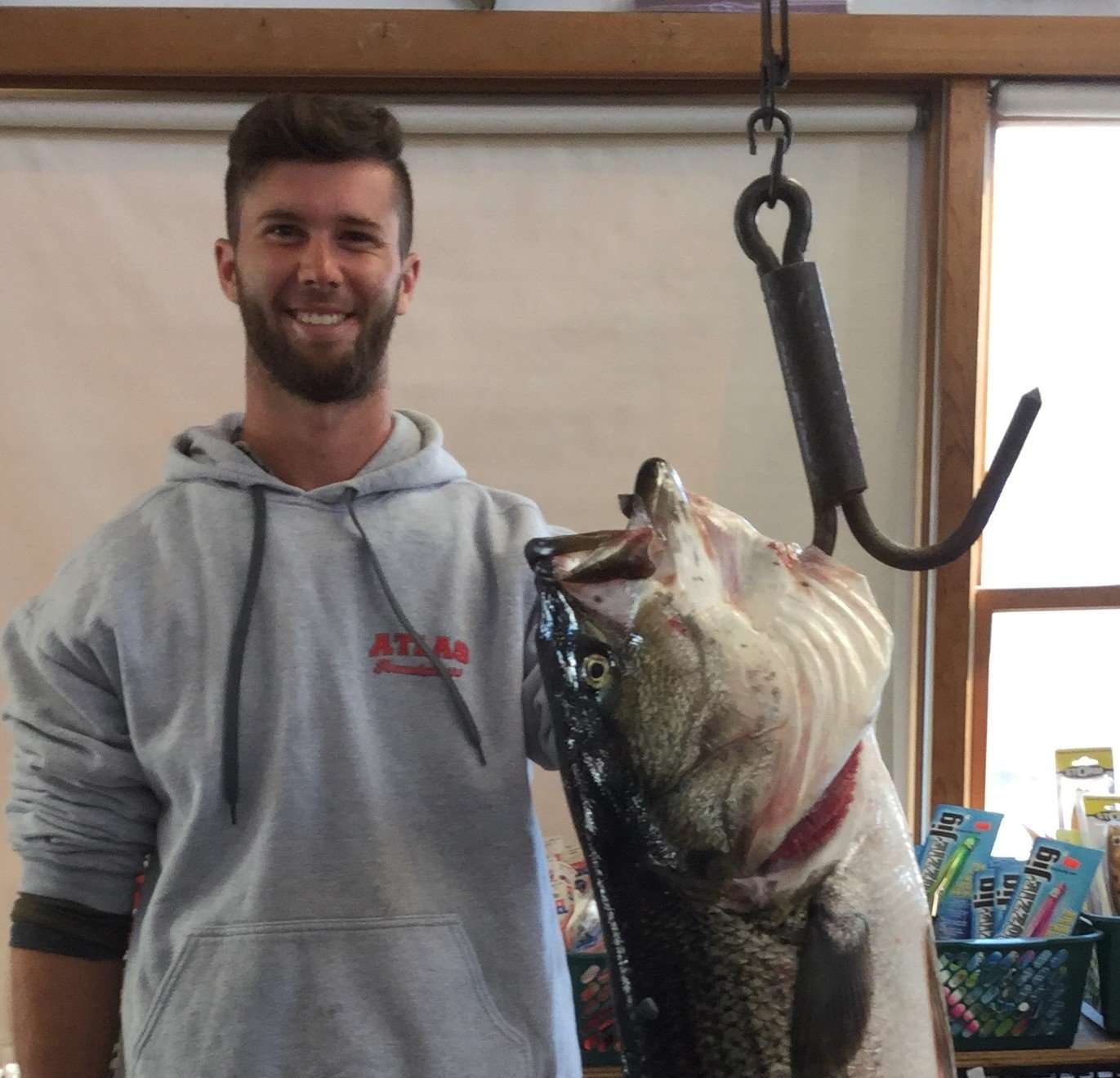 19 Jun Big Fish inside the Merrimac

Posted at 08:50h in Uncategorized by Liz Cowie 0 Comments
0 Likes

Well, for those of you that are telling us that there are big fish inside the Merrimac and that you can see them but can’t get them to bite………….well these guys did! Andrew Santo, Joe Armano, and Brian Shea, all from Salem NH fished from their boat during the high tide through the outgoing tide from 11 pm until the earlier hours this morning. They used chunk mackerel and were mostly on the Salisbury side of the river, inside the river, upriver just beyond the mouth. The trick is to drift near the channel, keep moving, drift, and then return to do another drift. These guys caught 29″-33″ fish and some schoolies.  These two were the ones the kept. The night before, Joe Armano was also out in the river and said that they got into some fish again and they ranged from schoolie up to 39″. These guys know where the action is! 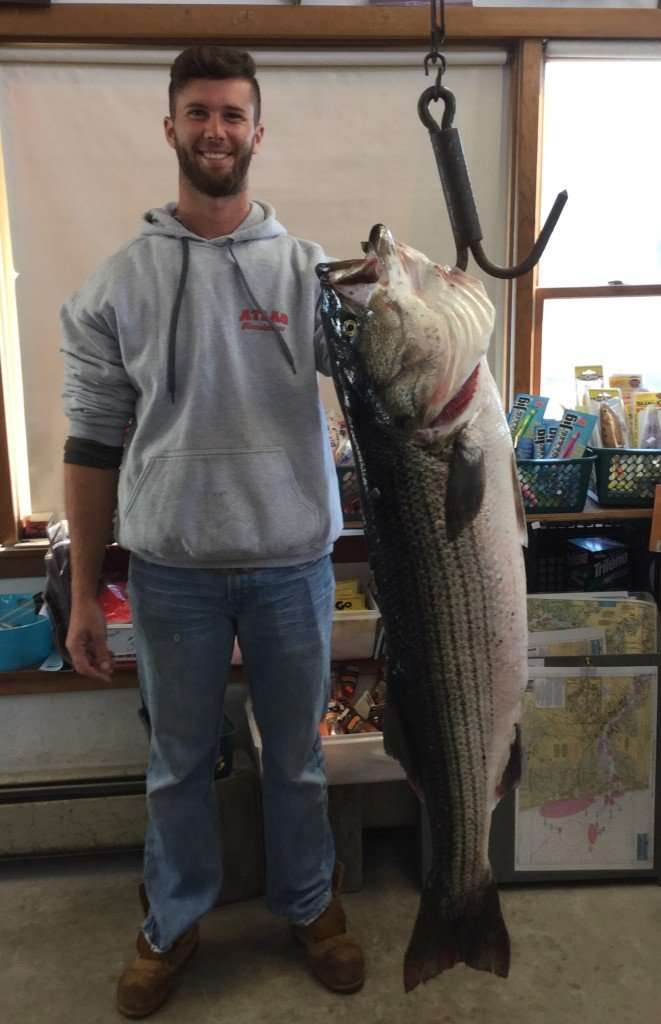 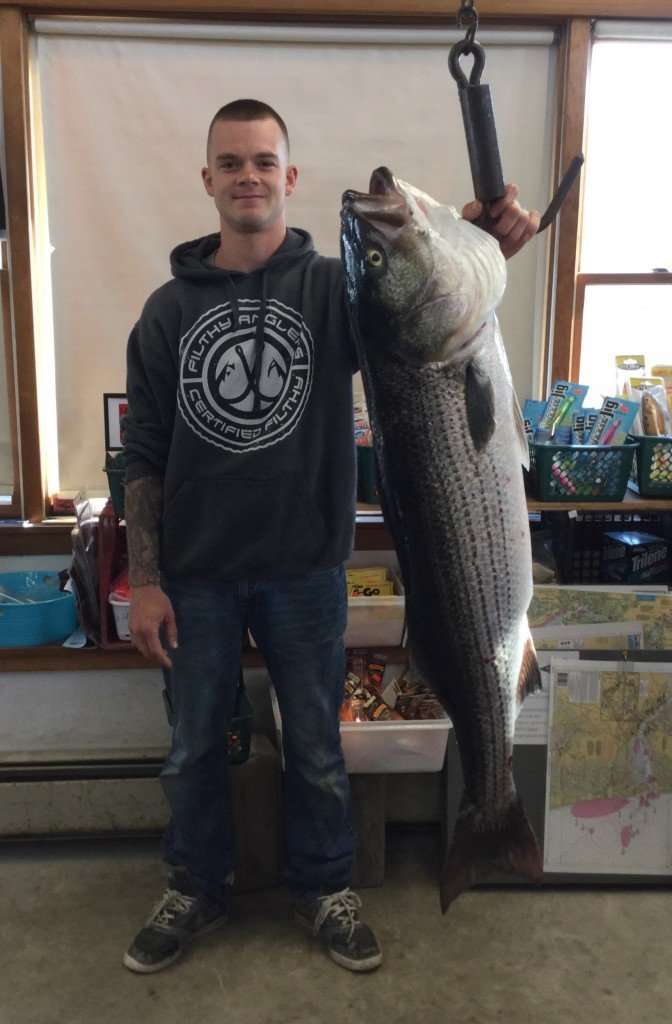 On 6/17 we had Joe Mayotte from Holliston who fished the Plum Island Sound from his kayak and he caught this 20-2 pounder. The sound and down through the mouth of the Parker River is always a popular spot this time of year. It is a hot spot for schoolies, and then you’ll get the occasional bigger fish that chase bait up inside the rivers. If you are out in this area remember to get close to the edges of the grass, the fish love to hang out in the deeper edges and wait for the bait to come to them!

And not long after that Jamiel Ortiz from Lawrence came in with this 17-5 pounder that he caught in the Merrrimac River casting a Sluggo from the shore.

This past week we have seen an increase for some fishermen catching the bigger fish. Have had a lot of boat guys telling us that Joppa is loaded. It’s getting them to bite that has been the issue.

Jimmy from Lowell hit the river one day this week and reported at lot of fish. But, unless you were going to get up and be at the river for the 3 am tide, then you were probably going to miss them the last few days. Don’t worry, the low tide is coming around to be at a better time for most people, so I would hit the river for daybreak over the next few days and fish through the low tide.

Other reports have fishermen catching small fish up and down the beach. Worms and clams have been popular along the oceanfront. Mackerel seems to have taken first place down the mouth of the Merrimac, especially on and near the Jetties.