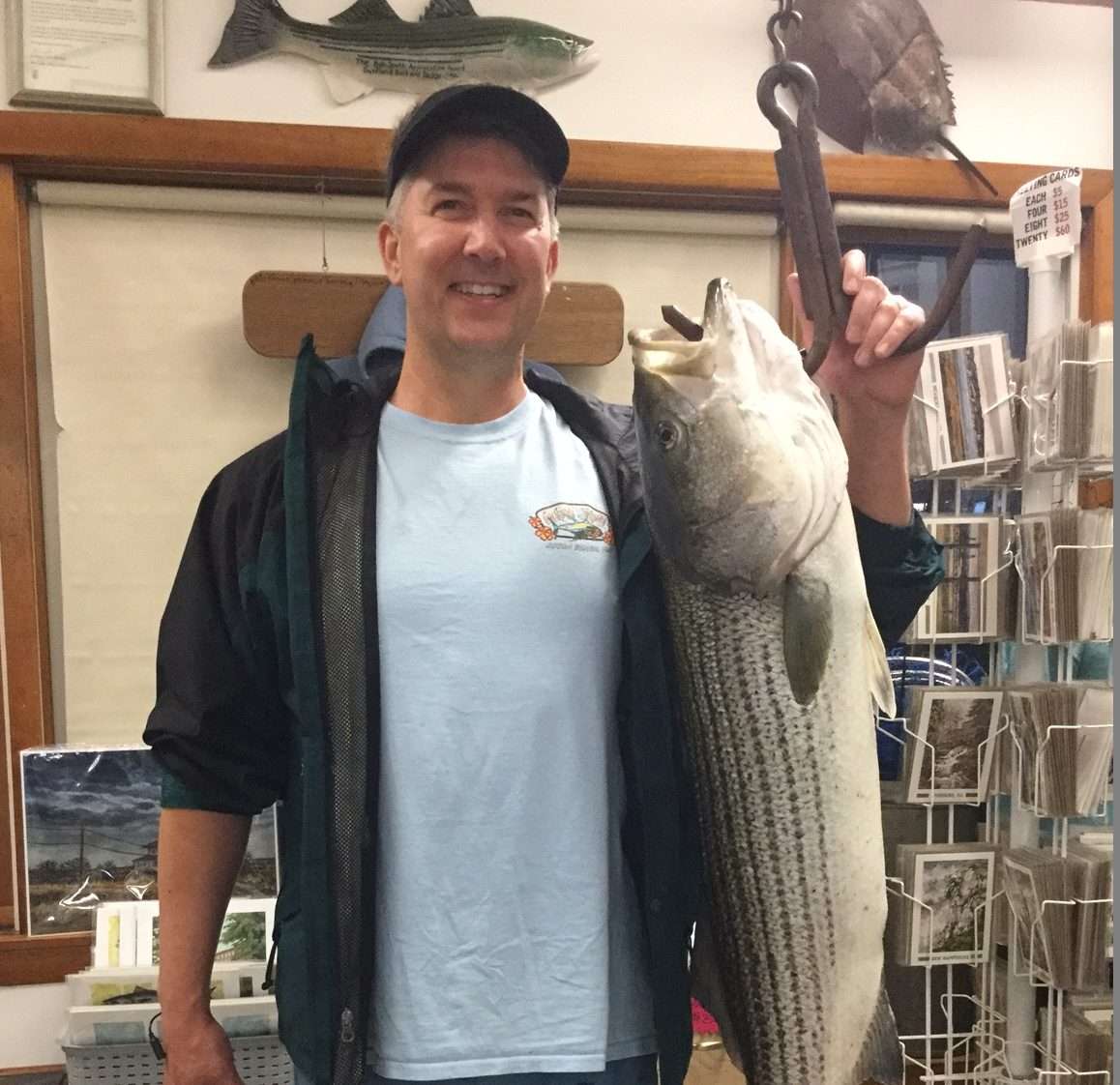 This week has either seen some bigger fish move into the area or bigger fish get more active. A lot of fishermen from the boats telling us while they are catching schoolies they can see the big ones under them and it is frustrating!

This past Saturday our own Nick took his friend Chris Thoreson out on his boat to go fishing. They went upriver past the Rt 1 bridge to fish the waters midmorning during an incoming tide. Using top water spooks they caught some fish. This one here is a 29 1/2″ that Chris caught during their trip.

The past few days has also seen the activity increase along the oceanfront. Monday Bob Nardone came in with this fish that was going home for dinner.

Last night we had a very excited fisherman come in just before closing. Ron Burns from Newbury has been trying a long long time to catch a legal bass. His wait was over. Ron caught this 41″, 19-8 lb fish along the oceanfront on clams. He was fishing the low tide along the oceanfront (we tell you sometimes tide doesn’t matter along the oceanfront!) and when the tide changed and started moving again the fish hit the clams.

In closing of this post we would like to say something. We hear a lot of comments about why do we still take pictures, why do we not promote catch & release, why, why, why. Let us set the record straight. We do promote catch & release. More than anyone our mother Kay and co-founder  had no problem preaching to fishermen about how to handle a fish they were not going to keep. How to cradle a fish, not hang it to weigh it (main reason we do not sell scales anymore) not to take it out of the water if you can, even not to take pictures. The number of photos we take of fish being weighed in is down to a few per year. But as long as the rules are being followed and someone wants to keep a fish to eat (or if the fish will not survive) we will continue to give them a picture. Are we to assume that if we stop taking pictures, people stop keeping fish?