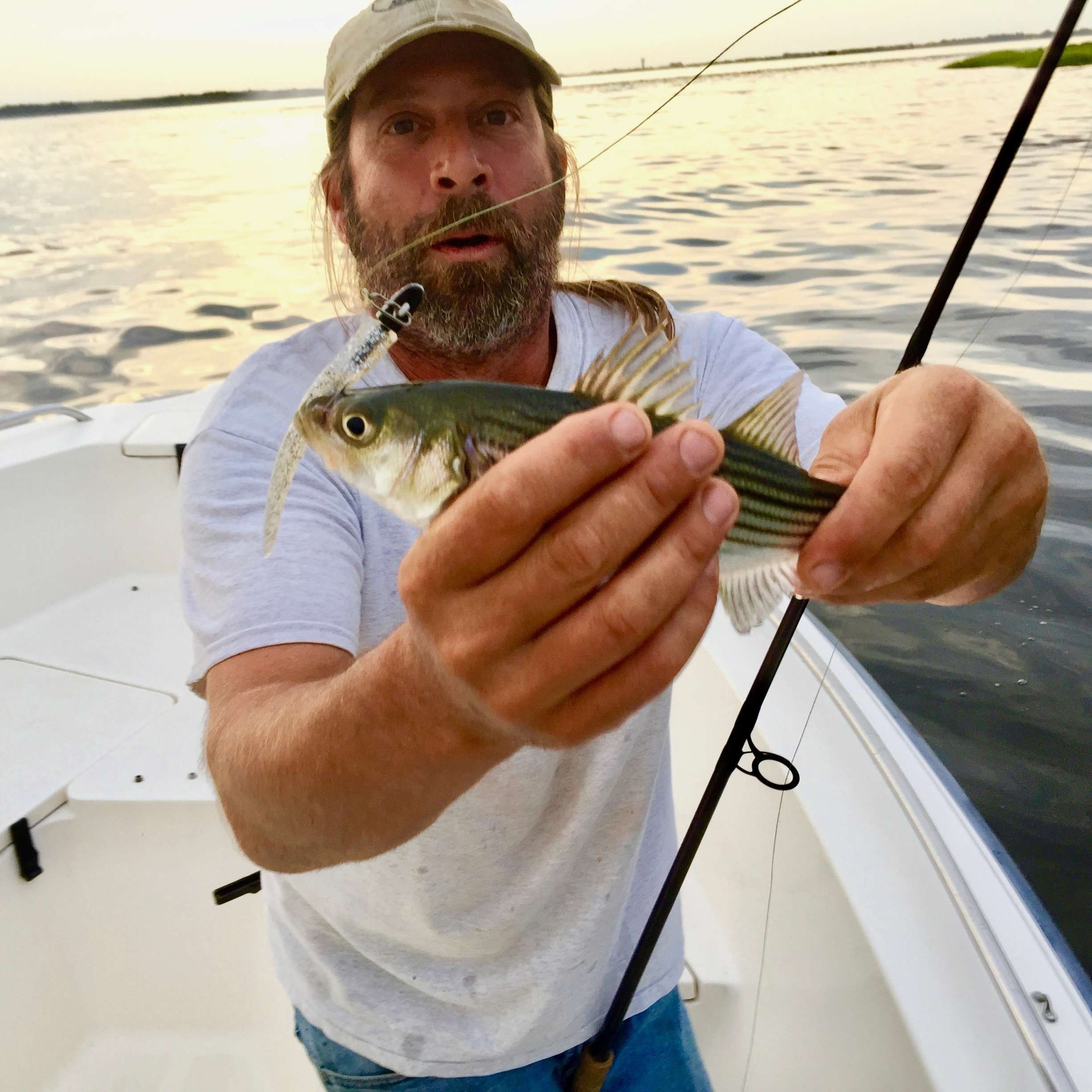 Though we post a lot of shop weigh-ins, and have since 1962 or so (ask to see our picture books from back in the day), there are a lots of local fishermen that practice Catch and Release for most or all of their fish. I’m one of those guys, and the friends I fish with only keep a few fish a year out of the many, many swimmers they are lucky enough to capture. This is U-Boat with a lovely high-20 inch fish quickly released. 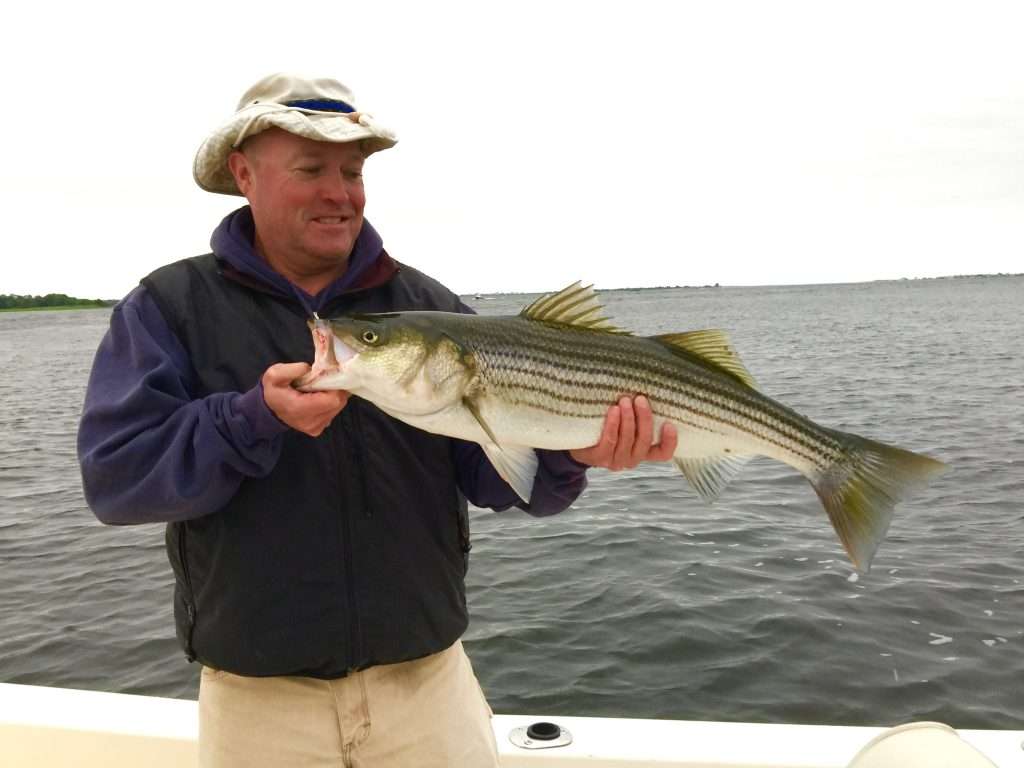 This was a week of good-sized fish for me and my boat partners. And except for one, they were all let go.

What about that one fish? Well it fed dinner for 5 people this week. Personally, I had a wonderful Fish Taco plate cooked by my wife Cheryl. Here are some photos from my week on the water.

Early in the week I went out to the oceanfront and snagged some Pogies for the shop. In two hours I snagged 20-30 (which are for sale, by the way). I also picked up this nice 32″ bass underneath the Pogie school using a black mambo minnow. Sadly for me, the bass had a fatal gill injury, and was the fish that ended up on my plate that night. 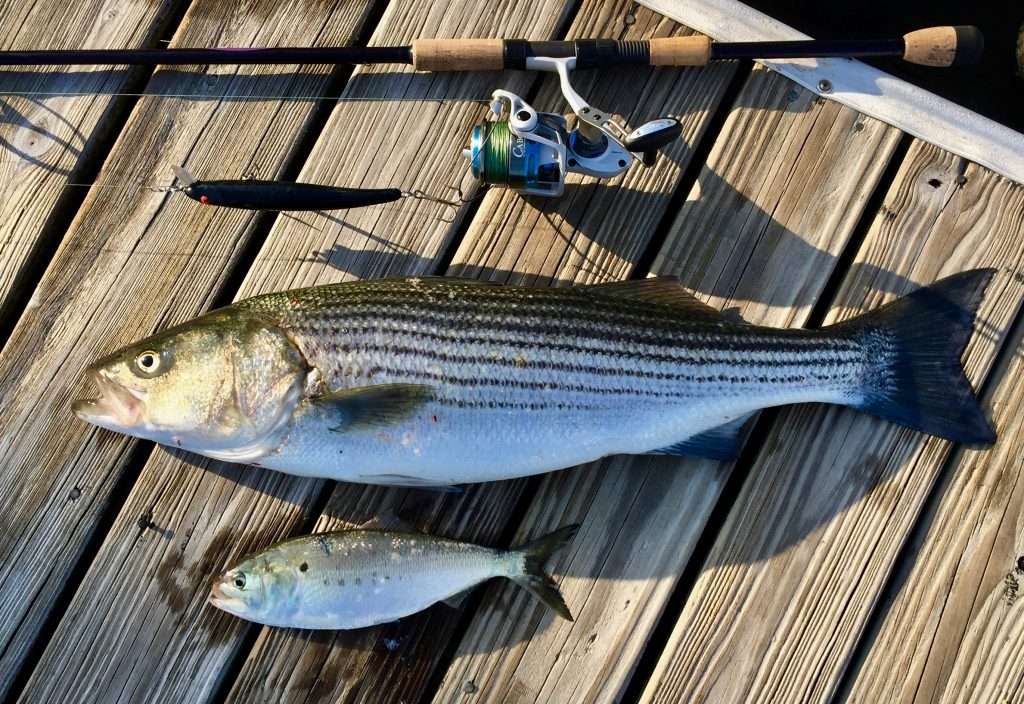 The rest of the week was night fishing with live (and dead) eels. I usually start out at dusk, and fish until I’m too sleepy. Wednesday night I got only one fish, but it was 44″ long. That would make it 15 years old, and roughly 32 lbs. This fish was released in less than 2 minutes, and gently revived until she swam away under full power. 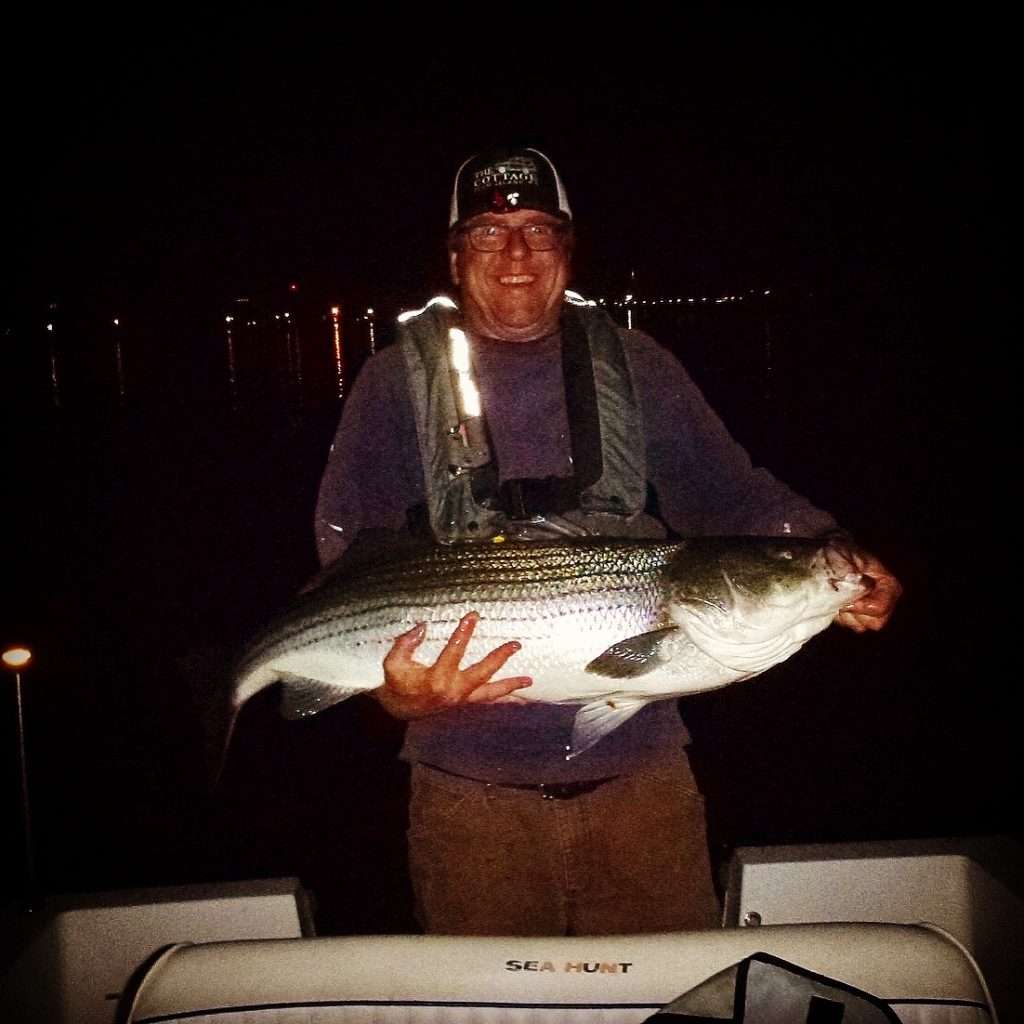 Thursday night I took my friend Furry Fred out. We started at Joppa Flats around 7:30 pm with some sluggos. He grabbed and released) this monster early on. 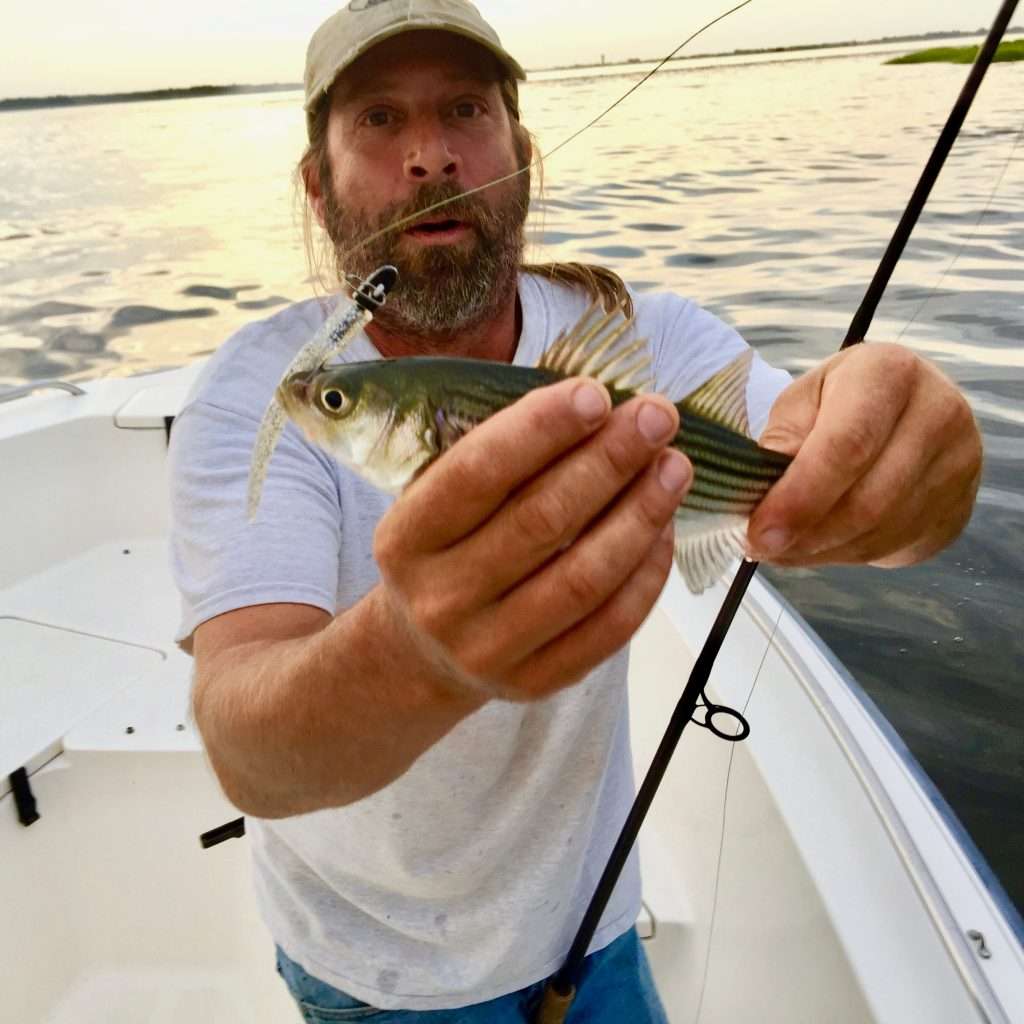 As the sun went down we switched to casting live eels. And Fred outfished me 7-0, including these two heavy pups. The biggest one was 39″ long, and 22″ around the shoulders. Using an online calculator, that would put the fish at 24 lbs and 12 years old. Both of these fish were also released. 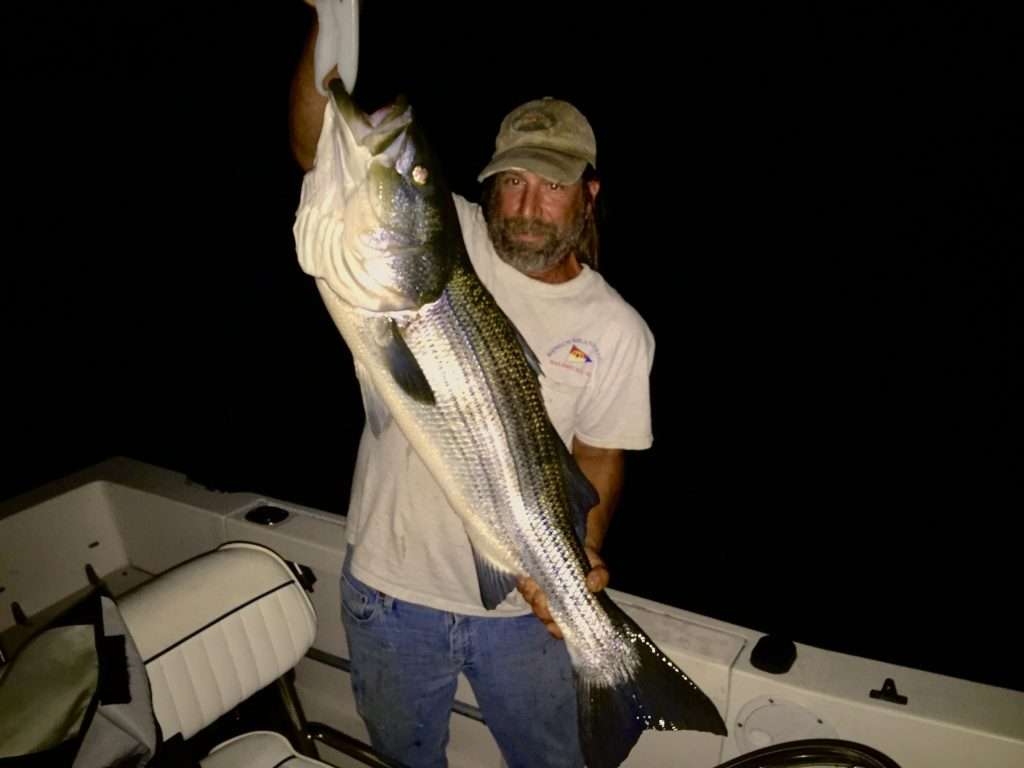 So if you have some of your own catch and release pictures, send them here and we’ll try to get them posted too: