Bird is the word…and a bit of the night bite. 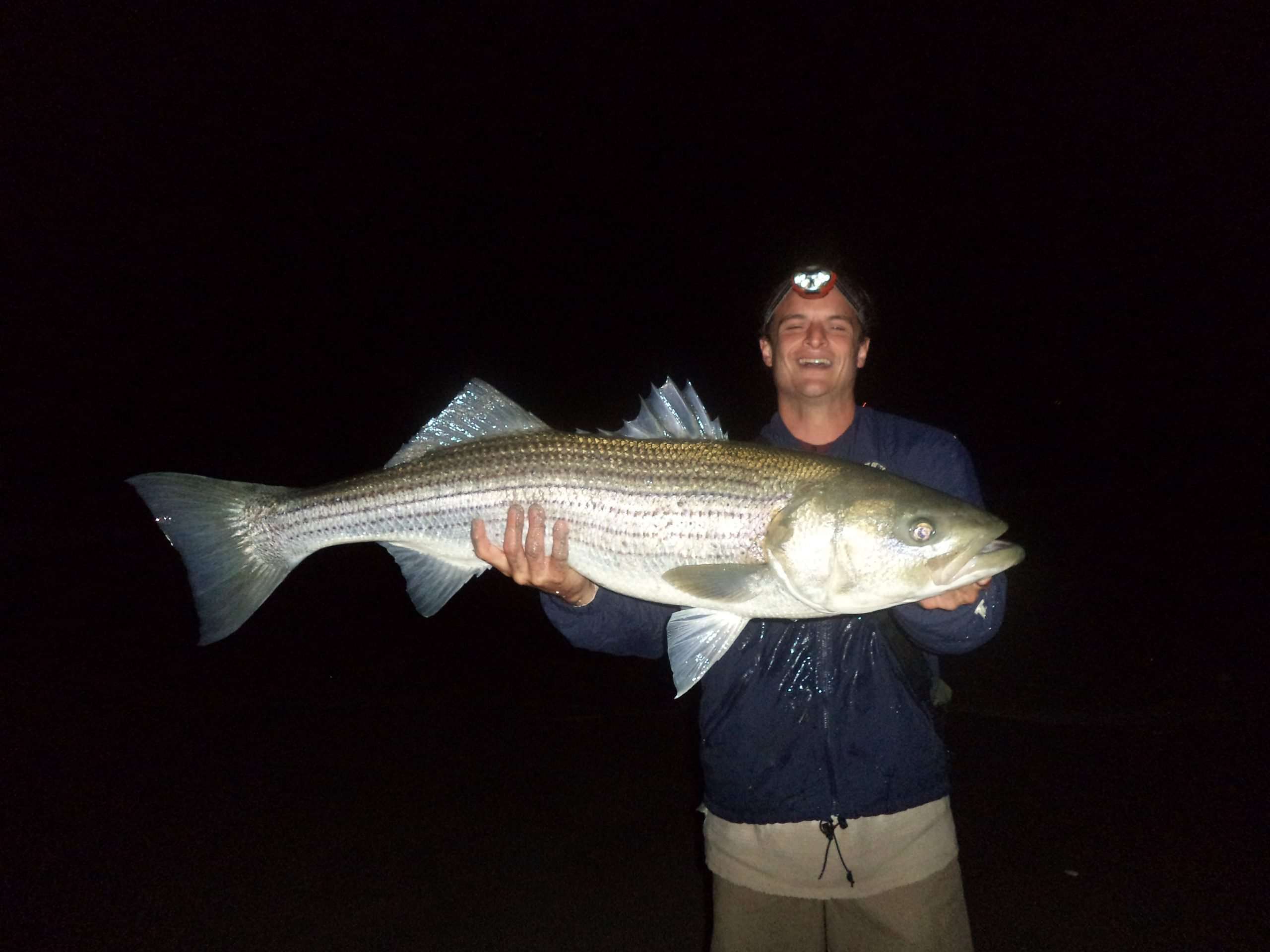 12 Aug Bird is the word…and a bit of the night bite.

Posted at 20:58h in Uncategorized by Steve 0 Comments
0 Likes

Fishing has been pretty slow, so I have not had much to report. However, the recent cooler temps has turned the bite back on a bit it seems. My good friend and hell of a fisherman Gabe Chuckran hit the beach with me on Saturday afternoon and we found quite a bit of birds and fish working the beach just north of the shop (follow the birds and you will find the fish!!) . Using deadly dicks (aka murderous richards) we were able to pick off about 6 fish each. Nothing of size really but the biggest were 27″ and 28″. The beach goer’s were out in force and we were the only ones fishing so the crowd was treated to quite a show (people wanted to see what we were doing and even some people wanted to “pet” the fish before we released them!!) 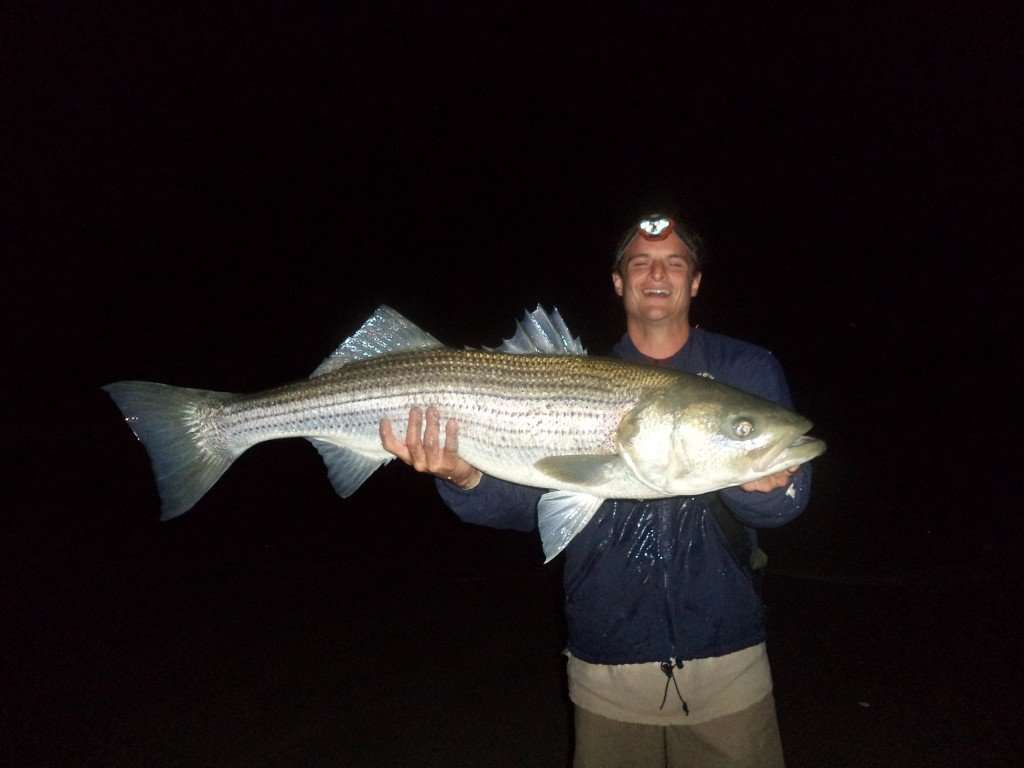 Later Saturday night we fished down at Cranes Beach in Ipswich until dawn and Gabe hooked into a monstrous 43″ fish which was released after we snapped a few pictures. All in all the fishing was slow and I also managed a much smaller fish, but Cranes seems to be a matter of quality over quantity this year. Needlefish and sand-eel imitations seem to be the key to success there this year. We are  starting to slide into our early fall run patterns of fishing with cooler temps and even cooler mornings. By the end of the month I am hoping the bite will have picked up considerably. Fish are here and feeding, just a matter of putting in your time and getting out on the night bite. See you out there….. 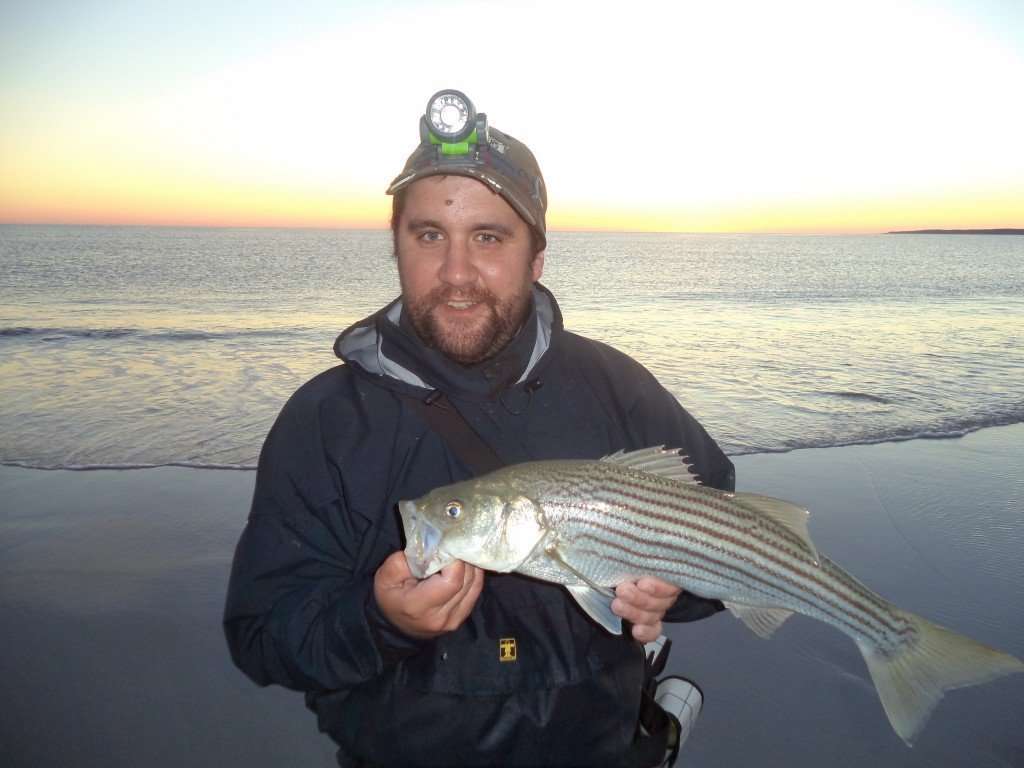