Bluefish in the mouth! 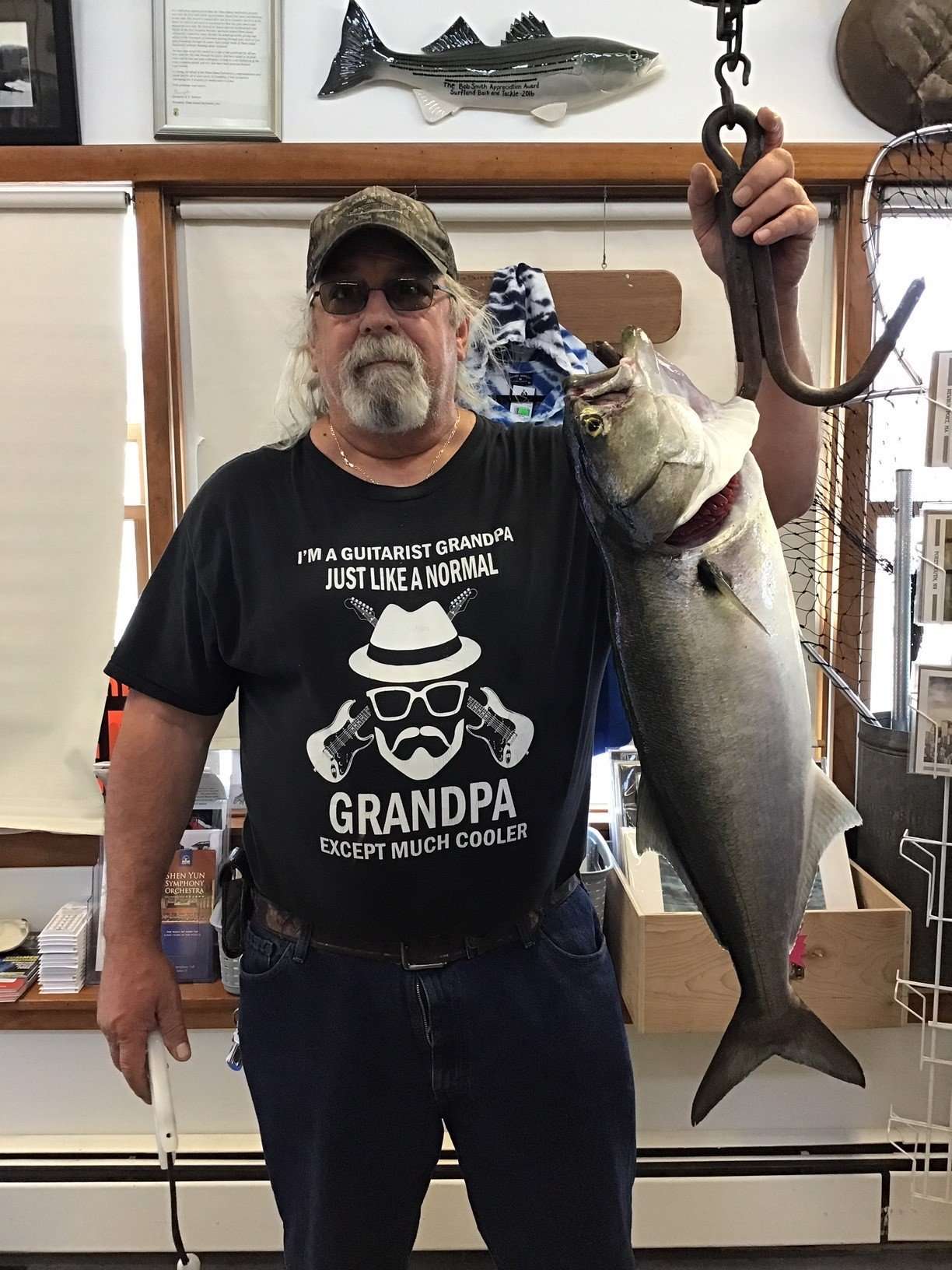 11 Sep Bluefish in the mouth!

Just a quick post and picture to let you know that we had a fisherman catch a bluefish in the mouth of the Merrimac today. This afternoon John Fusco from Windham NH came down to go striper fishing. We told him that no one place has been more productive than another. Since it was low tide we suggested since he likes fishing the mouth of the Merrimac to start there. Well he came back not long after the turn of the tide to say while using an Al Gag’s soft plastics he kept getting it back with pieces missing. He finally hooked onto something and it turned out to be a 10 lb 12 oz Bluefish! He packed it in some ice and headed back out to find his striper. Hope he found it!

Other reports of bluefish have boaters catching a few along the ocean from the start of the PRWR southward. We also had a boater tell us that he was catching some snapper blues inside the Parker River. So fingers crossed everyone, some September Blues would be nice!!!