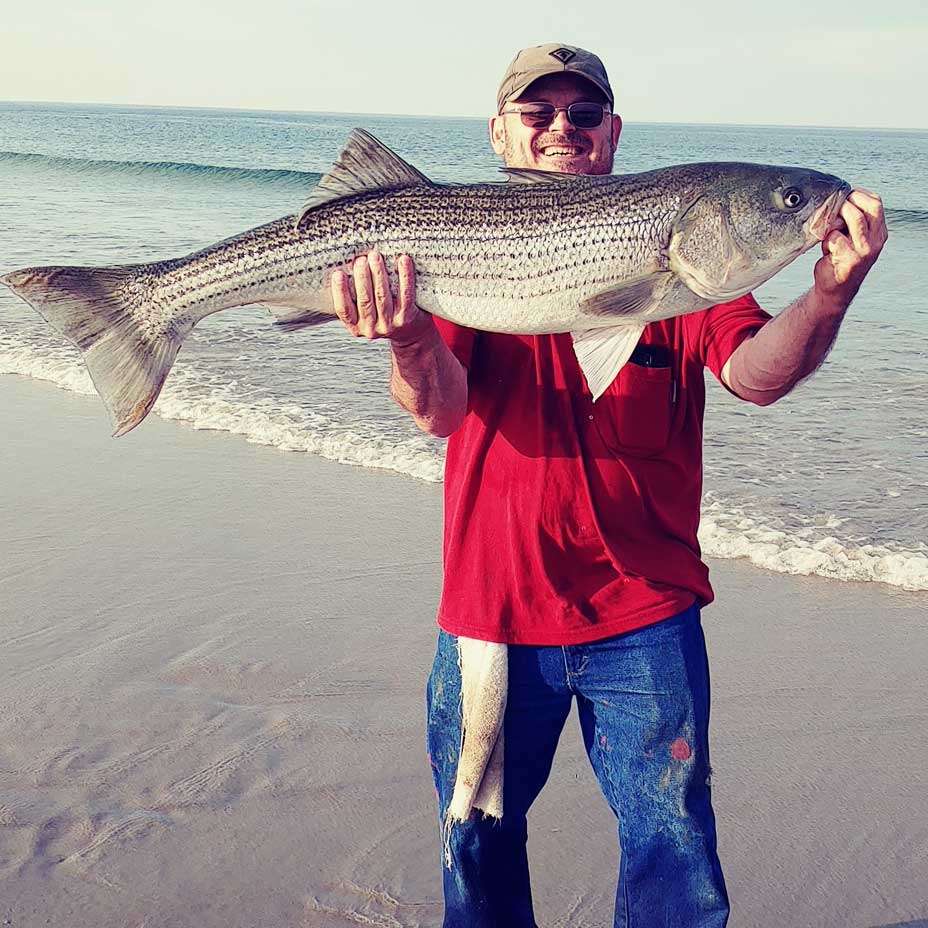 A man of short stature with the name of Dave came in this morning looking for some white paddletail lures that he saw other people using this morning. He didn’t catch as many as those other fisherman did, and wanted to know what those lures were. I sold him some Al Gag’s 4″ whip-it fish bodies in pearl. 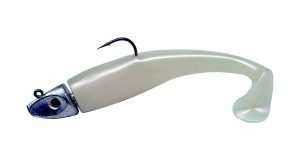 The past few early morning tides have produced lots of stripers down at the river. Both beach and boat fishermen. A lot of top water action before dawn. Once the sun hits a certain height, the fish have been going deep.

Reports from earlier in the week stated the flats were slow, reported Jim and Amy. But on Monday they caught fish trolling a tube n’ worm.

Yes, the entire Refuge beach is closed. Make sure you don’t pay to get in and expect to fish the beach. Stick to the public sand instead. It’s been pretty productive too.
Have heard of pogies in the river.

The night tides this week were working great for the kayak and boaters. Lots and lots of 36-40″+ fish taken with eels or black sluggos. Both the top of the incoming and start of the outgoing in shallow water.

Amy and Jim are dialed in. 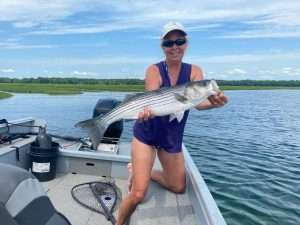 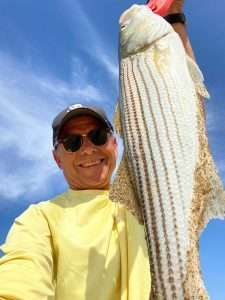 I caught and released the attached 30 incher on 6/8/21 while surfcasting from the sand bar at the Harvard Ave. entrance on PI about an hour before the afternoon low tide, using a 6 inch soft plastic purchased at Surfland. 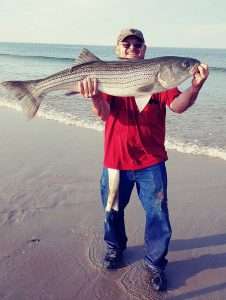 Two guy’s from Vermont, Bill Drzyzga and John Groff, came down for a few day’s of Striper Fishing. Had a Great Time and caught a Bunch of Large Scoolies 24/25 Inch on Martha’s SUPER SAND WORMS.

“John’s last cast proved very satisfying and enjoyable. Using a Flounder Hook per Martha’s suggestion, hoping he could at least catch a couple of delicous flounder to take back home for supper. John’s fishing rod all of a sudden bent completely down in the rod holder. After a 15+ minute battle with his small flounder rod and flounder hook landed this MONSTER 35lb, 42 inch BEAUTY.
Was Hooked Right On the Corner Of The Mouth.

It was sad to let this beauty go because of the over size, but we won’t forget the battle this beauty gave John.

TUNA FISH IN A CAN FOR SUPPER TONITE.” 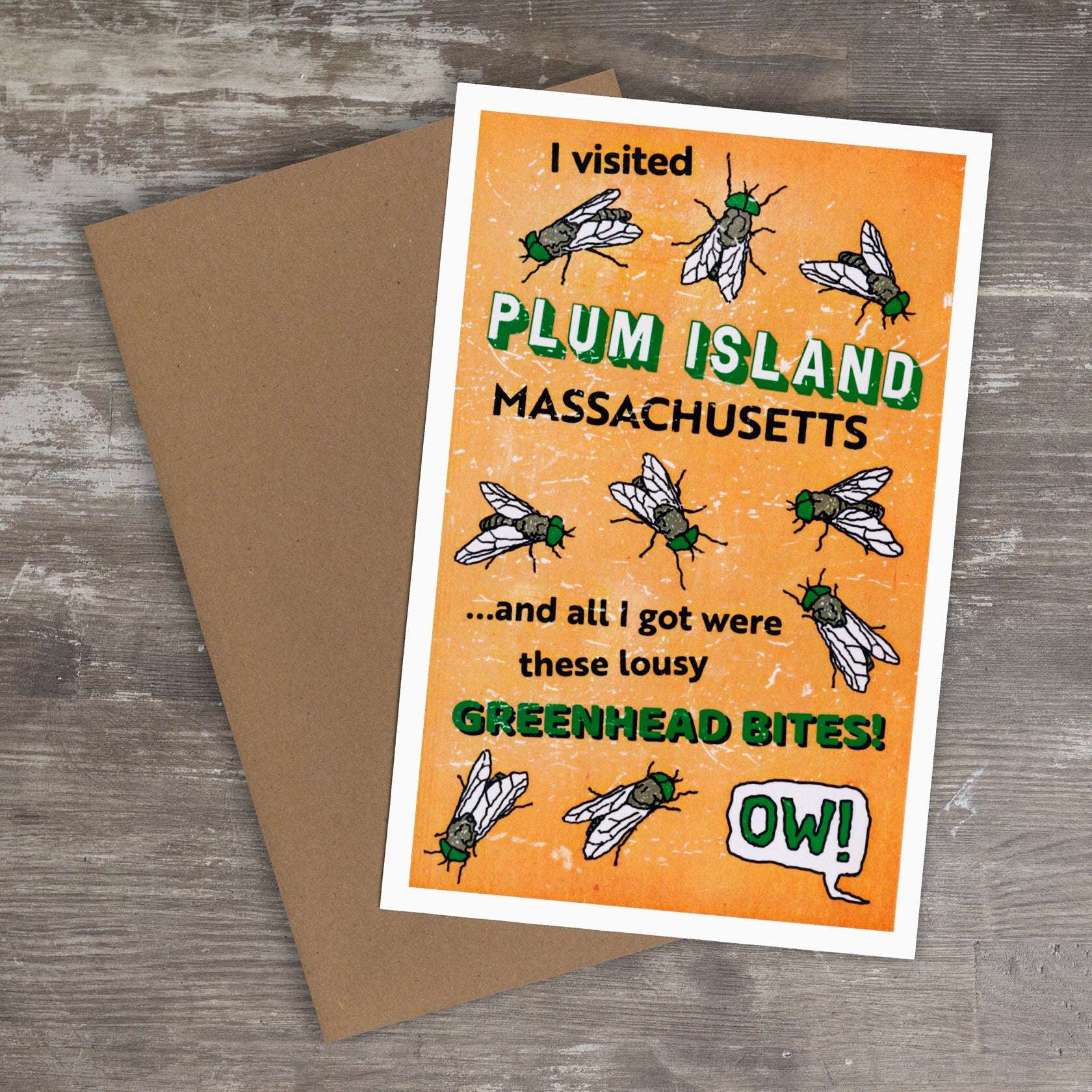 One of the former Surfland Staff, Nate, has illustrated and designed some season-appropriate Plum Island greeting and post cards. We’ve got them at the shop, and you can also get them on Nate’s site.