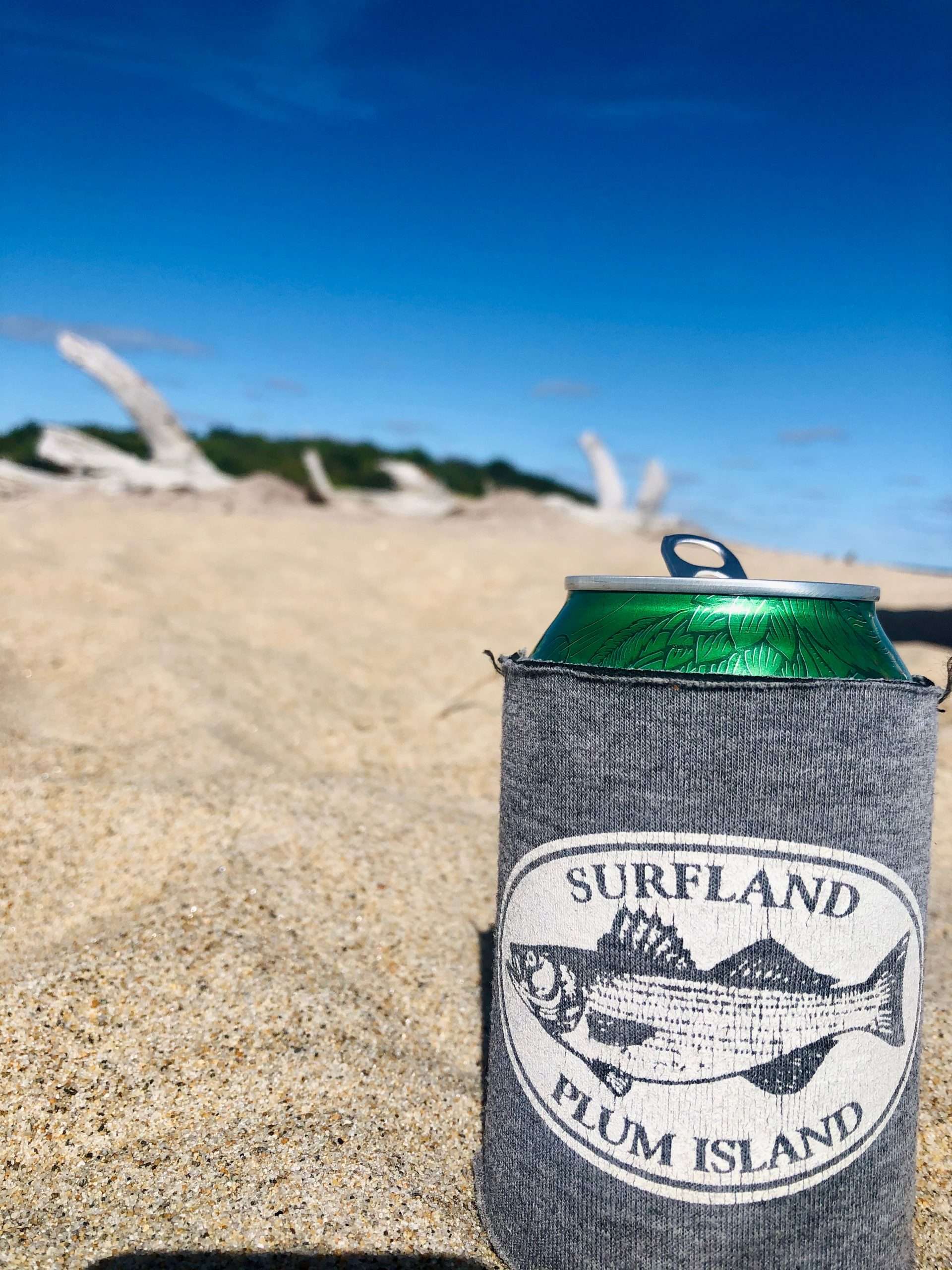 The last 2 weeks have been interesting. We started out with some rough water, but then things calmed down and the fall fishing commenced. We started off with a lot, and I mean a lot of little fish, and I mean little. All the micros were back and busy woofing down massive amounts of baitfish. There has been a plethora of baitfish from peanut bunker, silversides, sand eels, and tiny baby bluefish to name a few. Many fishermen have been in to let us know about baitfish breaking the surface, birds working the top, and bass under them pushing them along the beach. A lot of the times you just have to enjoy the show because when they are on a feeding frenzy you could throw all sorts of artificial at them and they may or may not bite. We always try to tell the fisherman, “match the hatch”. Try to throw something that best imitates what the fish are going after. In this case it could be soft plastic, a few swimming lures, maybe a buck tail, but always have a metal in the bag. There isn’t much better to match the hatch than a shiny piece of metal. Charlie Graves, Hopkins, Kastmaster, Hogy, “the Muderous Richard” are just a few of the popular metals to have in your possession.

Since the micros started the fall run with us here we thought “where are the big fish?”. Well they are making their way down the coast. This past week or so we have been sent some great photos of big bass being taken along the shores of the area.

Let’s start up north with this one. This is Marty Kriensky. A Mainer. A fisherman. An all around great guy! He trucks all the way down to us to get his bait & tackle. We love him! He sent us this beautiful picture (taken by ?) and a little story.

“This little guy was caught on 9/24/20 on a chunk of Surfland mackerel around 6:30 AM off a sandy beach in Southern Maine.   It was the day after an offshore storm when a lot of interesting things (lobster traps, buoys, hen clams, etc.) had washed up in the surf.
It was measured at 49 inches and estimated to be about 50 pounds. For perspective, I’m 6’3″, and the tail is not off the ground.   It was released after a few photos and swam off.   It took about 15 minutes to land.
I also caught a personal record 44 inch fish on September 1st which also took a chunk of mackerel purchased at Surfland.   Interestingly enough, these two fish were the only ones in almost 300 caught this season that were over 27 inches.   Since 28-35 is the slot, I haven’t had a keeper all year, yet I’ve caught the two biggest fish of my life.   Go figure, right?”
— Marty

Somewhere north of Massachusetts (location undisclosed) we have Sabin (13 years old) making the most of mastering eel fishing.

Then into New Hampshire with Amos. Sunday morning Amos Putnam was fishing along the north beach in Hampton. About a half hour before the am low tide Amos caught a 44″ on a savage sand eel. The fish had destroyed the tail so he switched over to a SP Minnow in a mackerel pattern and a few casts in he caught this 47″ from the beach. Don’t let anyone tell you that the fall run is over…………it has just begun!

Now onto Plum Island and the area. Sandy point has been producing a lot of small fish the last few weeks also. Anywhere from the micros on up to the mid 20″ range. Some people have just starting fishing and have picked a good time to start. If the fall run is good, you will be dreaming of stripers all winter until their arrival next spring. Congrats to Matthew here!

A few other pictures from the area:

The drive-ons have had a busy time on the beach. Some of them have been telling us that you can’t fish more than one rod. The little schoolies are hitting the bait so fast that as soon as you throw it out they are on. They are a hungry bunch. They love sea worms and the oceanfront guys oblige by giving them a feast. But that isn’t to say that there haven’t been any big fish on our shores either. Got an email From Keith Jensen Sunday afternoon and this is what he had to say:

“Hi Surfland, I was out drive-on fishing with my buddy Kevin O’Clair last night on the refuge beach. I caught this 36 inch striper on a Surfland sea worm around 8:30, an hour into the incoming tide Saturday night (10/3)”. ~ Keith Jensen.

Also for anyone that fishes the oceanfront but not necessarily the refuge or has their night pass the sand bar just down the road from us heading north is at the moment attached to the beach. Martha and Parker took a walk the other morning from the beach and this is her view looking back towards the beach while she was on the bar. She found some salps (favorite food of the Mola Mola) and a not so good looking bunker. But if you do venture out there, be careful, wear a wet suit and have fun. Should be a good place to practice casting some of your favorite lures and hopefully hook into some stripers or even maybe a blue since we are still hearing a few here and there along the oceanfront.

Now, here is a guy that gets around. One day he’s Albie fishing down on Cape Cod, the next moment he out striper fishing from his boat along the Plum Island oceanfront, and some days you can find him fishing from the beach on the refuge or in the mouth of the river or anywhere ocean touches land! Since retiring Mike Parent has been lucky to go all around fishing. He fishes from both boat and surf and is having a great time in his retirement. He has had an amazing year fishing and most recently went down the Cape to get his line wet and do some Albie fishing. Looks like he did fine to us! Then the other day he was out front inches boat along the refuge beach when he caught this fish that measured over 40 inches and. Man he’s good!

We have a lot of people that come to us for gear and advice about Albie fishing. Since we don’t have them around us we also had to learn over the years about Albie fishing. We have learned by listening to customers that were already fishing for them and what their needs were for this sport and relying on some our reps for advice in this matter. People have been getting more and more interested in it and heading to the Cape and the islands as well as Rhode Island and New York to try their luck in catching an Albie. It isn’t an easy thing! There have been trips that no one catches anything, or one guy caught one out of a group of 3 or 4. But this year it seems most are doing better than ever. So over the years we have managed to carry some great gear and have been able to give some advice on this type of fishing. We were able recently to give such advice to someone looking for a gift.

Howdy –I was in the shop last week looking for advice / supplies for a trip to Martha’s Vineyard in search of the elusive False Albacore. You sold me (well, actually my wife) a Penn Clash reel, made some suggestions on line (braid) and lures. I’m happy to report that while fishing with 3 generations (my father-in-law, my son and I) that we hooked into some Albies and caught my first one. Wanted to send along a quick email of gratitude for the advice and tackle! Cheers,-ashley

Deep sea fishing. Did you know we can also hook you up with gear and bait for that? This was a great year for fishing the party boats (when they finally got to get going!) or your own. It was a terrific haddock season along with other species such as pollack, hake, red fish, and a couple weeks of cod here at the end. Clams are always a must, but this year squid jumped up a lot of notches as a bait choice. Dan Parma was in a few weeks ago gearing up for a trip with friends and sent us some pictures and an email.

Hi Martha,
I just wanted to thank you again for helping me and my brothers out with the new setups. We had a great day on the water and we are extremely happy with the new gear!The weather was great and we all landed some keeper Haddock, Hake, pollock and a few decent size cod.It was a really good trip.
I have a few reels that I will be bringing in soon to be serviced…….
Thanks again for helping us out! ~ Dan P.

So it looks like we have a few more weeks of fall fishing to come yet. Some years the fishing can go into November. That will depend on how many storms come along, but in the past we have had fish caught during Thanksgiving time so don’t quite yet!!!