Dreaming of a Fishing Vacation? 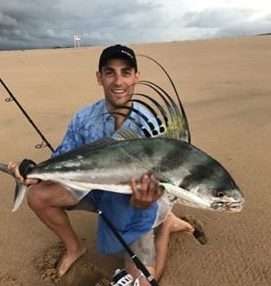 11 Oct Dreaming of a Fishing Vacation?

Posted at 16:14h in Uncategorized by Liz Cowie 0 Comments
0 Likes
These guys came in to the shop a couple weeks ago and started piling up the plugs and gathering all sorts of terminal tackle. We finally asked, “Why so many plugs?” “What’s going on?” “You know something we don’t?” Come to find out they were headed on a trip to an undisclosed location on the Pacific coast of Mexico to go fishing. So we asked them to share some photos with us. So, anyone interested in catching Rooster fish and Jack Crevalle head west!

Left to right (Billy Kiley, Phil Iaccarino, Danny Guadagnoli, Josh Pennie, Bret Siflinger). Danny also shared details so I will try to match up with the pictures. Enjoy and start dreaming of a fishing vacation! 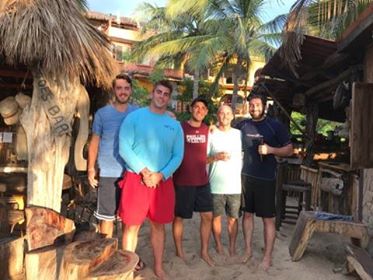 Bret Siflinger holding a Jack Crevalle. (Looks like a Robert’s Ranger hanging from its mouth!) 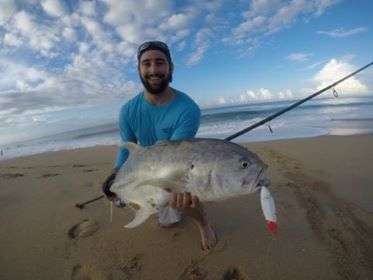 Danny Guadagnoli fighting/holding a Jack Crevalle.
As promised, we took a bunch of pictures on our trip to Mexico with the surfland shirts! 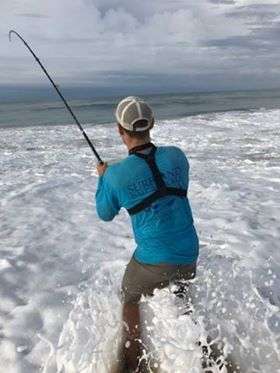 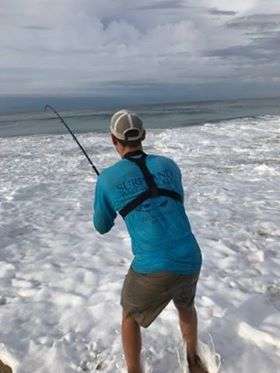 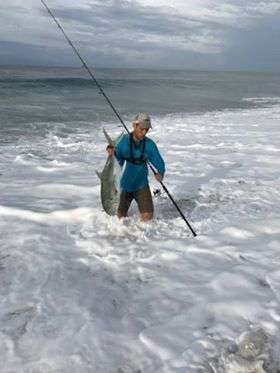 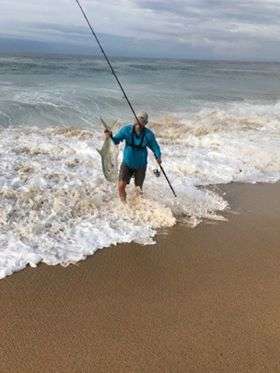 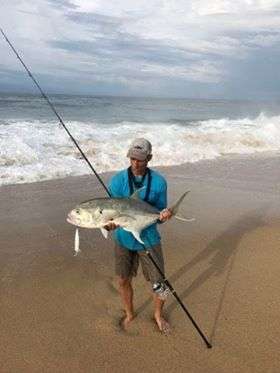 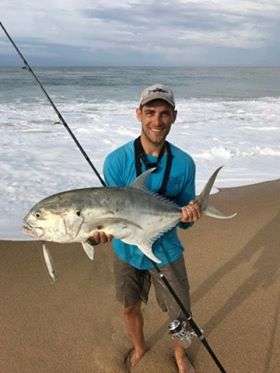 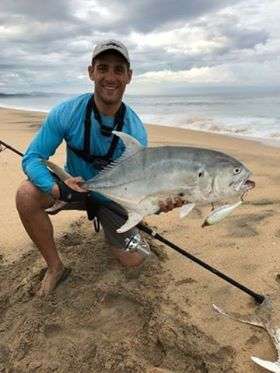 Danny Guadagnoli with a Roosterfish. 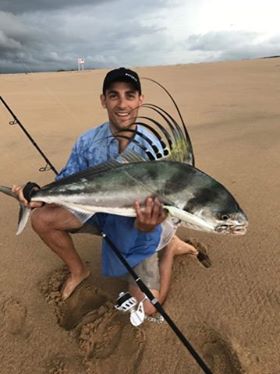 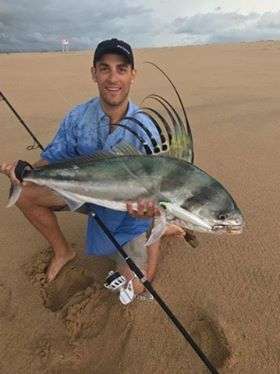 Billy Kiley holding a Roosterfish as a wave crashes on him during the release. 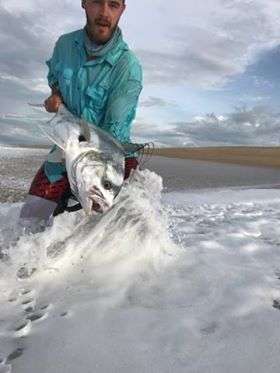 Josh Pennie holding a 50lb Roosterfish he caught the morning of our flight. It was legitimately our last cast and we had 15 minutes before having to leave for the airport. Can’t make this stuff up! 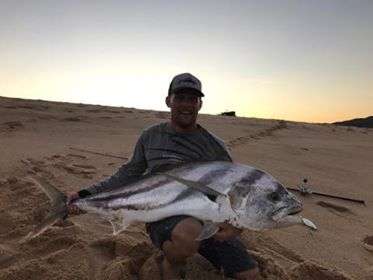 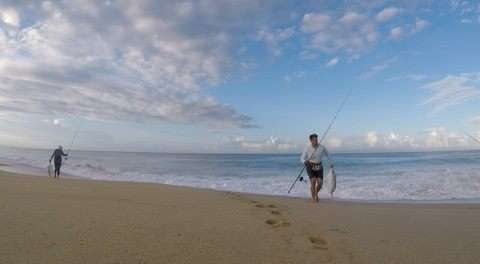 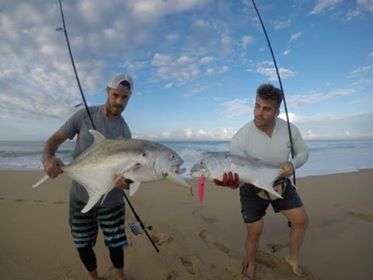 We left yesterday but it was an absolutely epic trip. We all caught nice Roosterfish and a handful of Jacks, many on topwaters. Sebile stick shads were the top performer as the fish preferred to hit subsurface, often times in the wash. I can’t disclose the exact location but it’s a small town on the Pacific side of Mexico. We rented ATVs for the week and cruised the beaches during the mornings and afternoons. Most of the fish were taken just blind casting at various structures along the beach. It’s normally completely empty without a person in sight. You’ll frequently see sea turtles laying eggs and wild horses hanging out by the lagoon that empties out. It’s a wild place. It’s grueling fishing because not only is it 90 degrees, but you’re casting 11ft+ rods and heavy lures, retrieving them at top speed. There’s nothing quite like seeing the Roosterfish comb behind your plug! 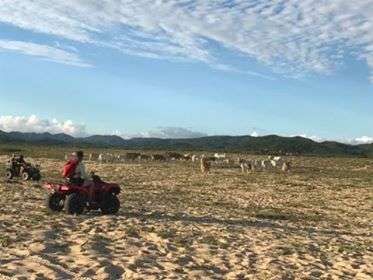 The End……
Thank you boys for sharing your adventure. Hope the SBT Team enjoys reading and dreaming.