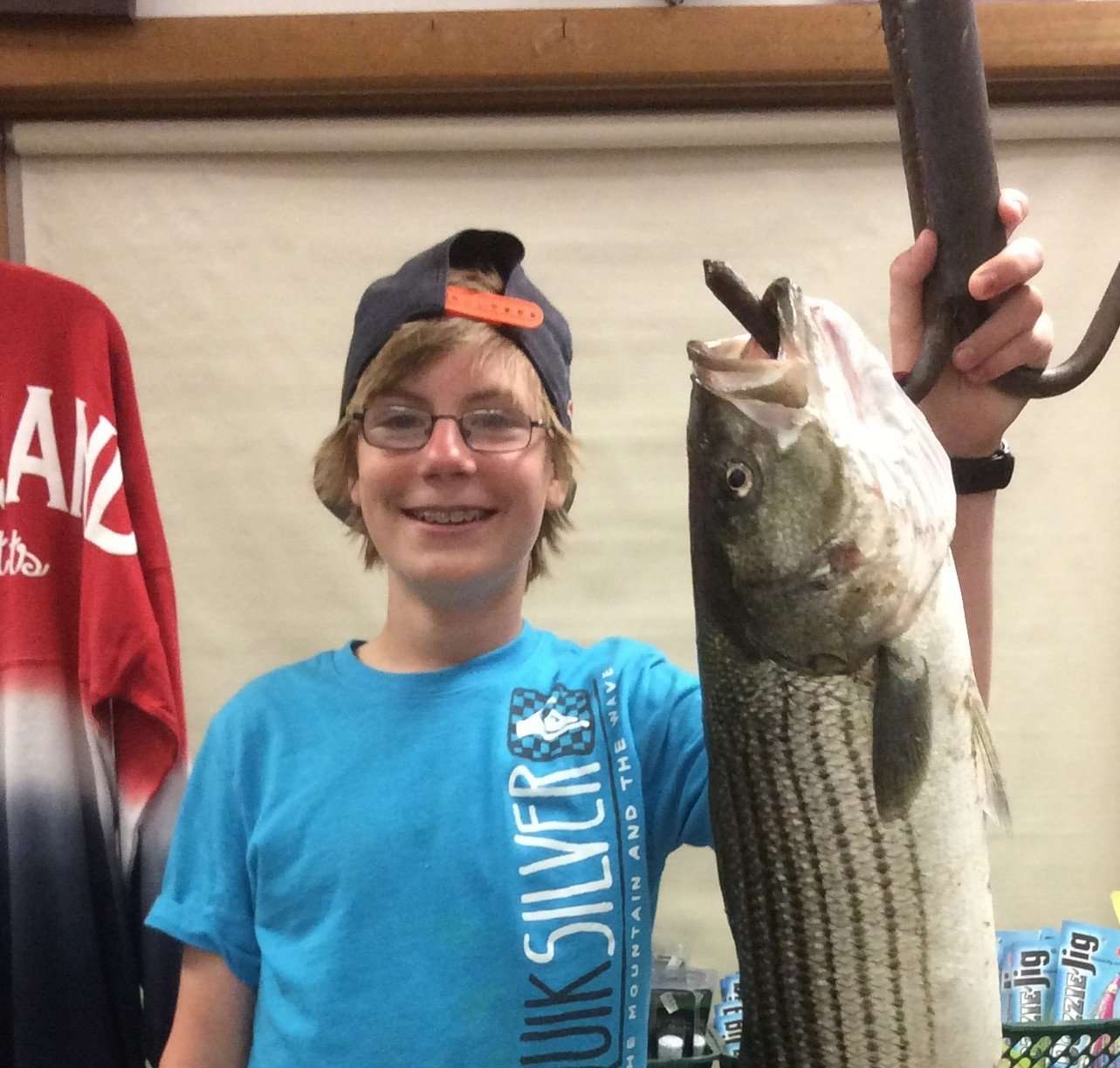 Eli Garrett from Corinth, Vermont was visiting the island to do some fishing on Sunday. Eli, his dad, and others went to Sandy Point down on the southern end of Plum Island. They fished the through the late afternoon low tide and the first few hours of the incoming. During the incoming tide Eli hooked into this 10-8 pounder using clams and weighed it in at the shop just before closing. Hope the striper tasted good Eli. Come back to Plum Island soon. 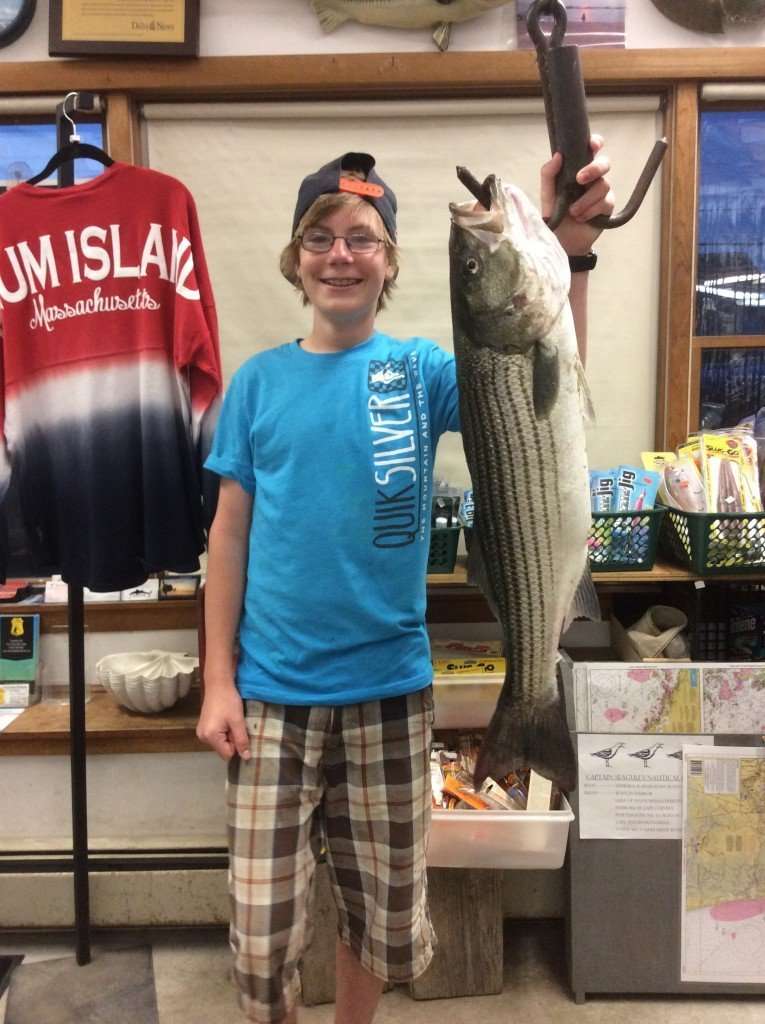 We are hearing of Sturgeon being caught off the Salisbury jetty. Two issues here: Sturgeon are an endangered fish and are not supposed to be targeted to catch. We know that a lot of these fish are being hooked while fishermen are fishing for stripers or they are being foul hooked, so if you do hook into one, just remember to cut the tine as close as you can to the fish without bringing it out of the water. Never touch this fish please. But we are also hearing that the state park officials are not letting people fish from the jetties, that they periodically chase you off. So, if you do manage some time out there, but careful and aware of your surroundings.

Okay, this morning we are having some fishermen back in to the shop that are returning from fishing day break and through the low tide down the mouth of the Merrimac. They have reported to us that a few fish were caught in the range of schoolies to 28″ sizes. Also there was a report of two shad caught! Out of the last two mornings, yesterday was the better day, but low tide early morning is always a good time to be down at the mouth.

Flounder. What are they? Here we were getting so excited to think that if the striper fishing was so fantastic, that naturally the flounder fishing would follow suit. But we are not receiving any favorable reports on flounder. Have a few guys trying out front of us and they report a few but nothing of much size.

The bass still seem to be all around. Joppa can be hit or miss as far as getting the fish to bite. Everyone reporting fish, and some big ones at that, but they seem to just be lazily swimming about Joppa. The Plum Island Sound and the back rivers still have a lot of little guys in there. Fun to catch on light tackle!