Whether it was in honor of Cinco de Mayo or the Super Full Moon, the fishing has been HOT HOT HOT. Yesterday we kept hearing about fish all day. The oceanfront seems to have been the hottest area. Terry Murphy from Darcut came in later in the afternoon with this 9-11 pounder that he caught on clams. Terry also caught and released five other fish all 28″ and under on worms. Worms and clams, clams and worms……….they both are getting the job done. 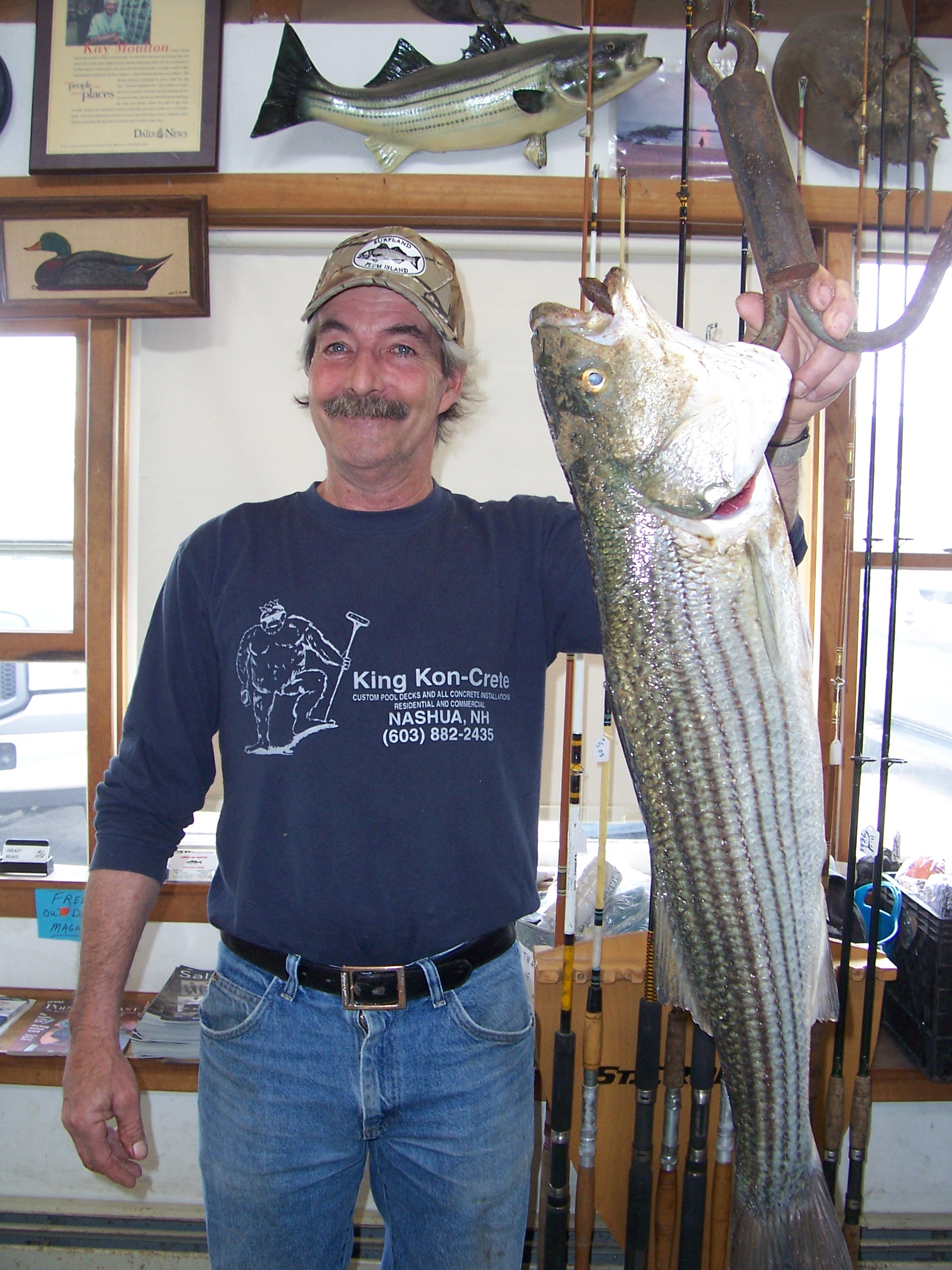 This morning, May 6th, Chris French from Lynnfield MA caught his 11-4 on a Hopkins, from a Kayak during the bottom of the outgoing tide somewhere in the river. 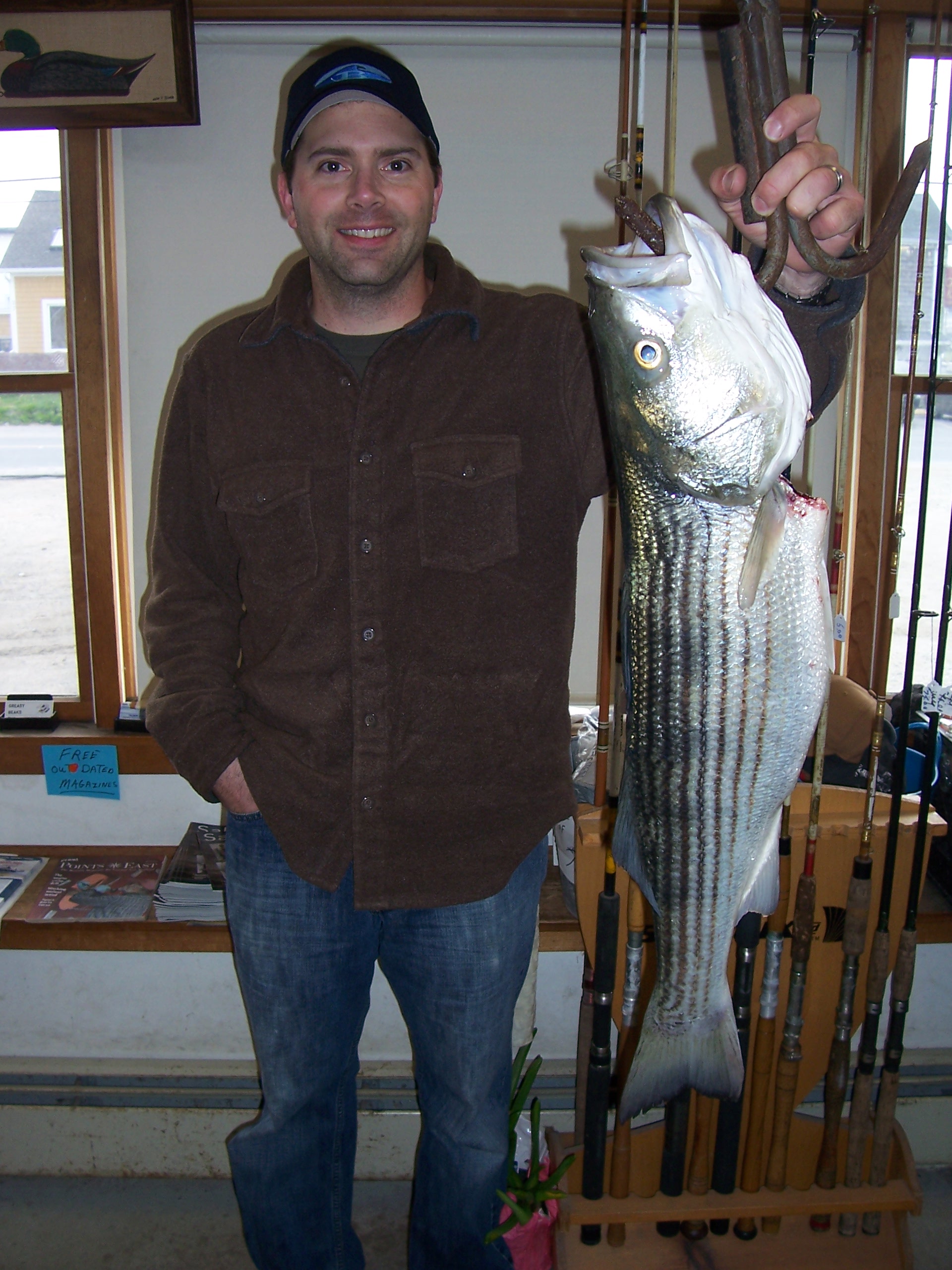 And, the biggest news of the weekend, of course is the Kelly Boys. They arrived early this am and went to the oceanfront. Andy says the fish started striking pretty much as soon as the line got wet. The beach was fairly busy today. All you could see were rods bending! Pictured here is Tommy Kelly with his two fish that weighed in at 11 and 10-4 lbs. They say the action lasted all morning. Between the three of them, they caught and released about another 40 fish, all 28″ plus sized with a few in the mid 30’s range. They also caught a few smaller fish later in the morning/early afternoon. Most everybody has had a great day today! 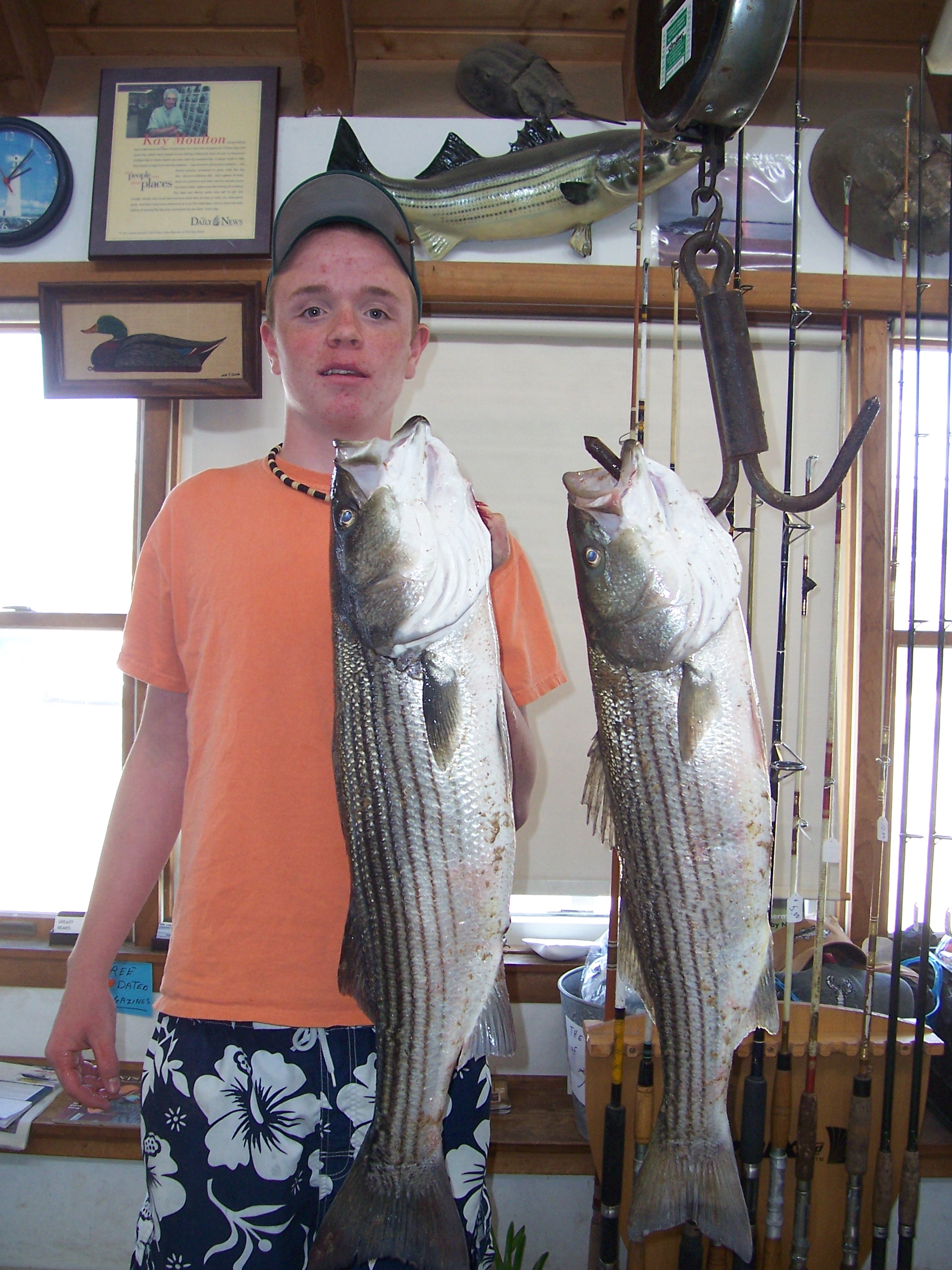