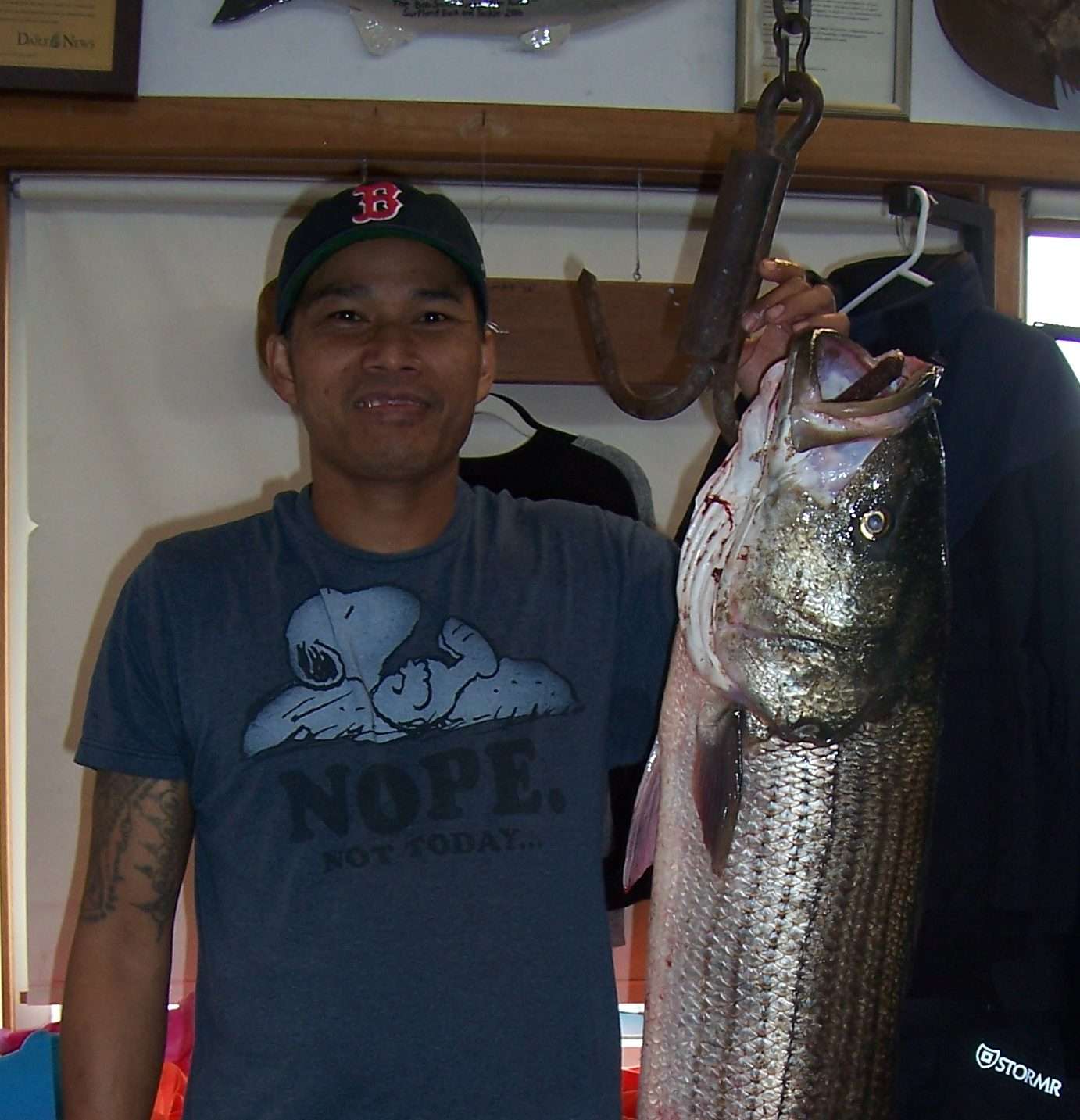 13 May Isle of Plum………its happening here and now!

The first weigh-in’s of 2017 happened last night with these two fish. Joe from Plum Island and Byron from Lowell fished the mouth of the Merrimac River for the low tide early last evening. Joe’s fish (left) weighed in at 8 lbs and was caught on a bucktail jig and Bryon’s fish weighed in at 10-8 lbs and was caught on clams. Bryon also caught 11 other fish. The action has been great around here these last few days. Most of the day Friday we had guys that walked up and down the beach catching micro stripers, stripers all around the 28″ mark, and even some big shad! Some of the shad were even getting pushed onto the beach by seals or they were getting tossed up by the breakers hitting the beach when they tried racing through a trough along the shoreline. Either way, they were big shad and were fun to catch when snagged on light tackle.

Then this morning Arthur Em from Lowell, MA came in from fishing the oceanfront and said “I just caught this”. The fish weighed in at 25-4 pounds and was 39″ long. This is early, very early to see this size of a fish here.  Arthur was using a Shimano Coltsniper. Now don’t get all worked up if you don’t have this lure. The Mambo minnow, the Daiwa SP Minnow, all the swimming lures have been working. You just have to get out here and walk and cast and walk and cast and walk and cast. I’m sure you get the gist! Good Luck! And with the storm coming, you fisherman that like to be out there is this have fun and stay safe. The rest of you, we will see you when it calms down and the sun shines next week.

Congrats Arthur and have a good Mother’s Day feast hopefully for someone in your life…….yum! 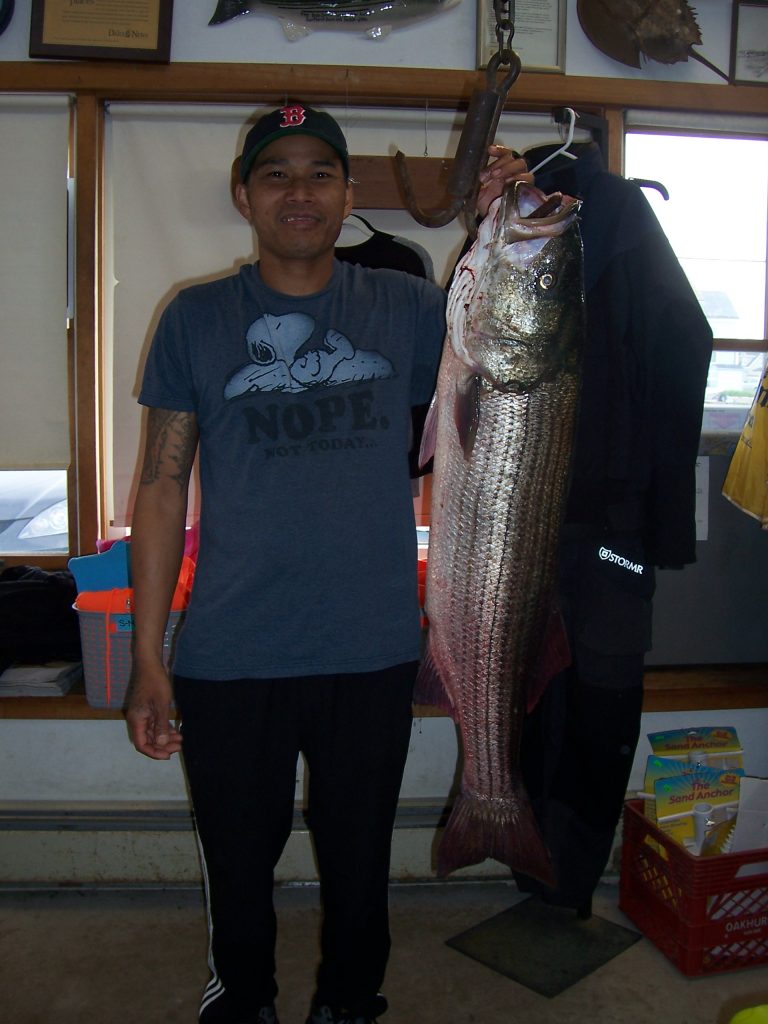