We are not saying any names, but a charter boat captain that does this as his summer job was just in and reported to us that there were fish all over the surface in the mouth and out along the oceanfront. We will admit, the fishing  has seemed to slow down a bit, (it’s just time of year),but if you are willing to put in the time and have patience would may be well rewarded.

We also had a fisherman in the store a short time ago and he reported that during the high tide along the oceanfront the were fish busting surface but they were “just” out of casting reach. He was headed to the flats to try his luck there next. So eat your Wheaties!

On the flounder……………….still getting some along different spots of the oceanfront. One spot along the oceanfront to try would be the ocean side of the jetties. The boat guys usually do well outside the mouth of the river here and we have heard the beach has been producing as well.  But, again, some days are good and others are slow. It sure hasn’t been the flounder fishing like the last few years, but let’s hope it is just running a bit late and that a few days of warm weather and sunshine will turn things around.

Now on a matter much more serious than the fishing……………………………..MACKEREL Someone (no names mentioned here) reported that he was a she, didn’t liked to be weighed, and was 35lbs! Well Mackerel was most disturbed buy the news. Won’t eat his food………….hunger strike! So we would like to set the record:

Here is Mackerel relaxing in the store 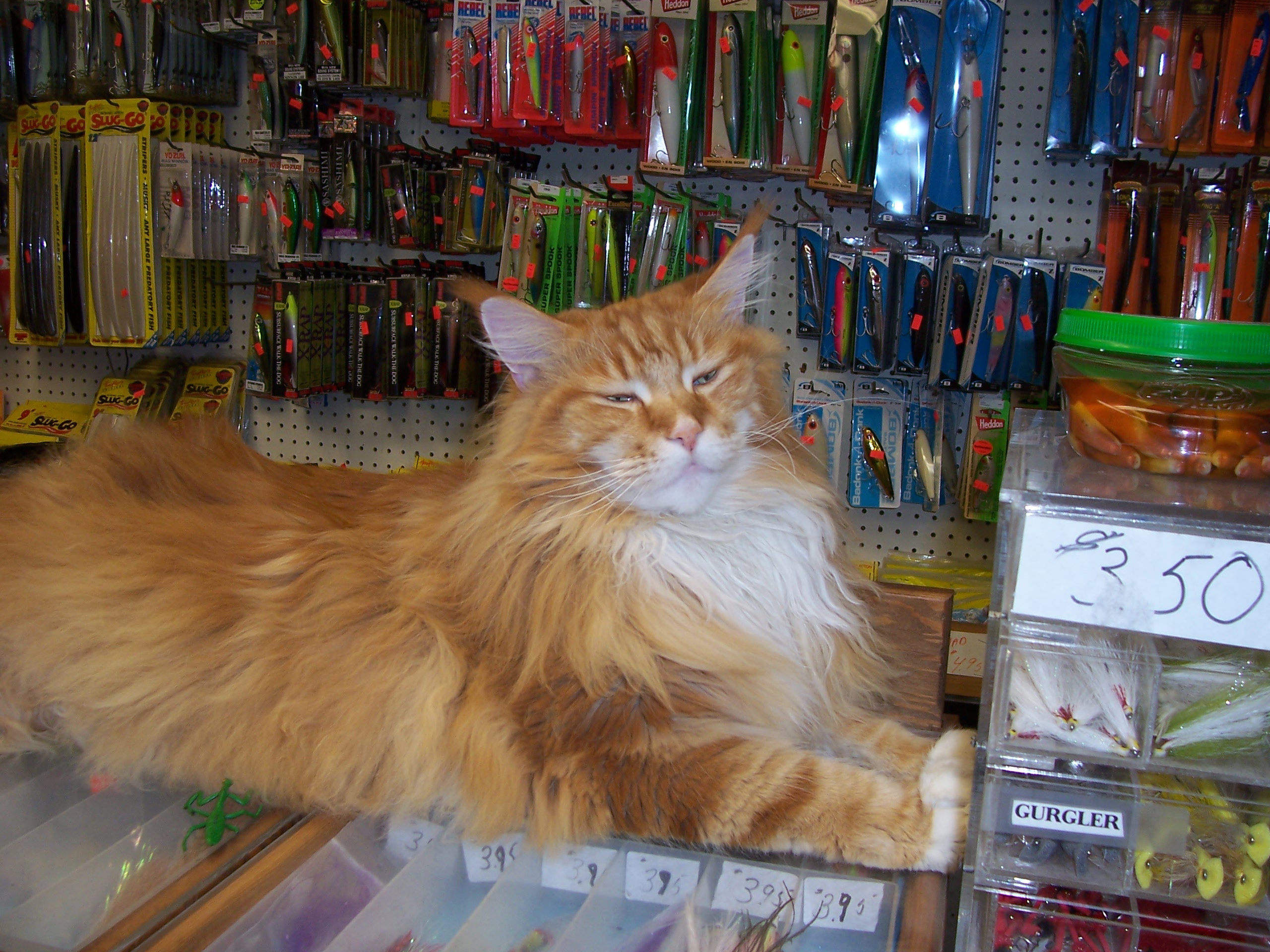 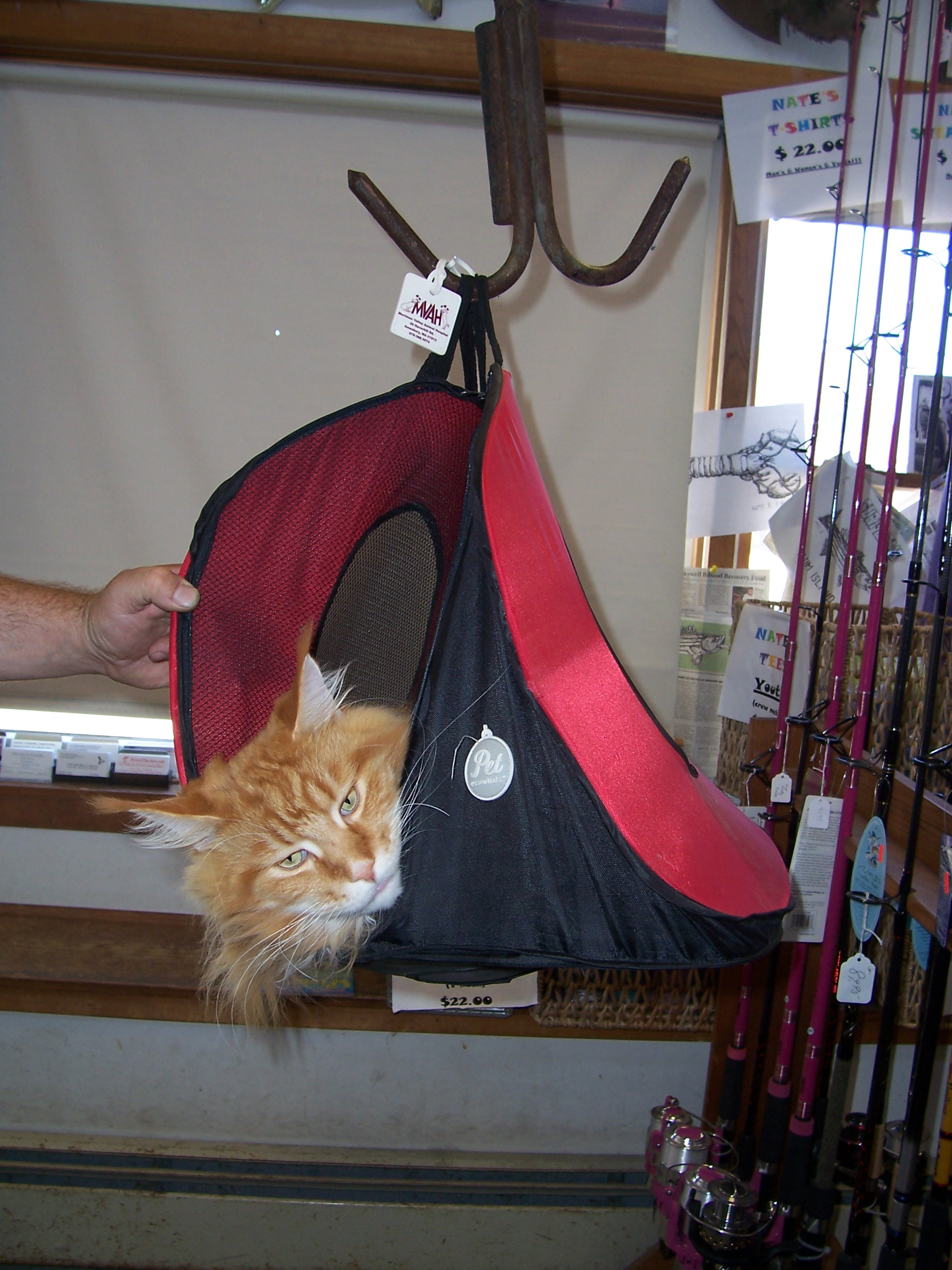 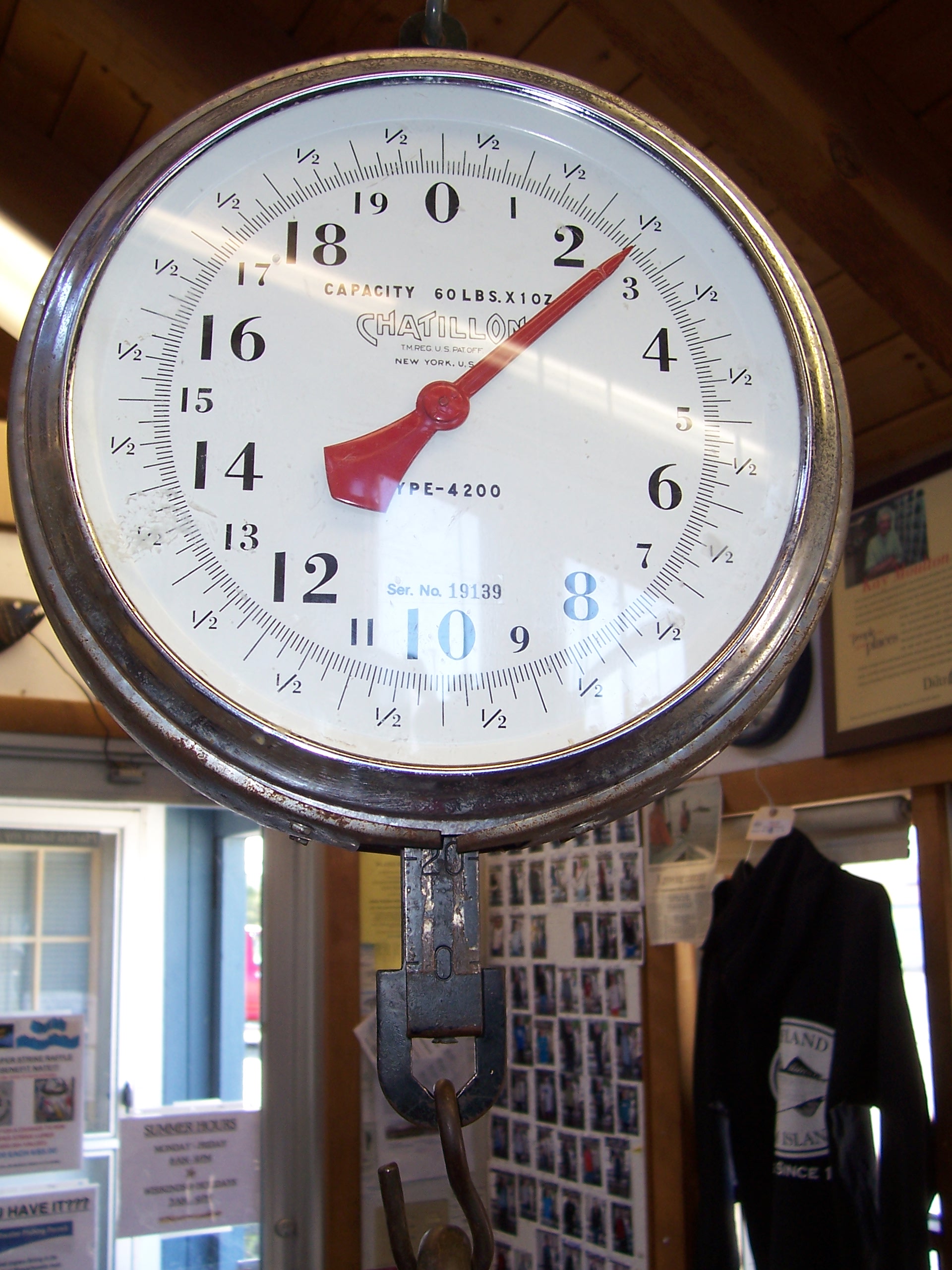 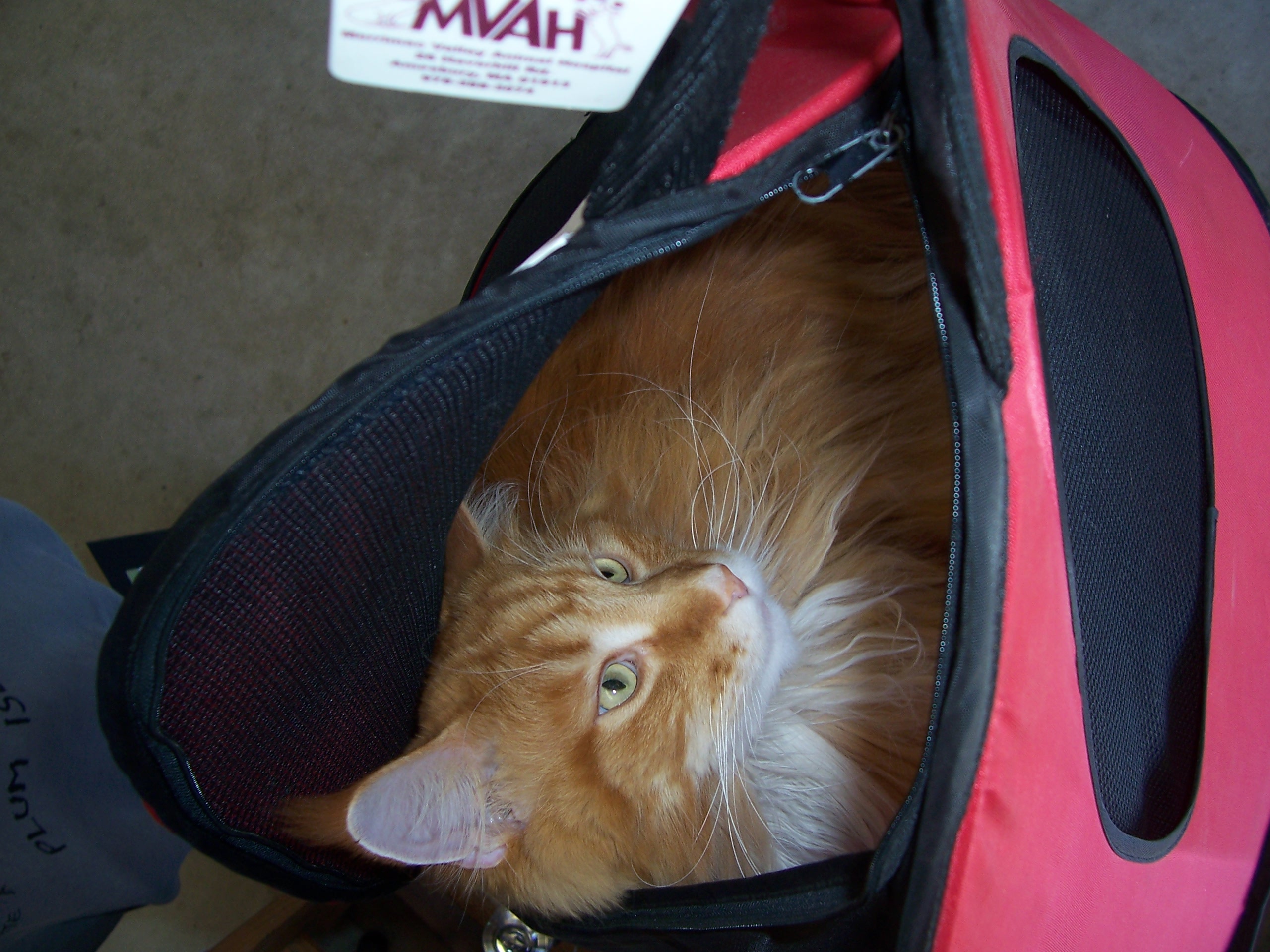 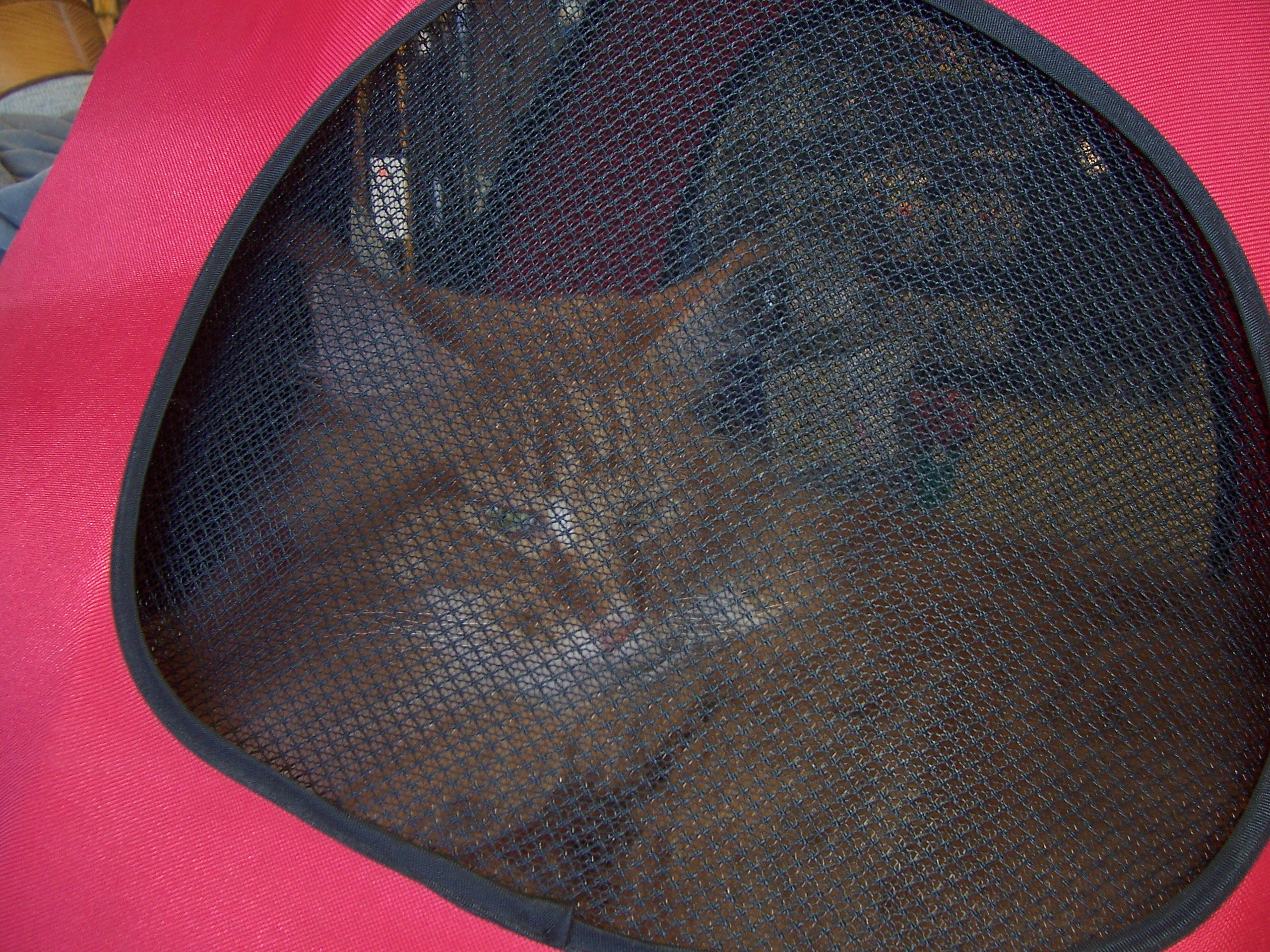