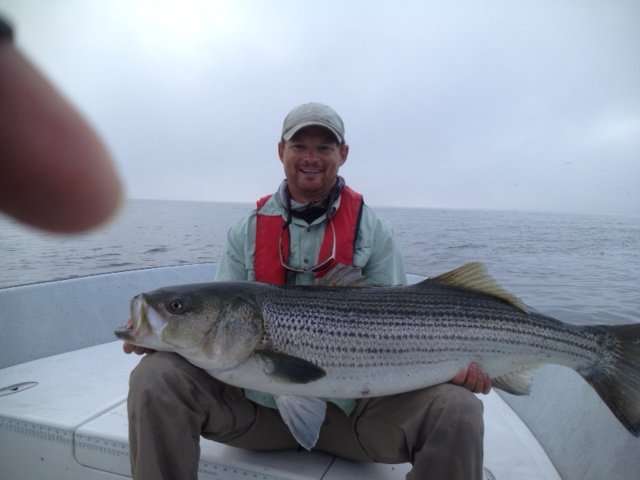 Yes the dog days of summer are here! But that’s not all that is here…………………….it is greenhead season! and the last few days have been horrid!! Remember people, some of the Avon Skin So Soft brand of goodies works for a lot of people, and yes we carry some at the store. They will probably last another two-three weeks, since they seem to have started late. UGH!!!

For reports, back on the 10th, James Yelle caught this 11-2 pounder on the ocean side of the south jetty one hour before low tide using mackerel. 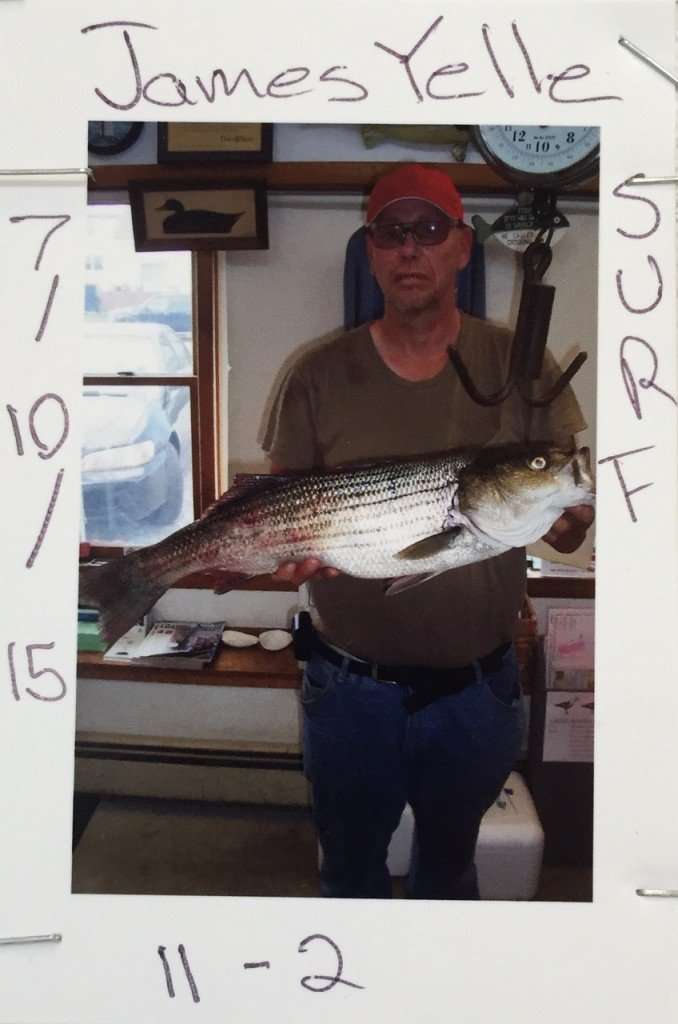 Then over the next few days things seemed to go a bit quiet. I had a few fishermen that got to the river in the early hours of the morning that managed to do okay, but with the heat of the day and the weekend with the boat traffic things were very slow. Even the mackerel were scarce for the most part unless you were up and out and done fishing by 7ish. That report on mackerel came from one of the boat fishermen.

Then I received this picture from Martha just before closing. Don LaRuffa weighed in this 35-3 pounder that he caught from his boat along the oceanfront. Don had been fishing all day and live lining mackerel with little success. So he decided to be lazy and relax a bit so he used a piece of chunk mackerel and bam! You just never know when they will hit and what they decide they want to eat. 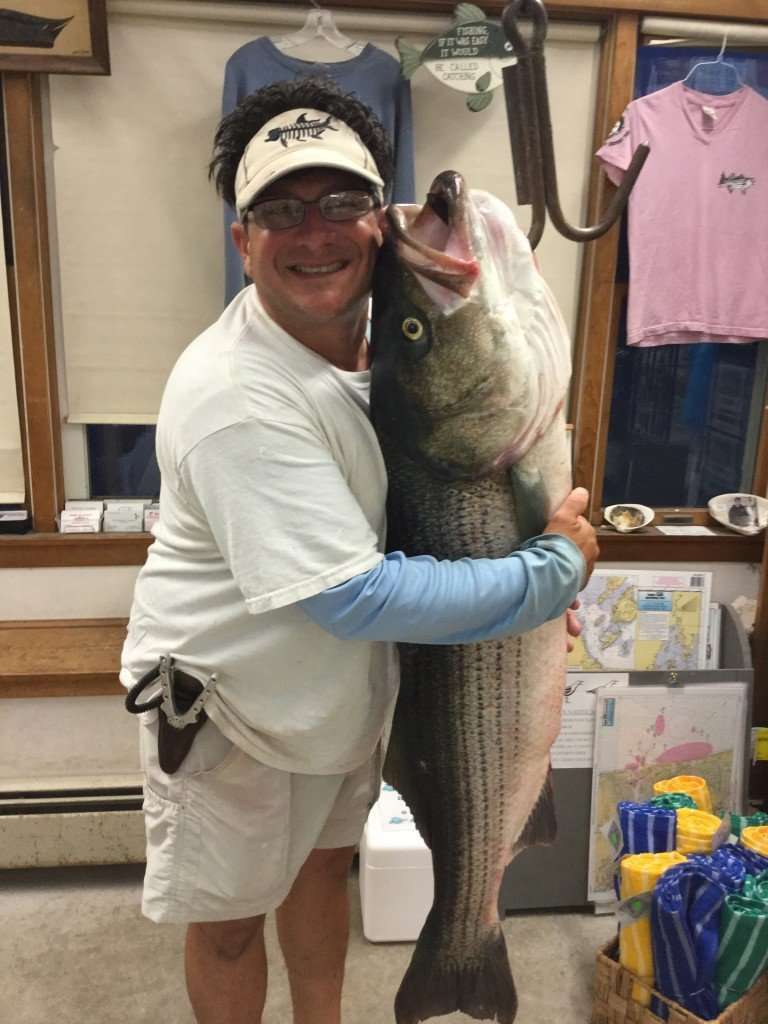 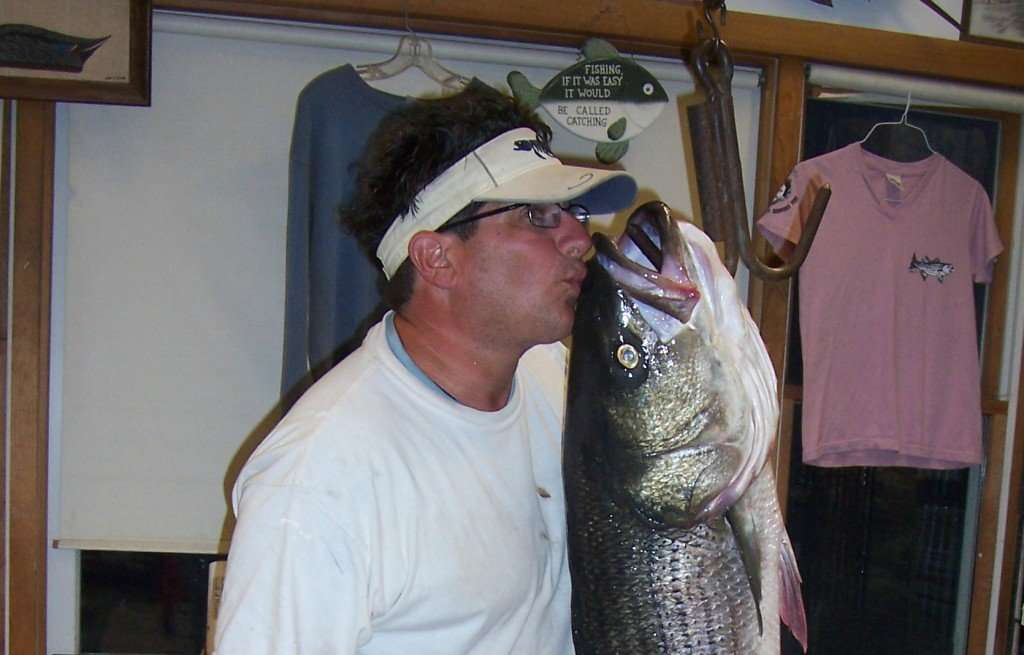 Even better yet, Martha got an email from Dr, Tsao and he sent her these pics with a little brief statement:

~~~48″ this morning , just when tide turned on incoming outside the mouth, released alive, caught on 7.5″ sluggo with jig head even caught bunch of Mac with it too, good solid blitz for two hours~~~ 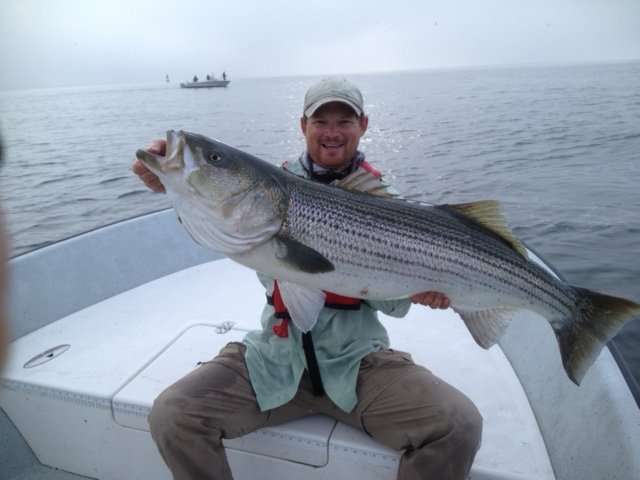 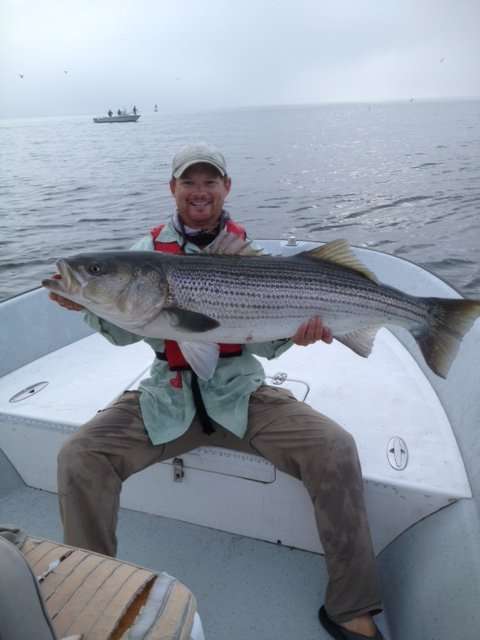 And flounder, that ever elusive flat little fish that has been scarce these last few years. The have seemed to be far and few between, but some reports have been that if you can get past the skates and deal with a few of those first there are some flounder under, around, behind, and next to them off the front beach.