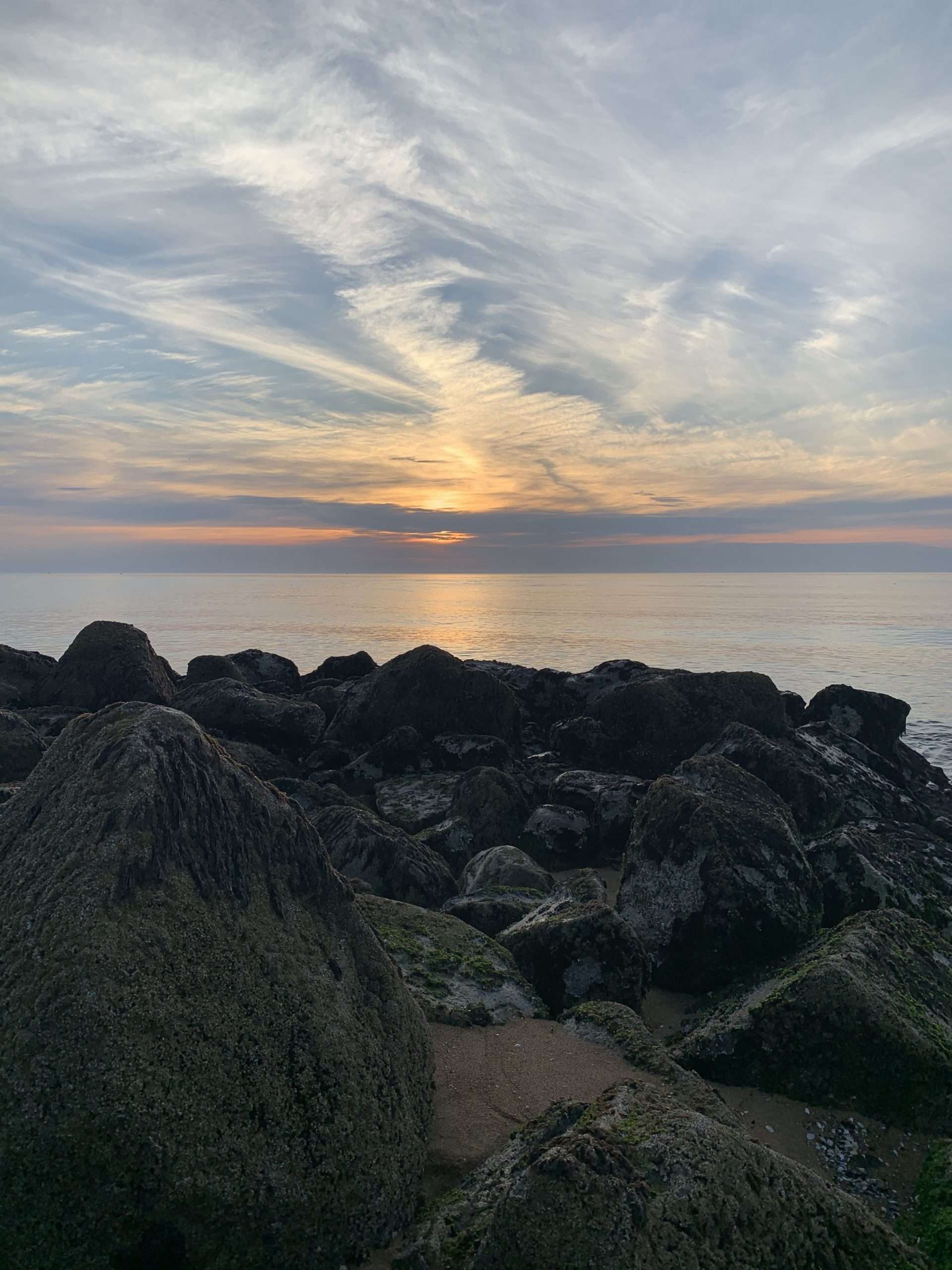 It’s a scorcher of a weekend here on the island as elsewhere. And just as the heat and humidity affect us so does it the fish. This time of year is affectionately called the “Summer Doldrums” and for good reason. When the temps rise so do the water temps. This can cause the fish to do a few things. One is that they get sluggish and can just laze around and not eat. Another thing they might do is head for deeper water where it is cooler or find some deeper spots in the river and “chill” there until nighttime. We have had many guys just like last year saying that the are reading fish on their fish finders under schools of pogies but they just can’t get them to bite! This is nothing new, every year it is the same thing. But with some patience and time plus a little luck sometimes you can get them to bite!

Fishing during the heat of the day can be a hard thing. Aim for fishing early am sunset or nighttime. If you like to fish bait clams and worms can be very productive for small fish from the beach and from the river. The guys fishing off the jetties have been using a lot of mackerel in the deeper water of the mouth. The soft plastics are still ruling the lure world, but during the day we have seen a lot more metal lures being used. They will reflect the sun and create a shimmer effect like a bait fish and also go deep so metal is always a good choice to try if you are fishing during the day.

The fishermen on the water always seem to have a slight advantage over the surf guy and one place this is evident is in Joppa Flats. The tube-n-worm during the day is still producing fish when all else fails. Even though the bite has slowed in a lot of places, this is one place that seems to still be producing fish. This past week there has been some morning high tide action.

This time of year we definitely see a slowdown in the numbers of fish being caught so a lot of fishermen turn to nighttime fishing. Usually the temps drop just enough to encourage the fish to go in search of food. One of the favorite live baits that can produce fish when nothing else seems too is eels. Fishing live eels isn’t the easiest thing to do. They are slimy, curl around your arm, have to be hooked just right or else you can sail one off into the night on a cast, and can have a mind of their own. The best way to fish a live eel is to work it just like a lure. Cast and retrieve, cast and retrieve, cast and retrieve. Simple as that! HA! With time and patience you can master the art of fishing with eels, just remember….time and patience. Some guys will use them as you would a piece of chunk bait, but this can also lead into trouble. They like to ball up into a “fist” like shape or can head towards cover if you are around rocky areas or other places that will give them a hiding spot. But for those that have mastered this option, good for you!

Or if you are fishing from a boat then you can cast or do a slow troll with them. Live eels from a boat can be used all over the place. Troll them along the oceanfront. Cast the eel towards the beach and drag them through the surf. Or do a slow troll along the coastline. Inside the river cast them towards the grass and drag them through the edges of the marsh (just be careful not to get caught on the grass) or again do a slow troll along the edges. Under the bridges and other areas that an eel might lurk ,like pilings and rocky areas also can produce fish. Just be careful, if you are not an experienced night fisherman then don’t get too close to any structure. Give yourself time to learn the ropes!

Pogies from the Beach.

Over the last couple of weeks with the big schools of pogies that have arrived we have had some fun from the beach. Usually it is a “boat” thing to go out and snag some pogies, but this year the schools have been in close (wether they are being pushed in by fish or other sea life or if they are just running the beach closer) and the fishermen have been able to have some fun catching these guys. The man, the myth, the legend himself Mike Serrentino is having fun this week doing just that while on vacation. . He and his daughter Kathy are pictured here with their catch. He was just in the store this am and is snagging them already today!

The boats have also gathered this morning for the pogies out front:

GIRLS TEACHING BOYS HOW TO FISH

Our own Sam took her friend Jake out this week to fish off the rocks on Cape Ann to introduce him to striper fishing. These guys along with Steve and Mike from Surfland went in search of action Friday night after work. They fished the top of the high tide and the start of the outgoing using mackerel. Several fish were caught this night along with a first for Jake. All fish were in the 20″ range and just under the legal limit, but it was a good night!

Even though mike is hiding in the photo above, feel free to stop in the shop on Sunday mornings to see our very own Gilligan look-alike!

*** photos of plum island beach curtosy of Samantha MacCormack. Ever the trooper do to the early 5 am shift on a Sunday with dad Mike and Steve!