July 2, Looking good for the weekend

At last something to talk about that isn’t flounder. The striper fishing has, at last, picked up this week. Tube and worm guys on Joppa flats have had daytime luck, with lots of 26″ fish taken. Nightime has been good with eels (including a 52 lb striper). Your author grabbed a fat 42″ fish at daybreak on the outgoing tide. This bodes well for the onslaught of fishermen on the beach and in boats this weekend. Today, though, there was no one fishing the beaches. Our guy Billy couldn’t tell what was going on cause there was no one to watch. The weekend is sure to fix that.

Boat reports from this morning are sketchy, only a two word report, “Epic Day.” 30+ fish with topwater action. Looks like outgoing tide in the mouth was lots of fun this morning, judging from this released fish by Jim Cowhig: 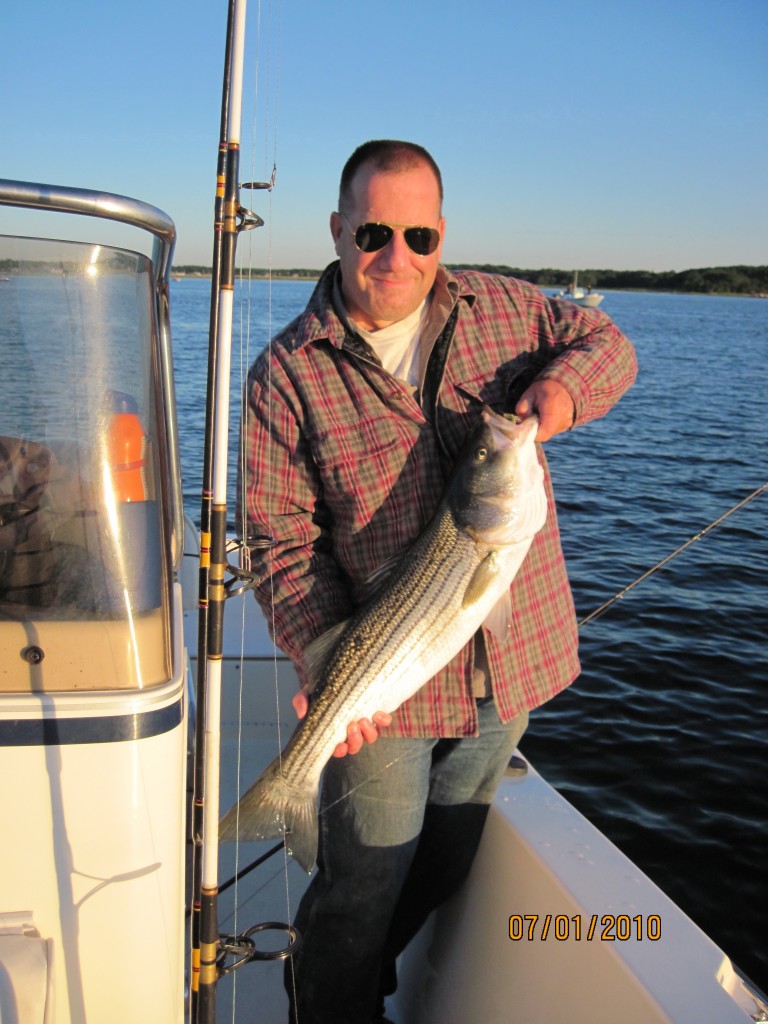 Captain Barry Clemson sent this report and a few photographs:

Been fishing the rocks for most of the week with plenty of action with casters capable of casting 60 to 80 feet.  Most of this fishing requires putting your fly within a 1 foot target area in the green water pockets; if your cast is 3 feet short you end up having a very slow day.

I also worked a couple of days with the U.Mass gang with Dr. Martha Mather personally catching bass between 40 and 60 centimeters for their acoustic tagging program.  It was pretty cool to find out that 33 of the 50 Bass we tagged last year returned to the same exact area.  I’ve been working with them since 1999 on numerous projects. 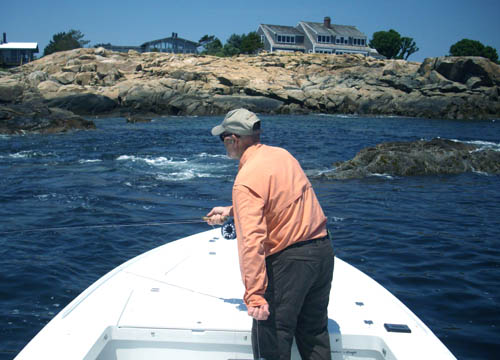 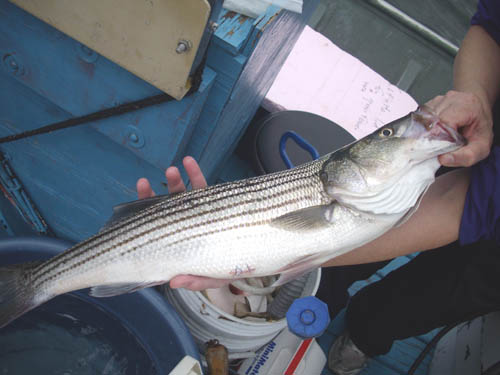 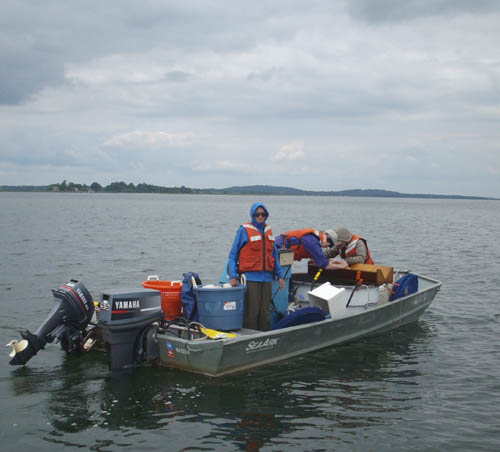 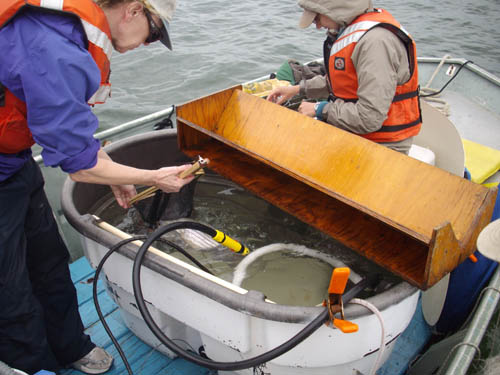