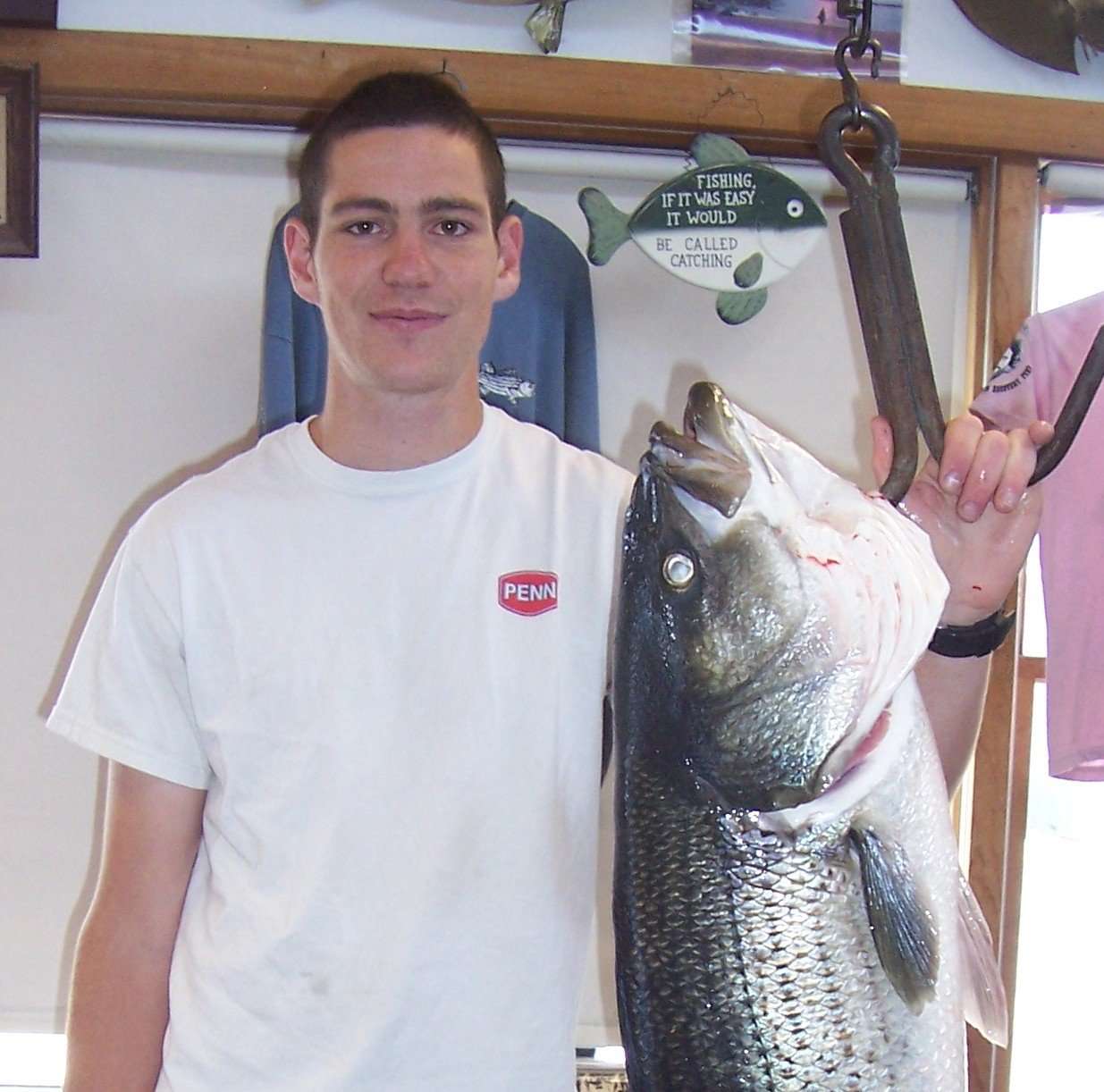 Well Brendan’s many nights on the water, lack of sleep, and hard work finally paid off the other day. Hearing that there were fish on the Salisbury side of the river he fished a live eel in the drift and caught this 31-7 pounder that was filleted, grilled, and made into the famous striper nuggets at Surfland! Nice fish Brendan and thanks for cooking! 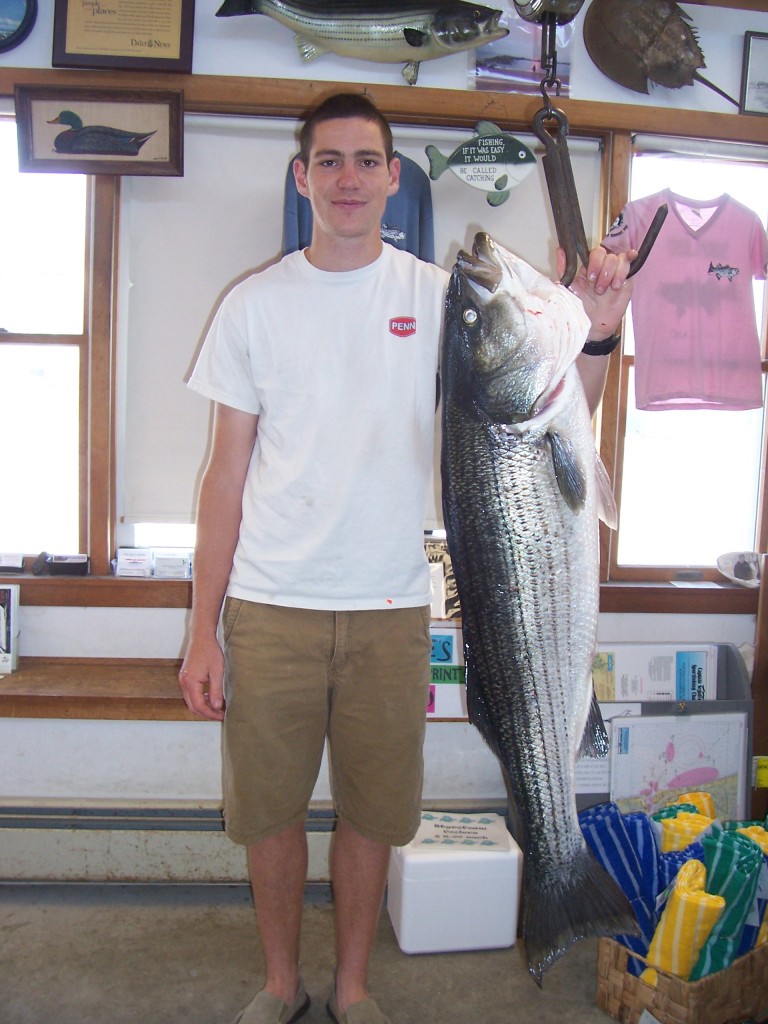 Again its been hot out and the fish have been sluggish. This morning however we had a fisherman come in that was fishing eels along the oceanfront t from about 3am on and did well. He caught a few nice fish and left happy. The mouth of the Merrimac is still producing a few fish but these have been on the smaller side.

However, the flounder fishing has picked up a bit. The Kelly’s headed out with Bossi Saturday am and got their limit of flounder and some nice meaty ones at that! The shore fisherman are still struggling a bit with flounder, but here’s hoping the move over the sandbar and come in so you can reach them. If you have a kayak you could go fish the other side of the sandbars on a nice calm day and try your luck!

Reports of people seeing some jumping big fish out front……….Sturgeon! In fact one of the regulars, Ned &  fished the oceanfront this am and actually hooked into one, which he didn’t realize until it was closer to shore. The fish never left the water and was released. But talk about excitement! Mitch who was also fishing with Ned had a sturgeon hit one of his lures. They said there was a lot of splashing and there were a number of fish. This was all just before daybreak. Sturgeon swim in a school? Don’t know but these guys said there was a school of them. So there must be something they want out there off the ocean. Matt Ayer…..we need some answers! Ned and Mitch also landed some stripers that weren’t quite keepers. They had a great morning. So I guess for the next few days, hit the oceanfront and hit it early, before dawn arrives. They said they only saw one other fisherman walking the beach this morning. Do you guys need a wake up call?

Bluefish have been reported in the area. Had one fisherman report two from the mouth of the Merrimac and another one was reported caught last night inside the Parker River. Hoping they make a run along the beach!