Posted at 14:44h in Uncategorized by Liz Cowie 0 Comments
0 Likes

Well it’s Sunday afternoon and it is a beautiful day on Plum Island. The humidity has finally broken, the temps have dropped, and the water has cooled off. We have had a little action this weekend to report. Saturday, Billy Page came into the shop early in the am. He had finished the early, early,  early am tide along the oceanfront. Billy caught five fish with two being keeper size. He was also in this am and he repeated his actions from the night before.

Ed and Andy Kelly were also out there last night but didn’t get anything, but Ed did get two fish during the am tide and Andy hooked into one during the afternoon low tide. Tom Barnes, former SBT team member was out with another fisherman and they got a couple fish during the low tide. All this along the oceanfront. So, it looks like the bass are starting to bite again. But, it has been TOUGH. There are schools and schools of spearing and sand eels about, not to mention all the crabs along the oceanfront.

This morning we had Jan Kevlik come in with two fish that he caught in the wee hours of the morning using his old favorite, the SP Minnow. He caught a 10-4 and a 9 pounder. He also reported catching a few others as well. 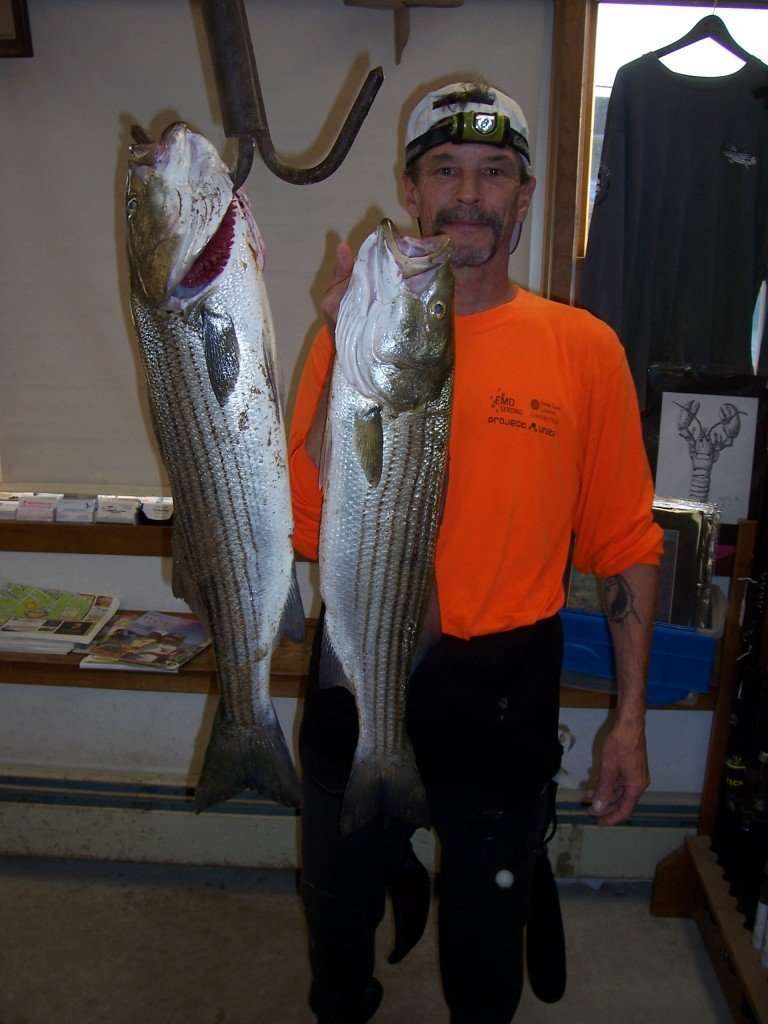 Now, don’t forget about the river. Jake and John Healey from Melrose fished Sandy Point this am for the incoming tide and arrived at the store late morning with this 7 pounder that they caught on sea worms closer to the top of the tide. The Merrimac has also produced a few small fish over the last few days. 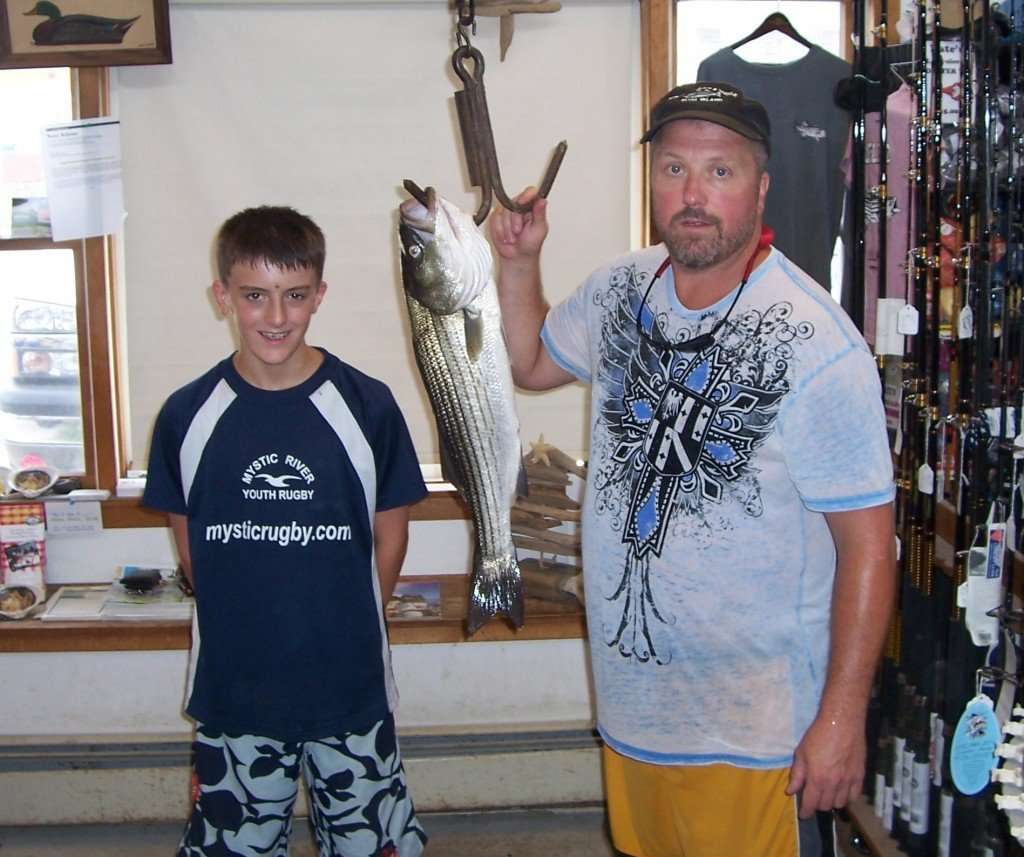 Boat guys……..some are having a pretty good time in the mouth live lining mackerel or drifting dead ones. The trick right now for most of the guys is finding live mackerel. This has been a constant hit or miss dilemma for the fishermen.

Bluefish, again if you troll the front beach you have a good chance of hooking into some. Boat guys are reporting that when they reel their lines in that sometimes they come in with a chunk of their baitfish bitten off.

Flounder??????????? have forgotten what they look like now! That’s all we have to say about them!