Well, again we have a few guys doing well on the oceanfront. Jimmy from Lowell got a fish from the oceanfront in and around the low tide. Jimmy’s fished weighed in at 9 lbs, but was skinny. If this new fish in the area,  they should be fat soon with all the bait fish around.  Well humidity and rain are back again, but nothing like the heat of the last two weeks. If you don’t mind a bit of rain (we know the fish don’t), then you should be out for the low tide this week!

From the boat we had a report from a fisherman that has been doing well at the end of the outgoing tide in the mouth of the river.

“Boston Dave” graced us with his presence this morning. He continues to do well in the harbor on bass. He also reported that there are huge mackerel and pogies in Boston Harbor.

The only photo I have to post is not a striper. Peter Sztramski sent us in this picture from a fishing trip this past Sunday . Peter grew up on the island and probably has a few fishing secret, but he is sharing this one with us today. 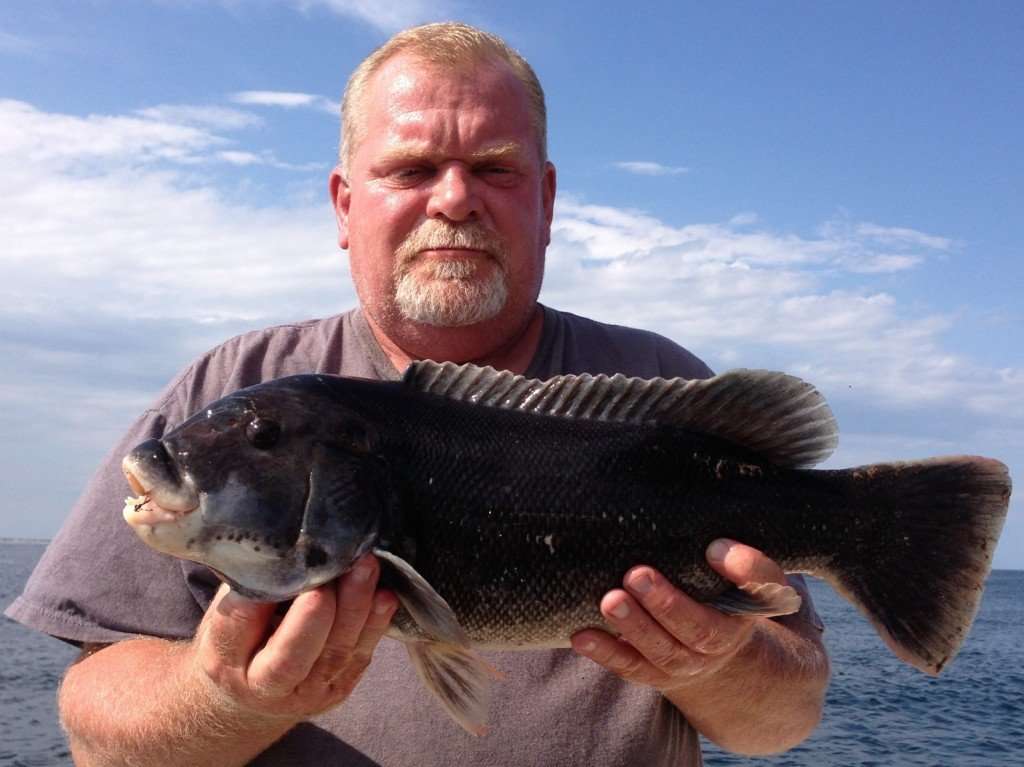 Plum Island resident John Fichera came in to the shop today with a bit of neat information. He caught a fish that had a tag in in it and sent the tag in and got this information back.

In May 2011 this fish was caught in the ocean by Michael Hamilton and was measured at 28″. This June 2013, 2 years later the fish was caught by john in the mouth of the Merrimac River and measured 35″. Kind of neat to know the fish has grown 7″ in the past 2 years. Below is the paperwork John received with more information: 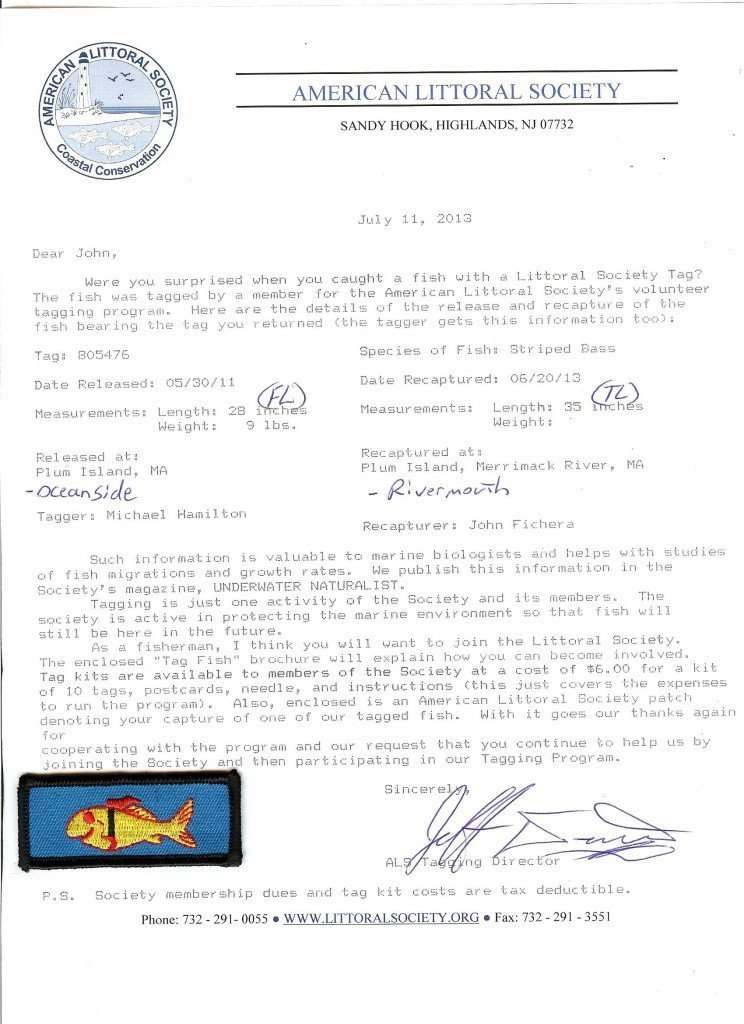