Posted at 10:31h in Uncategorized by Liz Cowie 3 Comments
0 Likes

Yesterday for a better part of the day we had a lot of excitement over this little fish, the snapper bluefish. Thousands were on the oceanfront schooling with, as far as the fishermen could tell, nothing behind them chasing them. The Kelly’s, Brendan, and Billy Page went fishing for stripers but started hooking into these little guys. Everybody, if they had it came back for some lighter tackle, some snapper rigs, or made up their own rig and went back for some fun. These tasty little morsels (so some say) were tiny. Good to throw on the grill whole! 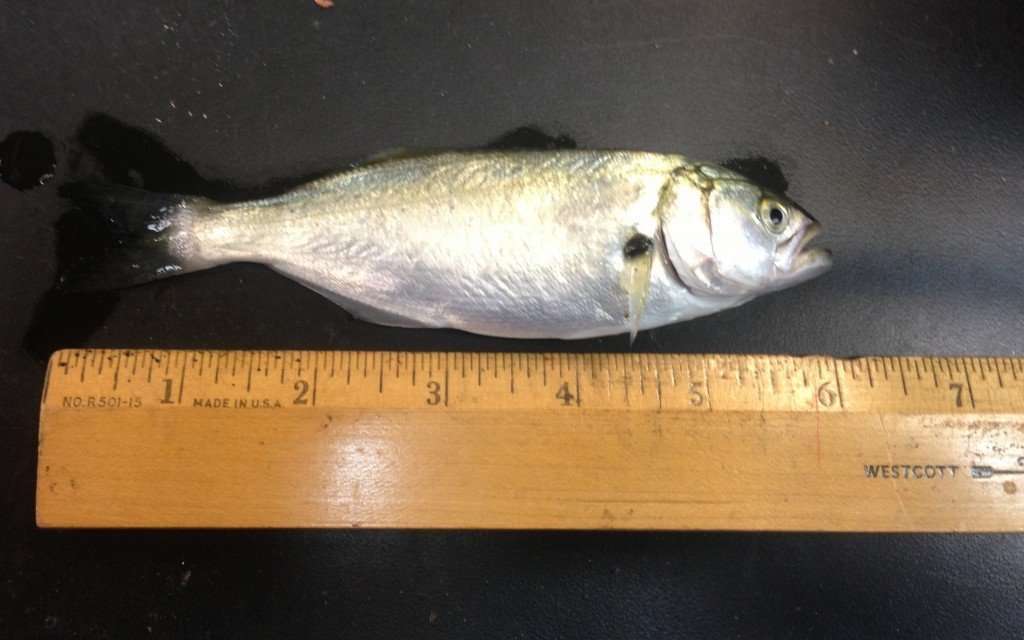 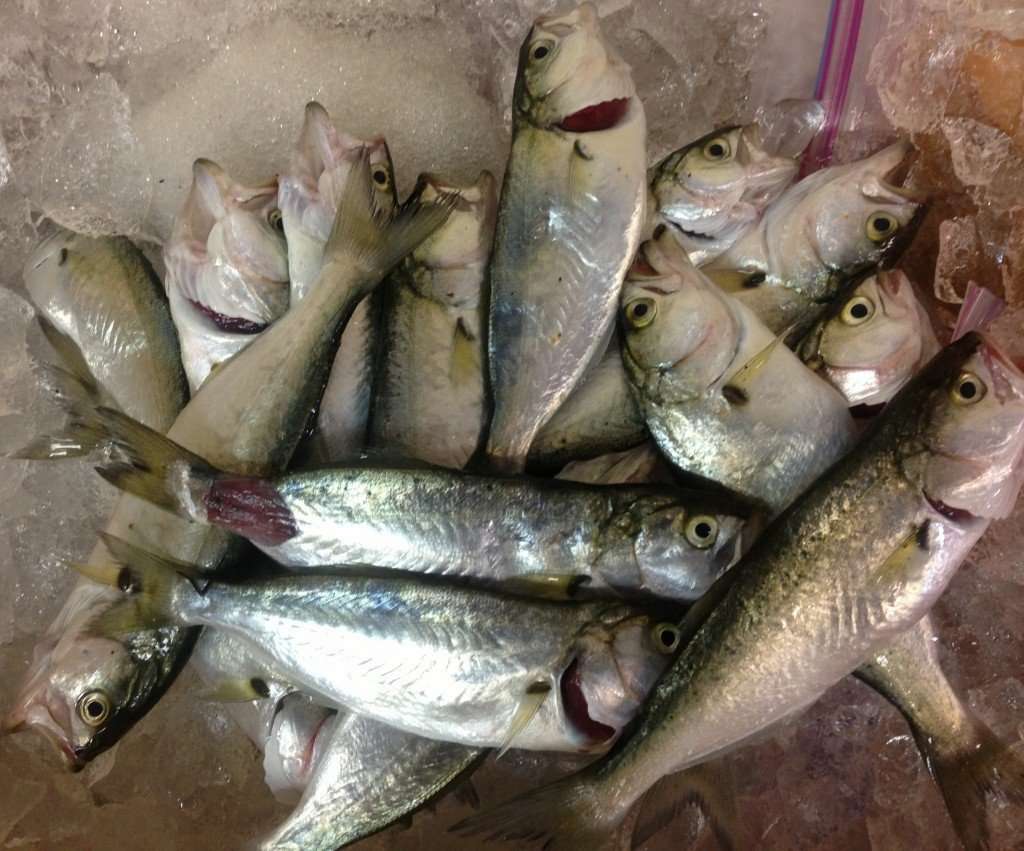 We (Tommy) have been busy making up some of these little two hook rigs that you can use with a weighed popper (out of stock, coming tomorrow!) or you can use a little popper at the front one for weight to cast, two to make a big splash. hopefully these little guys are around for awhile, they were fun! 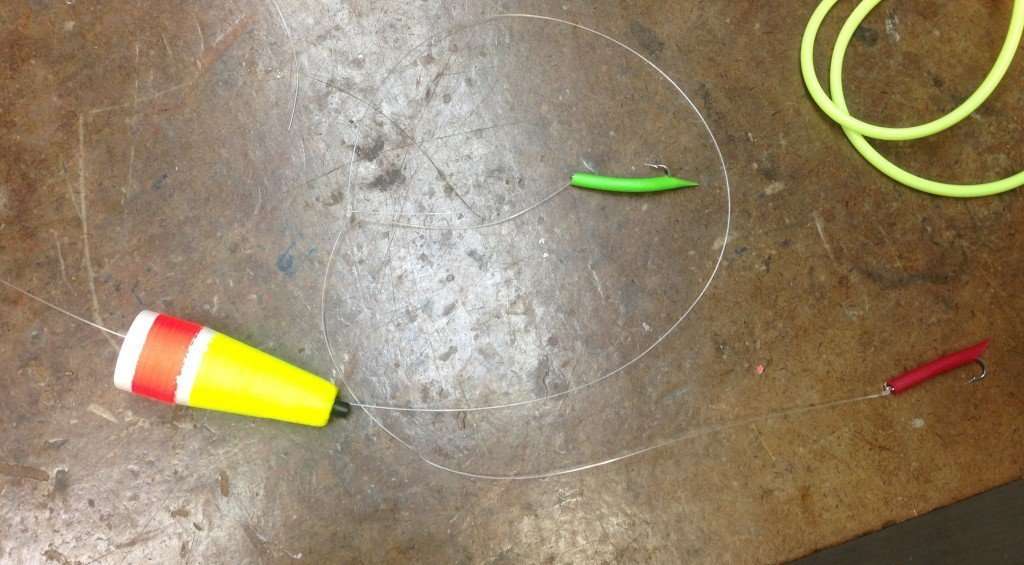 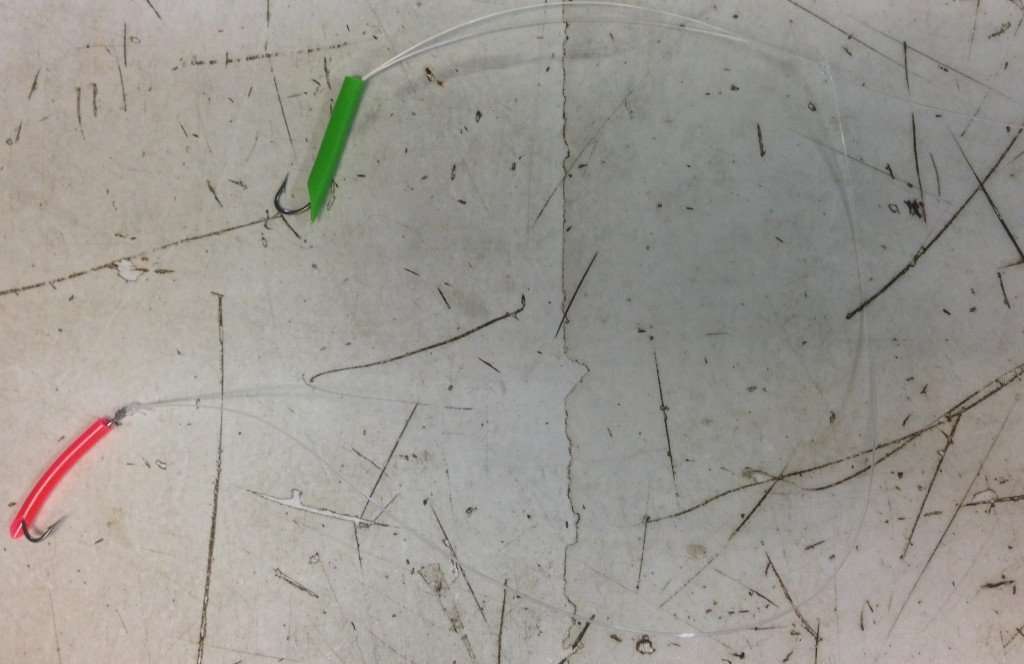 Other news, we have an artist in our midst, our very own web guy, Stickman, is busy getting ready for some construction of his house. He sent me a beautiful picture of his painting that I thought I needed to share: I LOVE IT! Thanks Sticky 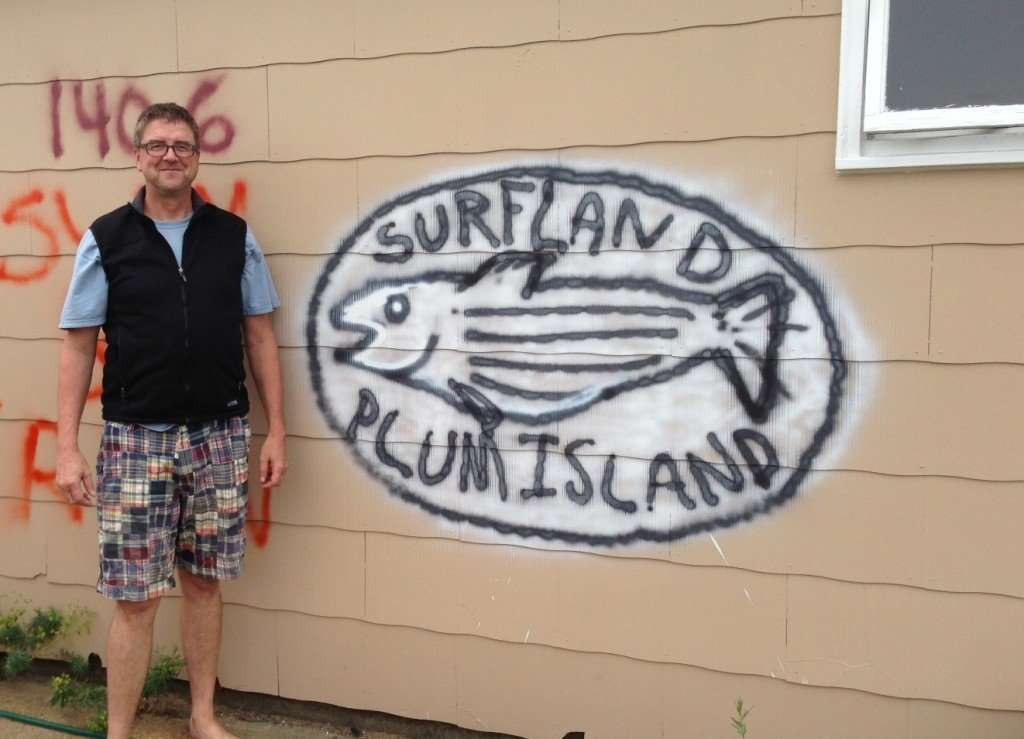 Okay, striper and other news:

Again, most of the action for the bass has been in the river mouth using mackerel. Mugsy was out earlier in the week and got into some, but also got into some bluefish who were gobbling up the macks.

We are also hearing of  a few tautog, quite a few black sea bass (lobstermen are reporting them in the pots). They have seemed to move up and around Cape Ann to hang about the rocky areas we have. We have had reports of squid in the area. I know south around Cape Ann they have been getting them but Gabe from The Captains told us they got some off of Hampton.