The past few days we’ve seen a few fish come in, but have heard of a lot more fish that haven’t come in . Captain Riley McCue says the flats are loaded with nice fish, but it’s getting them to bite is the problem. So are the fish getting full, lazy, or both? Every year this causes much frustration with the fishermen of the flats!

The mouth of the river has been producing fish these past few days during the low tides. Have had quite a few guys in to tell us they did well for the bottom of the outgoing tide. And, the bait of choice has run the gauntlet this week. worms, clams, macks, metal, soft and hard baits. These fish mostly ranged in the 24-28 inch class. These fish pictured here were all taken in the mouth of the Merrimac area. Nick Bouchard from North Billerica caught his fish June 29th during the outgoing tide in the mouth on live lining mackerel. Nick’s fish was 46 inches long and weighed in at  34-3 lbs. 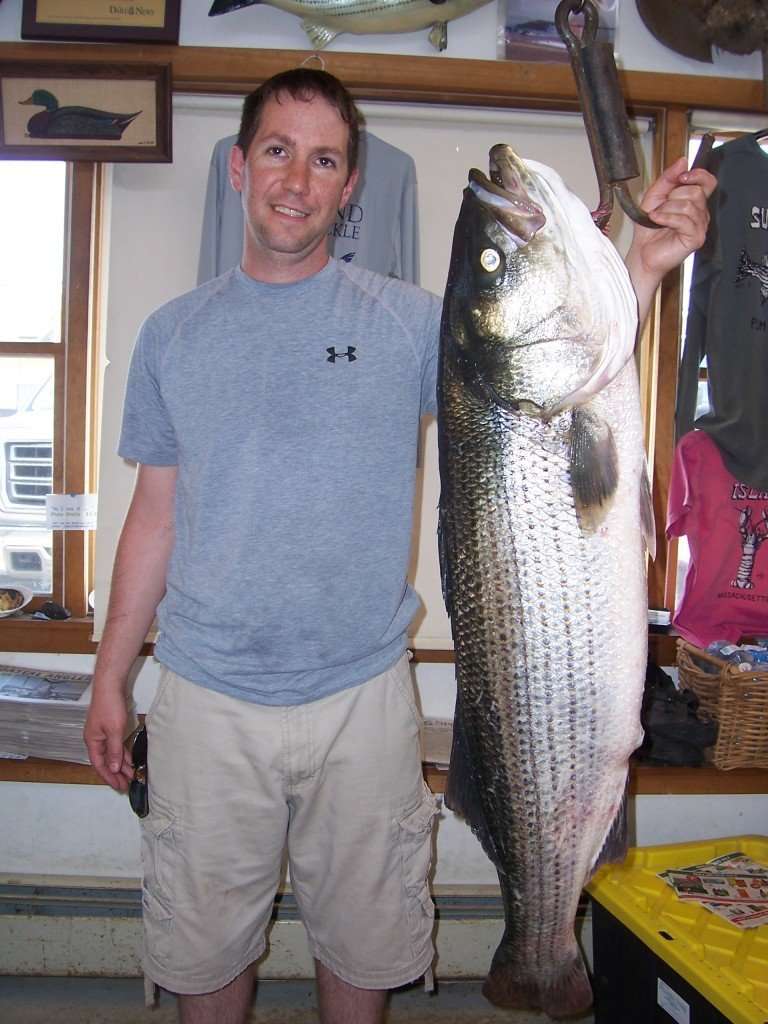 Not long after that we had Jack Donahue come in with this fish he also caught during the outgoing tide using clams fishing off the jetties. His was a nice eating size that weighed in at 13-14 lbs. 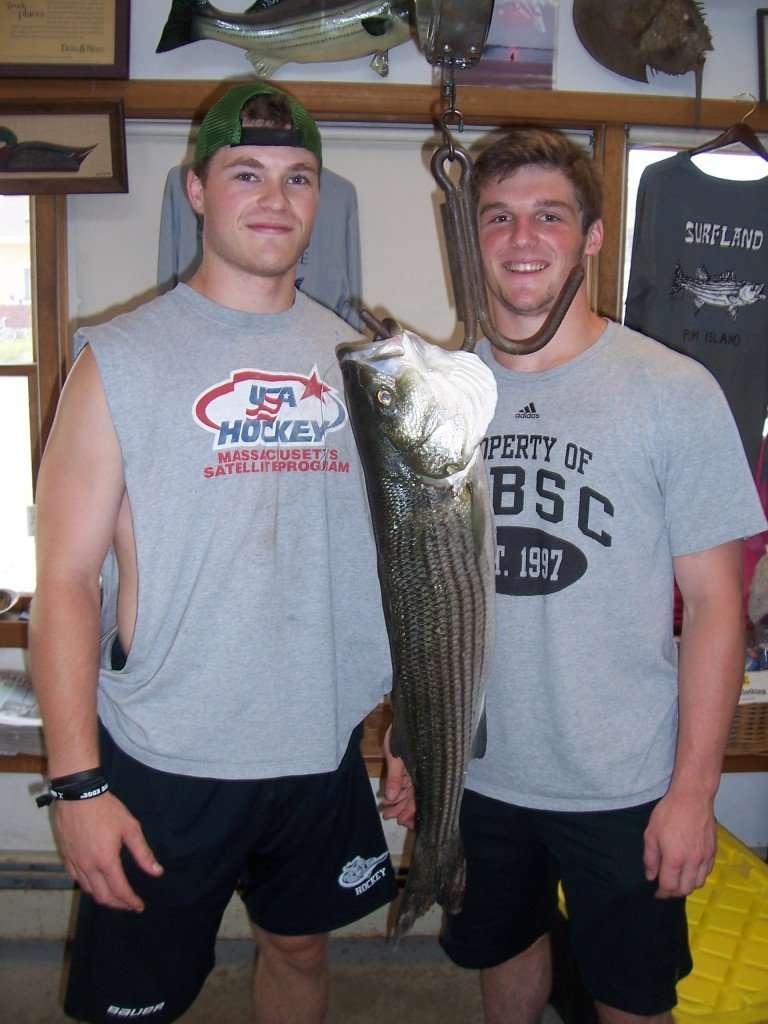 And then on the 30th we had Jen Fichera from Oakland Park FL come in with this 9.4lber that was caught from the boat. (sorry, all the info I have on her fish) 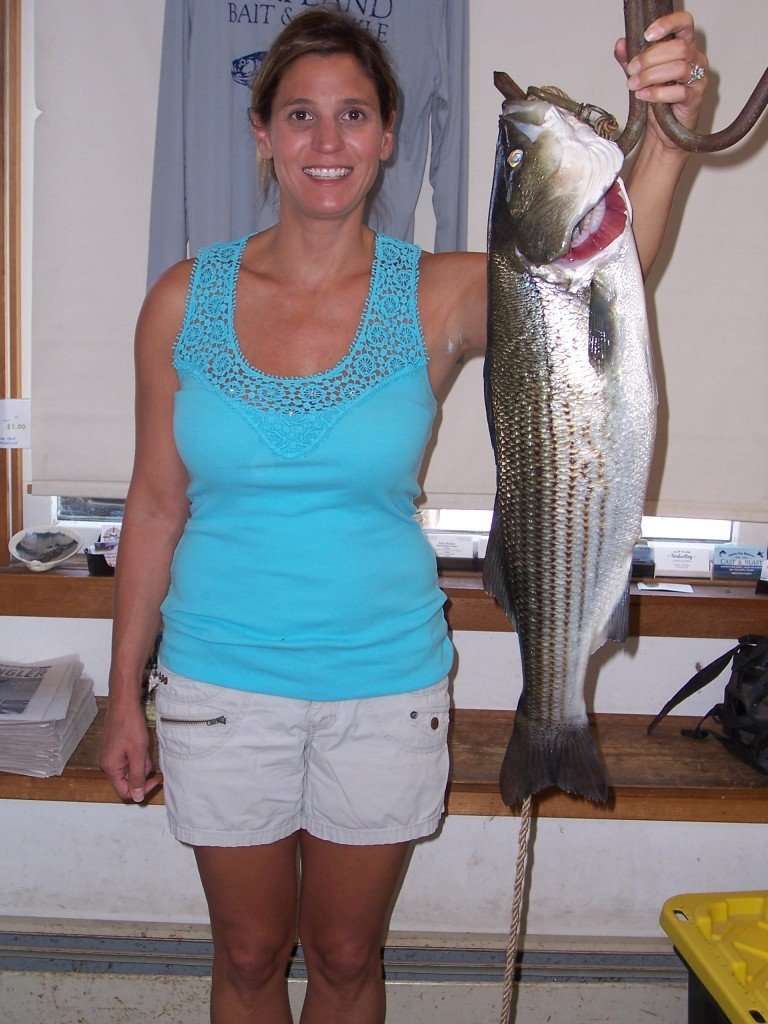 The oceanfront has been a mixed bag lately. One night they are there, the next nothing. The fishermen that have been putting their time, for the most part, eventually are being rewarded. Joe from SBT has been many nights without a fish, but I got this text early this morning and this is what Joe says:

Tommy, Ed and Andy Kelly as well as Brendan, Steve and a few others are also doing well on the oceanfronts of the area. These guys are using a lot of swimming lures such as the Mambo Minnow, Bombers, and SPMinnows. These guys don’t stay in one place long, they are constantly moving and maybe that’s the key. Keep moving and you are bound to run into each other…you and the fish?

Flounder………………………sad sad sad year for the surf fishermen, and the boat fisherman from what we are hearing. I have heard of a few that have been taken in the 35-40 foot depth range. And for our guys from the beach that is a bit far off…..the other side of the far sandbars off the beach….the sand that once belonged to our shoreline!