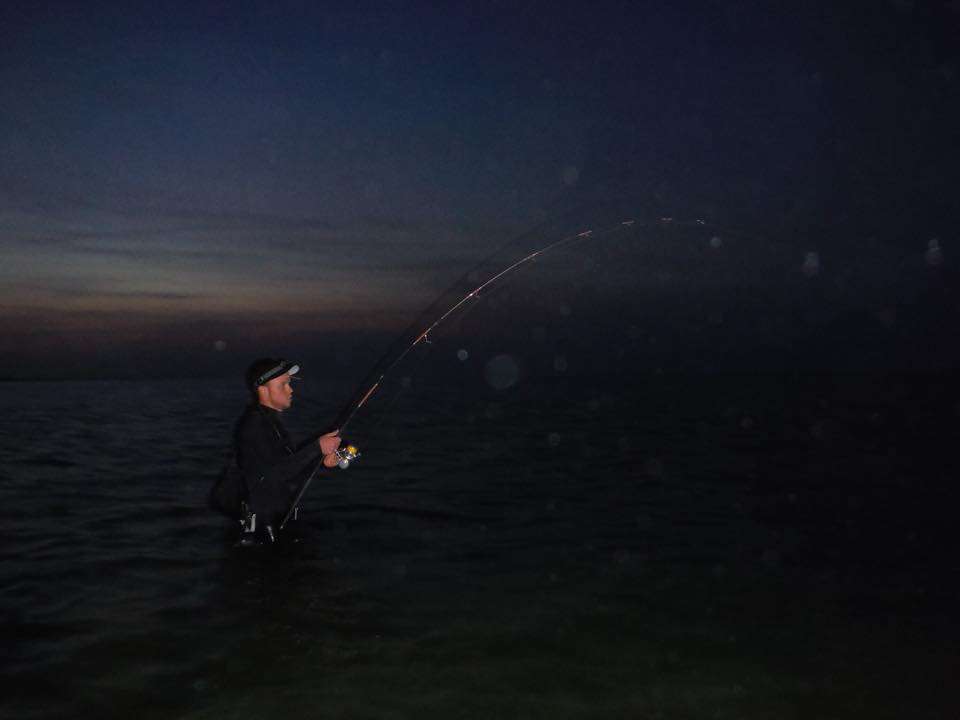 Posted at 15:20h in Catch and Release by Steve 0 Comments
0 Likes

Well at the risk of sounding like a broken record, my report is not too much different than the previous week. Fishing remains spotty, but there are quality fish around if you know where to look and are willing to put some late night hours in. I fished hard this past week/weekend focusing on the incoming tides under the cover of darkness and was rewarded with a handful of fish in the low 20 pound class and a few on the smaller side. The Kelly boys had a solid week of fishing with a good number of 20-30 pound fish between all of them. And finally, congrats to my good buddy Gabe who landed a new personal best on sunday evening with a beautiful 35lb fish caught on a live eel. (Check out this week’s video!) All fish were released…. 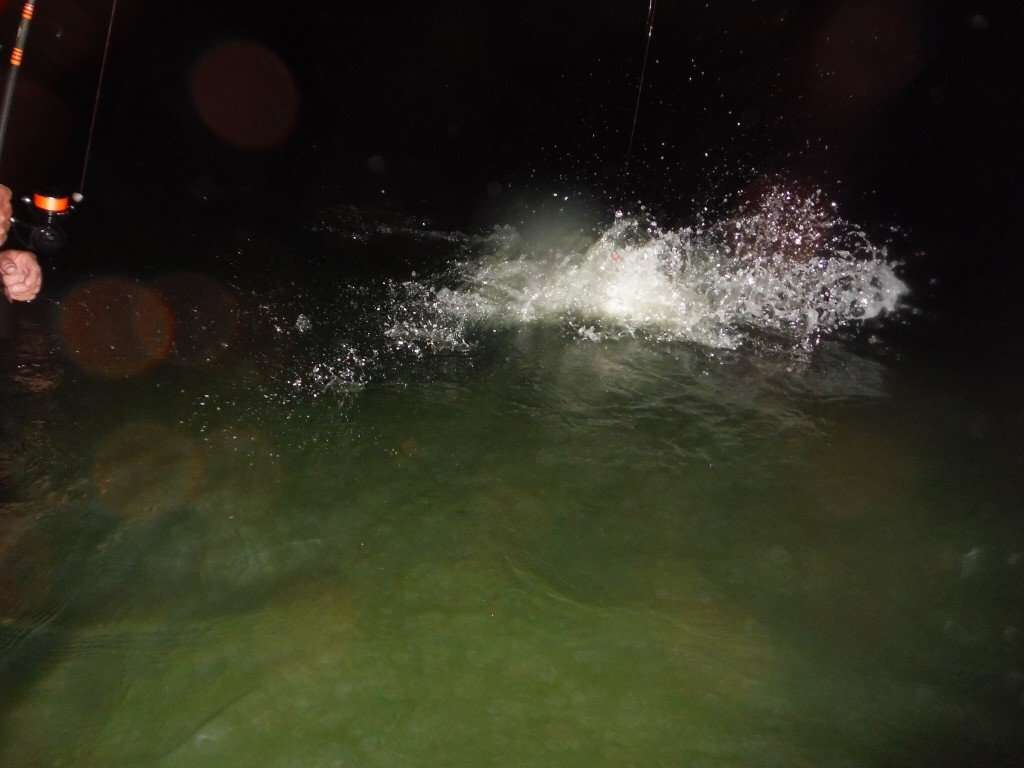 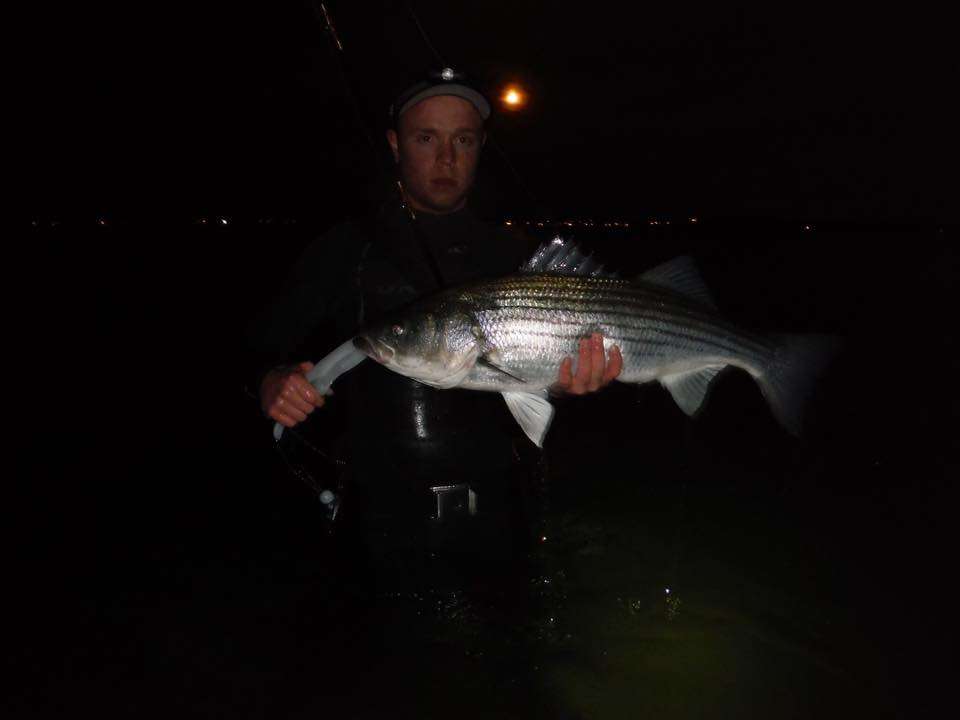 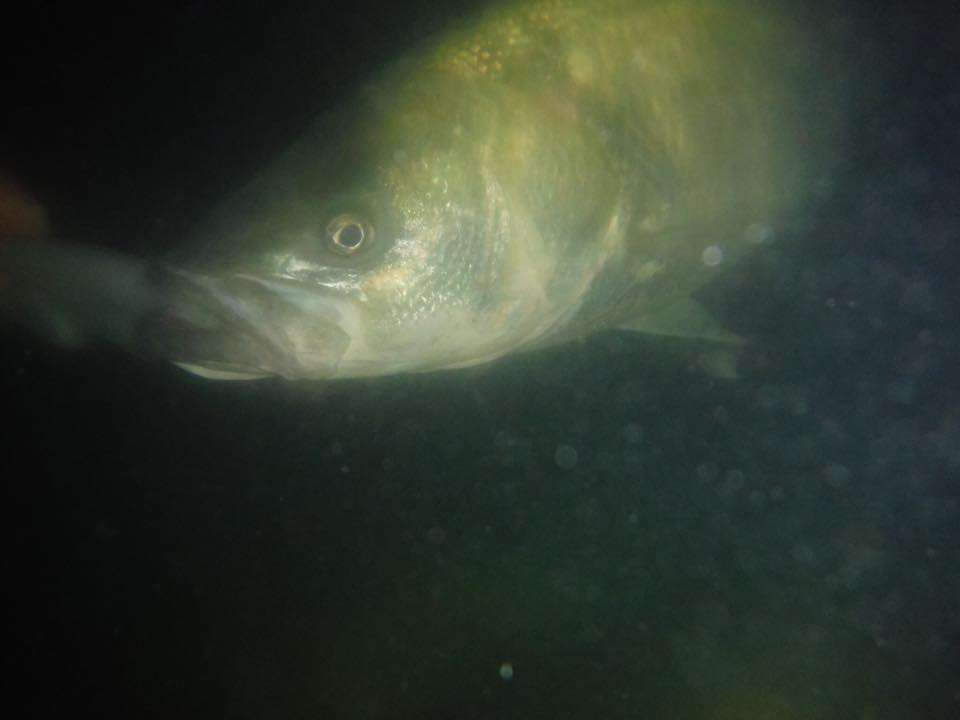 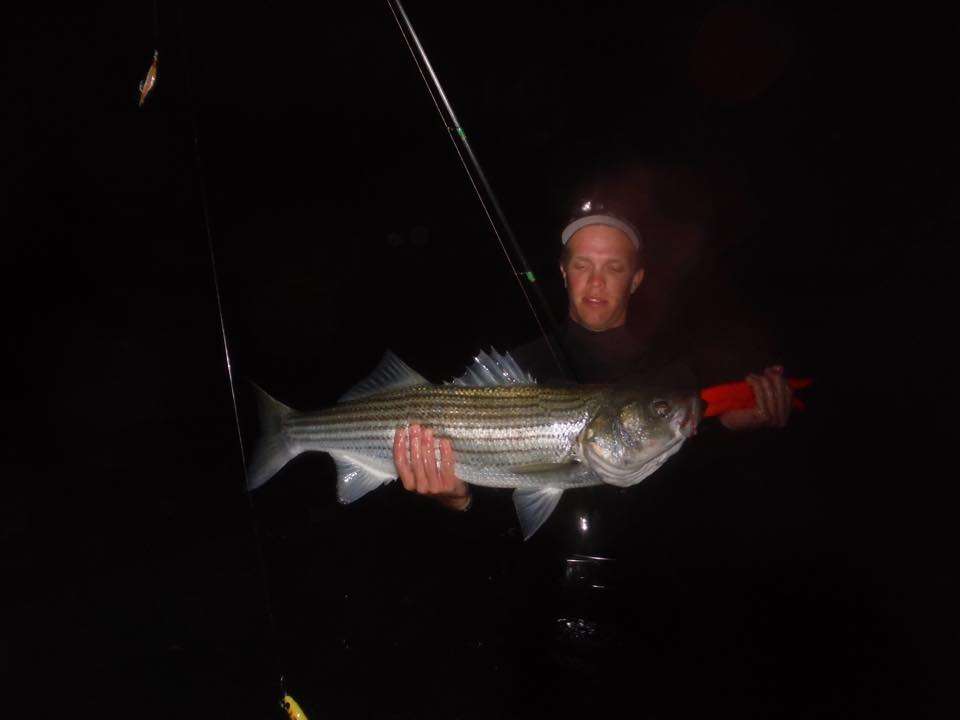 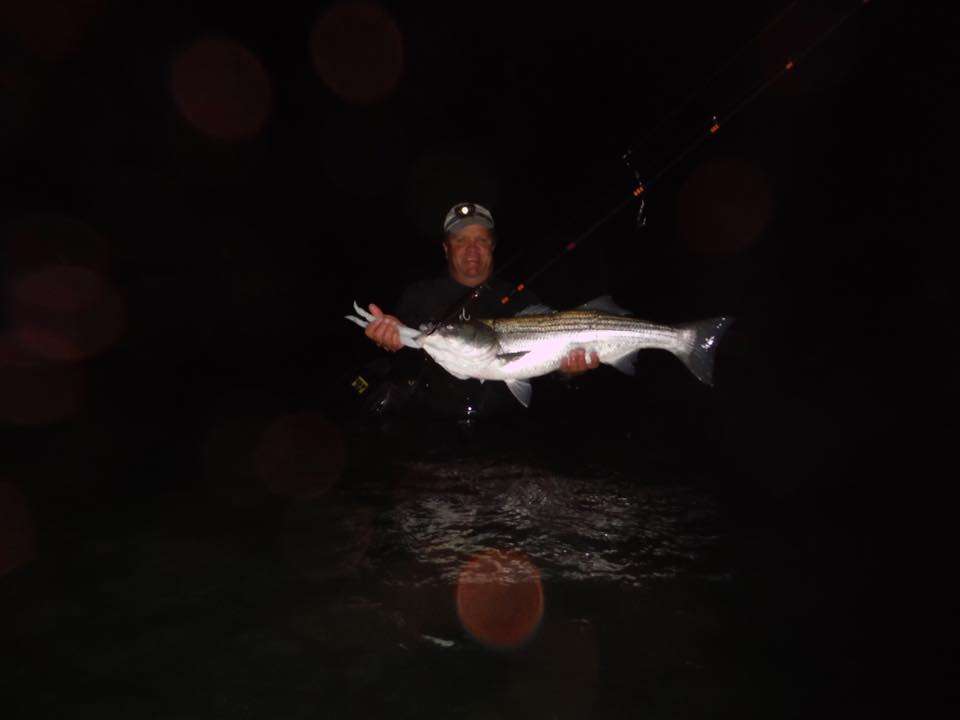 Side note about lures this past week…. As many of you may have noticed we have had a full moon this past week which mean bright nights. Usually my go to colors at night are dark such as black or purple (or black and purple aka blurple) but around full moons I find brighter colors like chicken scratch (yellow and white) are very effective. In fact I found that on a couple evenings this past week, dark colored lures would work before the moon would rise (which was usually around 10:30-11pm). Once the moon was bright and high in the sky the fish would stop hitting dark lures and would respond to the same plug only in chicken scratch. So yes, I do believe color does matter. Also, The Kelly boys and myself caught fish on a new plug we have never used before, but will have a spot in my bag from now on. The Northbar Bottle Darters have a fantastic swimming action, cast like a dream and run shallow enough for my bar-hopping tastes. Check them out we have a great selection of them here at the shop!

Finally, these are a couple weeks late but I received some catch & release photos from Don Laruffa Jr. & his Father who was up visiting from VA. They were boat fishing in the Plum Island area and landed a 38″ and a 43″ fatty. Congrats guys and great job on the release! 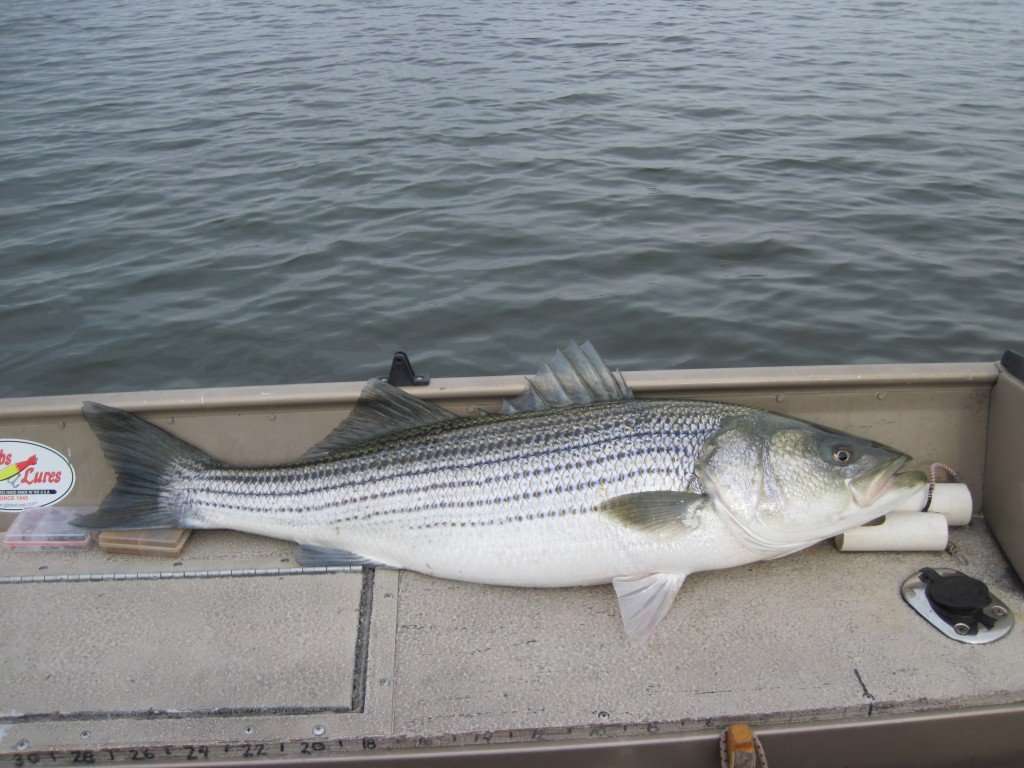 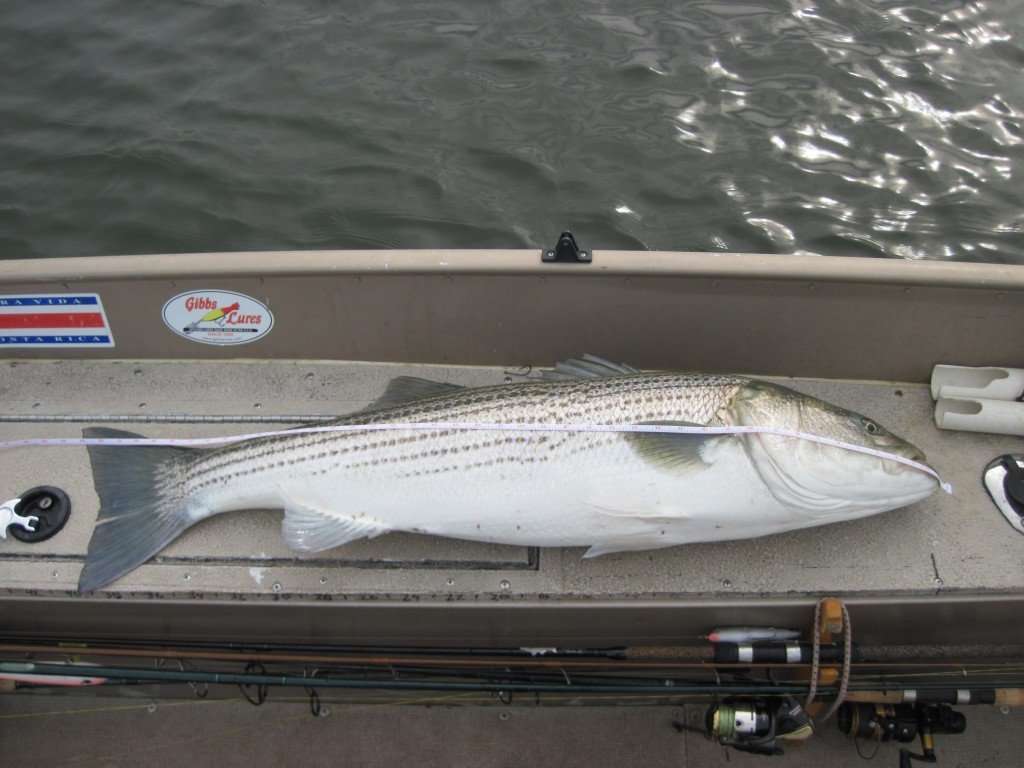 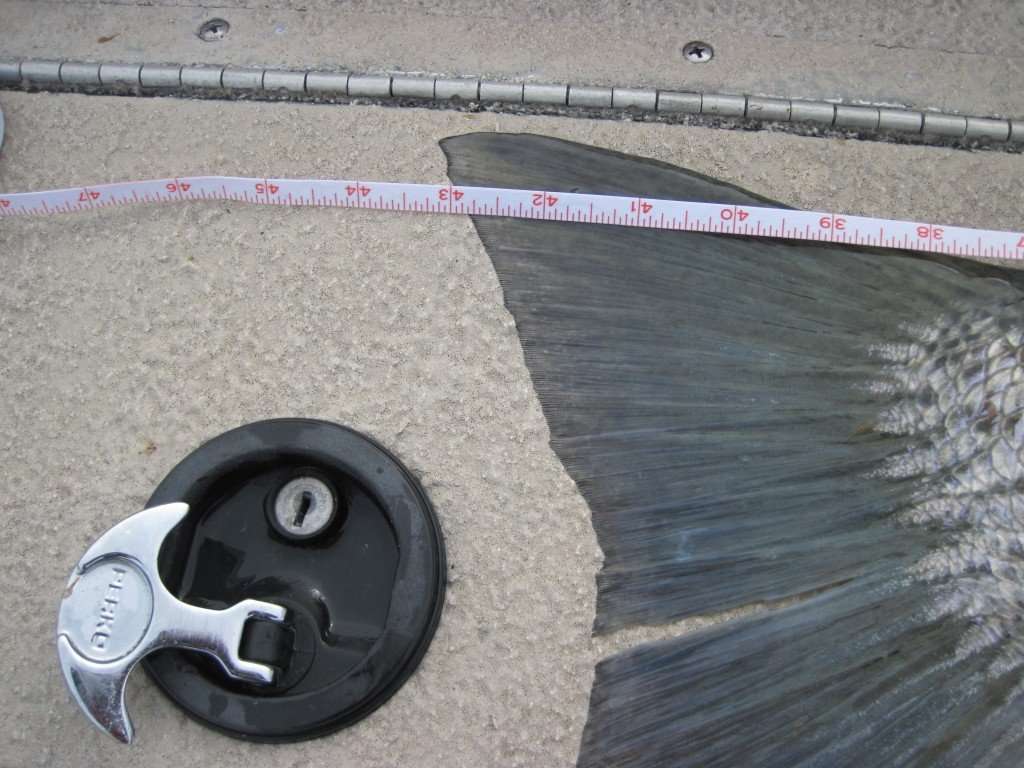