Surfland has got a student from France here for the month of July. Quentin is here to improve on his English and experience some of our culture. Well he sure got a taste of it last night. Another Surfland friend, Bryan G from Vermont who is also visiting went out in the boat last night with a friend and hit the front beach casting eels. They fished the top of the incoming tide casting and caught and released about a dozen fish. Quentin……………welcome to our little part of the world! 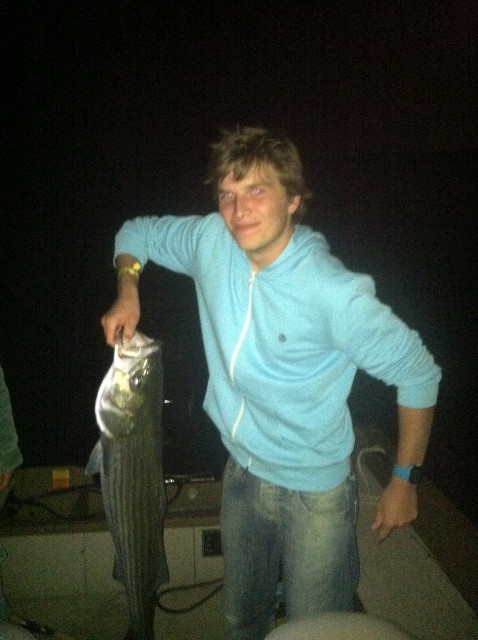 And here is Bryan from Vermont……. 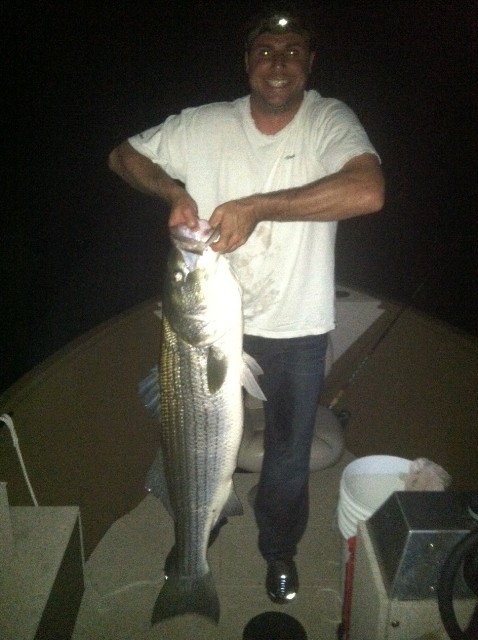 We have been hearing this kind of news for the past few days. Night fishing has really turned on. Our bait fishermen have been reporting some nice fish from the beach. Mostly with worms, but some guys are also doing well on the clams and mackerel. But soemthing else has been pretty amazing the last two days. From the top of the outgoing tide all the way through until low tide(which just happened to be right at dusk) the stripers, and good sized ones, have been pushing schools of baby herring up and down the beach. We had some fishermen running into the store to to tell us the news yesterday. At some points they were driving the bait fish onto the beach. Bryan was in the shop Thursday night when one of the guys called us with a report. He went running to the beach and got into the action.
~~~~~~~~~~

Captain Riley McCue www.rpmoutdoors.com has given us some insight to what he has been up to. He has been doing well both inside and outside the mouth. There have been bass at the mouth of the river at low tide. But, if they are not there head south. He has headed out the mouth and done well between the MR buoy and the green can using the SP Minnow, Bomber, and other swimmers. And inside joppa, I don’t know if there is any better man with a sluggo! What a year he has had!
~~~~~~~~~~

June 29…..Chuck Schnurpfeil, 26 pounder on clams off the oceanfront in Hampton. 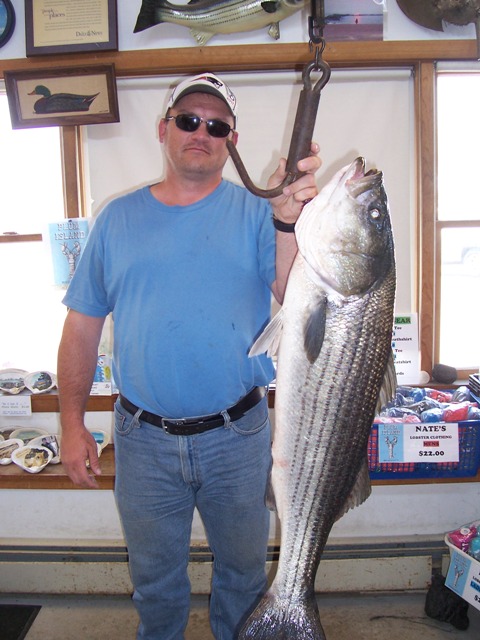 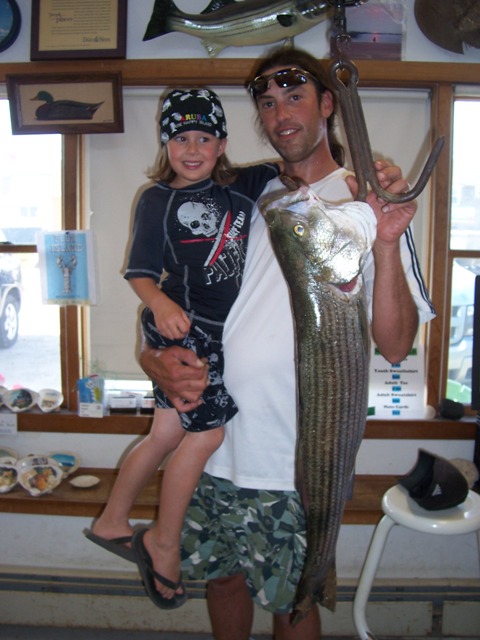 July 7……..Oscar Jimenez from Haverhill with his 11-6 pounder caught on clams on the oceanfront 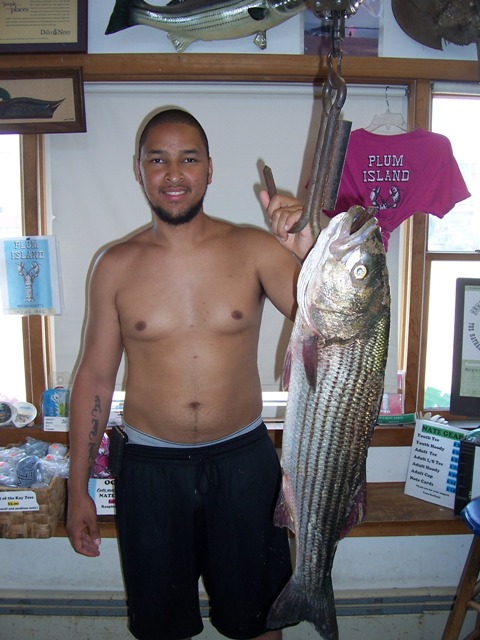 July 6….Frank Nolin from Bennington VT caught these two 11 pounders from a boat in the mouth using live mackerel 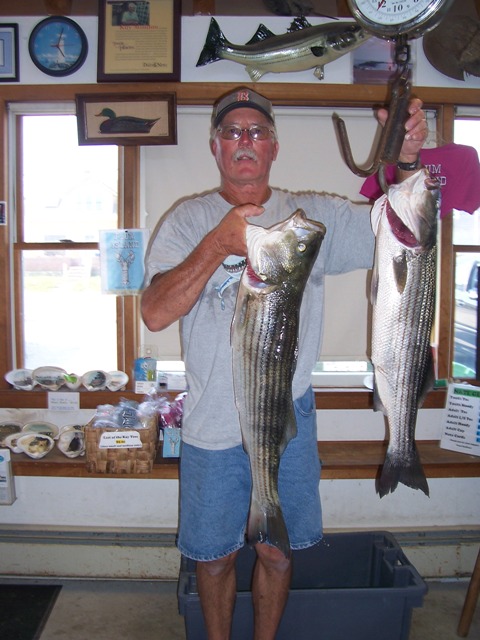