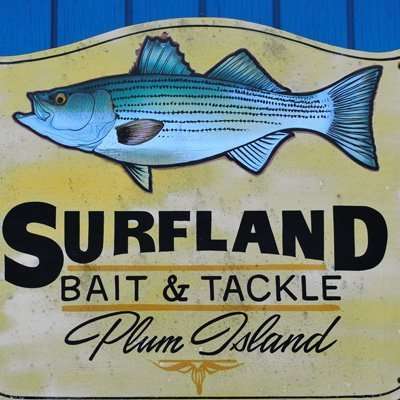 Well for some the dog days of summer are approaching for fishing. It always seams to slow down a bit this time of year after the fourth. However, we are still getting mixed reports from fishing. Some are having  productive fishing trips while others are struggling. As you can see from Steve’s report, they seem to be doing extremely well one night and the next night, nothing! As Martha always says; “it’s called fishing not catching”. And usually it is the night tides that will produce the most fish this time of year. So for you guys that like to fish night, get out the darters, needles, big swimmers, and live eels and get casting.

John Noonan hit the beach the night of the 5th and fished live eels along the surf. For his efforts he was rewarded with this 25-9 pounder that he cam in with early the next morning. 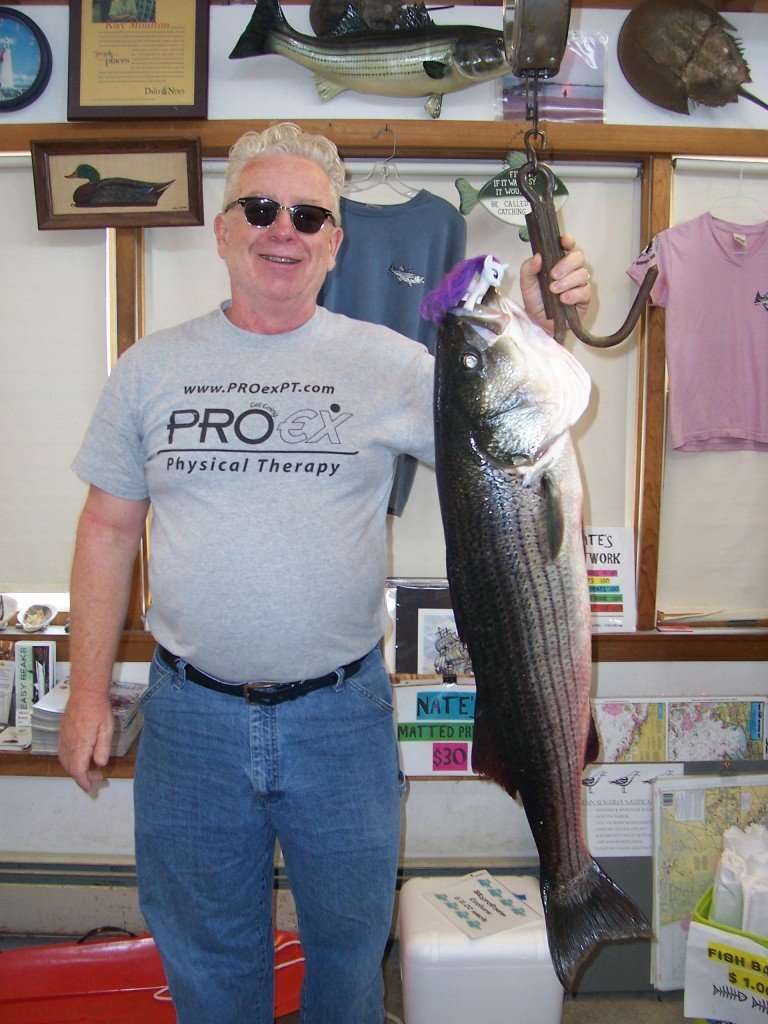 Now, that’s not to say that no fish have been caught during the day. The best spot lately seems to be down the mouth of the river. back on June 30th, Keith Kevlik from Derry caught this 10-8 pounder on mackerel from the surf during the low tide. Kay has gotten reports from a few of the fishermen stating that they are seeing the fish, but getting them to bite some of the days is hard. Lee St. Louis from West Newbury though has been catching fish in the river and doing well. He weighed in a 14-5 Sunday. Boaters are doing well in the mouth of the river with mackerel. live lining, chunking, or drifting dead whole macks. It all seems to be working for them. Flounder from the beach is slow. Haven’t heard much from these guys, but some of the boat guys are doing okay just outside the mouth and I have a few that like the mouth of the basin area. And finally bluefish, we have heard that they are here, but offshore so unless you can cast a few miles then we have to leave them to the boat guys for now. Stock up on those mackerel, if bluefish are around we could loose those them to the north. 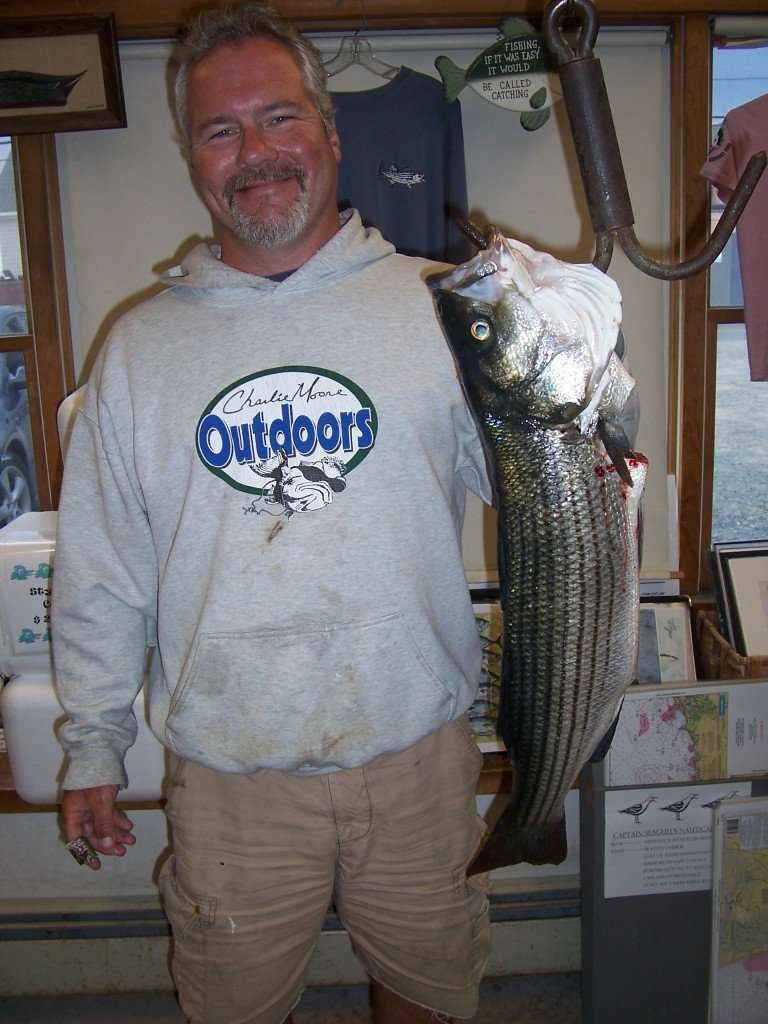 And just now we had James Antonelli come in from fishing the Salisbury drift with this 10 pounder he caught using a sand eel SP Minnow. I have reports also from kayakers that are fishing Joppa and up and around Woodbridge Island and they say that the magical tube-n-worm does the trick for them. but I also have others that like the jumping minnow, SP’s, and a lot of guys use sluggo’s in that area. 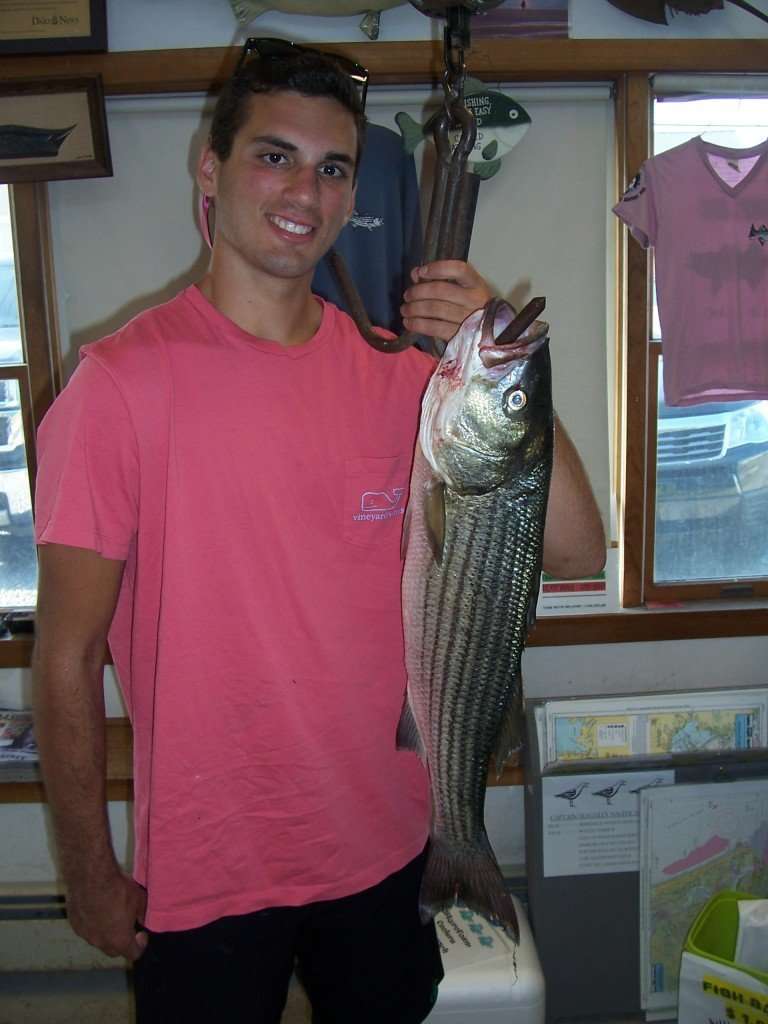