As you’ll see, the weekend was rippin pretty much wherever you fished. Wether it was tub and worm trolling in Joppa Flats, or casting clams at the river mouth, there were great fish to be had. Fishermen had luck with tin squids, sluggos, clams, herring, mackerel, tubes, and flies. And the fish were at a variety of spots. The mouth of the river seemed hot on the outgoing tide. Joppa was filled with schools, though they were sometimes finicky (especially for your author.) Upriver was busy near the Chain Bridge and the railroad bridge, where big schools of minnows were hanging out trying to not be eaten by large schools of stripers. There were fresh schools of Mackerel out on Speckled Apron, and hoards of them showed up in coolers at Rings Island Marina. In fact, they were catching keepers right off their docks there using whole and cut macks.

Brian Coombs from Somerville, MA showed up in the store Sunday afternnon to go fishing. Billy sent him over to the front beach to try his luck with the top of the outgoing tide. Well not long after, he came back lugging a 28-8 pound bass. Brian said that the fish were blitzing the beach. When he reached the top of the crest and saw the fish busting the surface he took off running down the beach. He used a metal lure to get it out to were the fish were busting. I guess the fish were beyond the reach of some fisherman who had some of the lighter stuff or bait. Well, he headed home, tired but happy and with supper ready to cook! Nice Catch Brian! 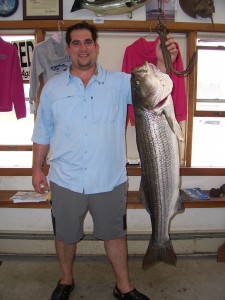 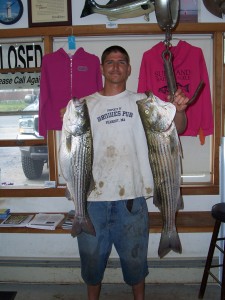 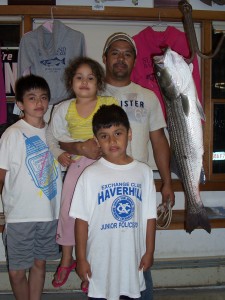 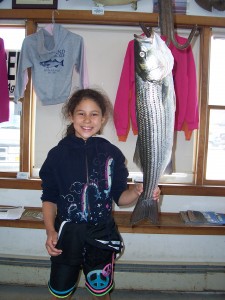 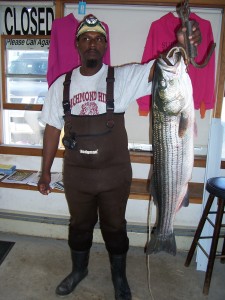 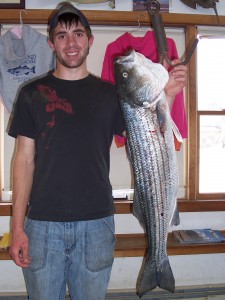 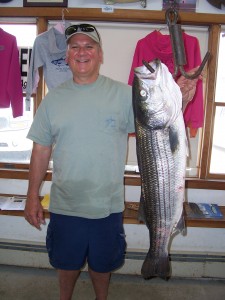