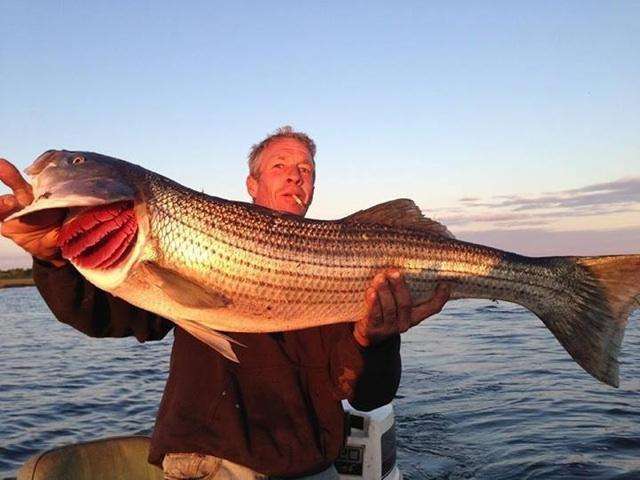 Local boy Mike Nixon says “ride the tube”! He caught this 42″ fish somewhere. He won’t say where he got his fish, but told us somewhere between Ipswich and the southern end of the island. Looks like in the rivers! But I do know that there are some “keepas” in Joppa Flats. Some of the kayakers are doing well “riding the tube” and Sluggo’s rule the flats also.

Josh Clement caught this 15-2 pounder in the flats from his kayak Sunday the 8th. 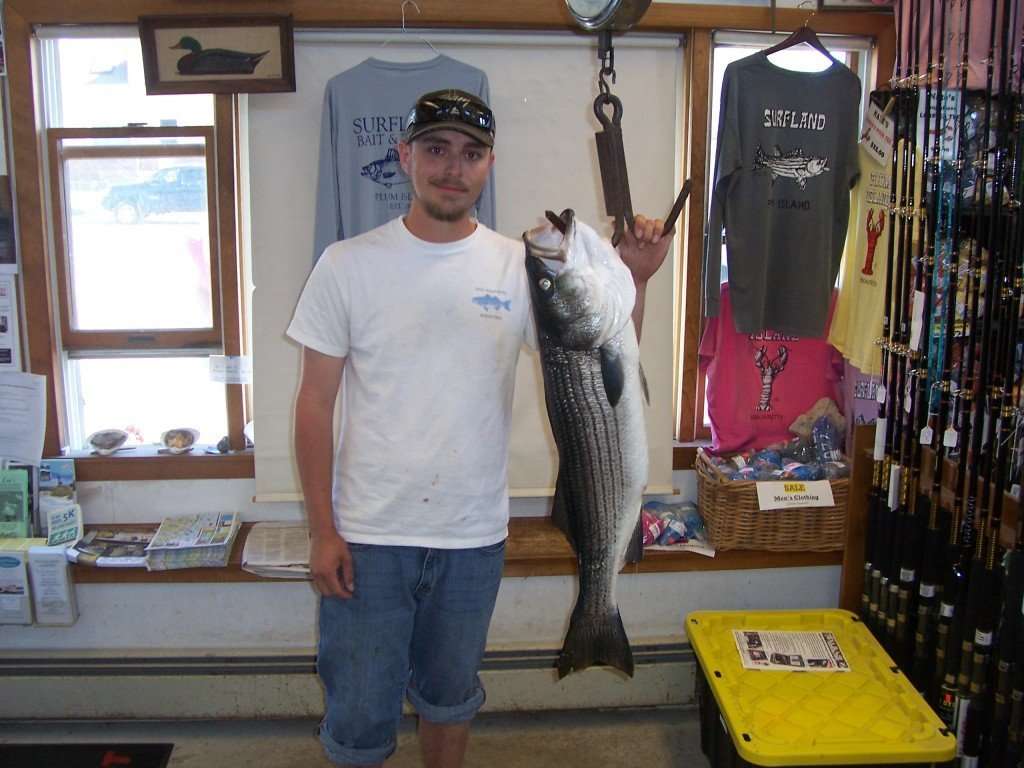 And, we are still seeing nice fish from the oceanfront. Capt. Tom came down from Maine and used an X-Rap and caught this beautiful 25-12 on the oceanfront yesterday early in the am. (see, that SP isn’t the only lure that works!) And we then had Bruce Petipas from Littleton come in with a 15-14 pounder that he caught on….yes an SP Monnow. (sorry no pic) 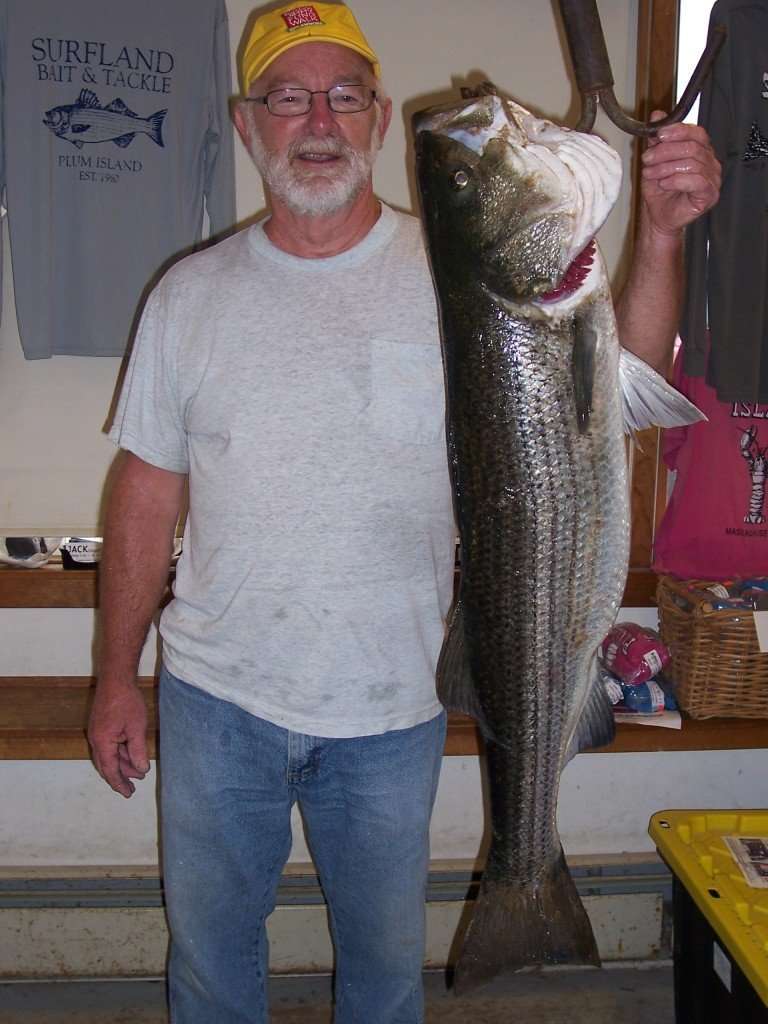 Got a pic and report from John no soon after he went out to the oceanfront from the store. Here he is with a BLUEFISH! He says it was the only one that he caught, but………..where there is one, more to follow. We did here a report from a boater that there were some out at Speckled Apron. 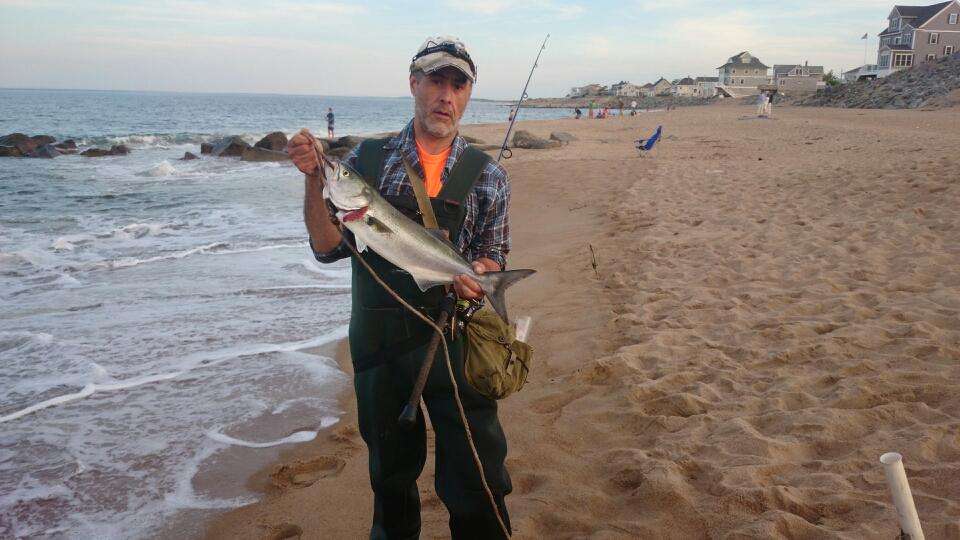 No word on today’s action, but I can tell you what is biting! THOSE FRIGGIN MIGGIES!!!! OMG !!!