June 12 and the weekend

Action down at the mouth this afternoon was quick. Had a few fishermen back in and they reported that most of the action was at the bottom of the tide to the turn, about a half an hour and then it shut off. He said most of the fish were small undersized schoolies. They grabbed some bait and headed to the oceanfront for the incoming tide. Richard Liorenza from Reading MA was also down the river for low tide and at the bottom of the tide he got into some fish. He kept this 10-12 that he caught on worms. 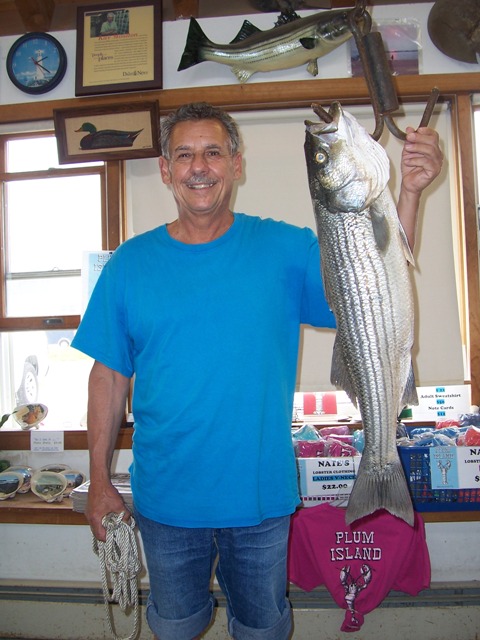 Just about an hour ago we had a nother group of fishermen come in. They had a bit farther to walk than the previous fishermen. These guys got their fish off the jetties. Again it was at the bottom of the tide and this time they were using clams. Pictured here is Angus Melandy from White River Jt. VT with his 13-6 pounder. Long way to go for some dinner! Congrats on the nice fish Angus. And thanks for coming to Plum Island from Vermont! 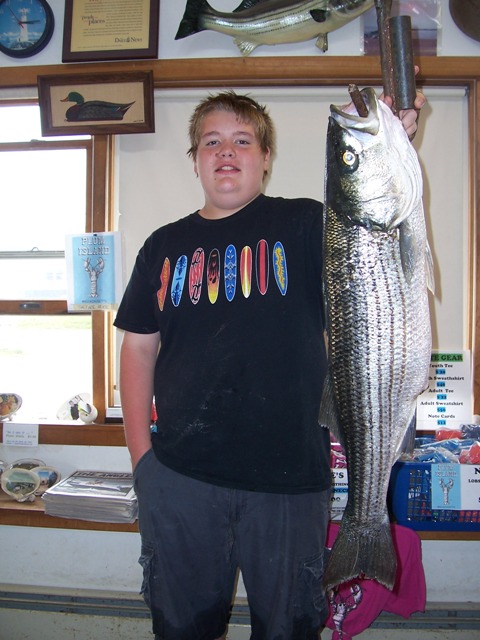 We also have some pictures and info to share from the last few days. Last night, Monday evening we had a report from some local fishermen stating that there was a quick blitz at high tide from the jetties south along the oceanfront. They were pushing baitfish up onto the beach. Didn’t last long so if you were there you were lucky. All nice sized fish! Also pictured here with his two fish from yesterday is Jan Kevlik who caught his 11-8 and 12-4 from the surf. Sorry I wasn’t here when the fish came in so that is all i have for info on these two fish. 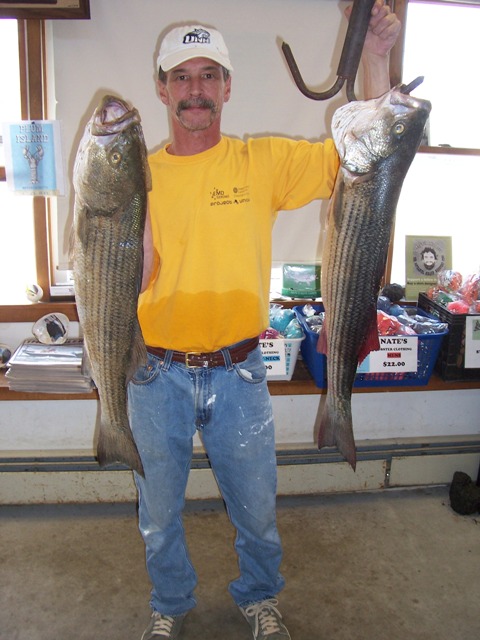 On Saturday just before the Go Fish day on the refuge, Jimmy Fallon from Chelmsford caught this 45″, 33-12 pound striper on worms. All the kids that were there on the beach got to see and touch the beauty. 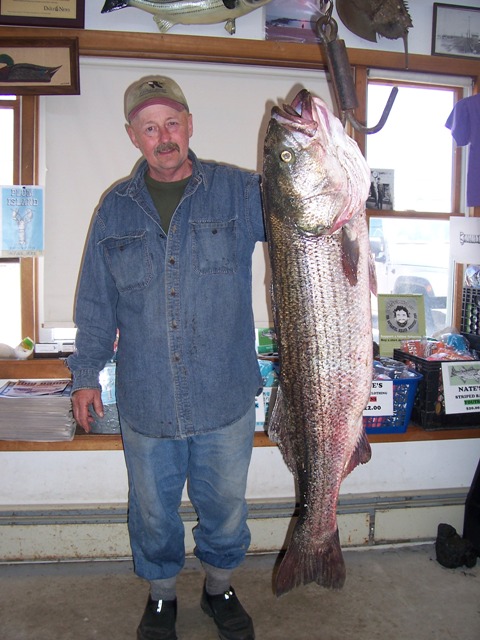 Also on Saturday while out in the boat Paul Sarkisian and his grandson Zach Caster, both from Chelmsford caught these fish on lures along the oceanfront. We have heard from others that there is a lot of fish outside the mouth both north and south along the beaches. 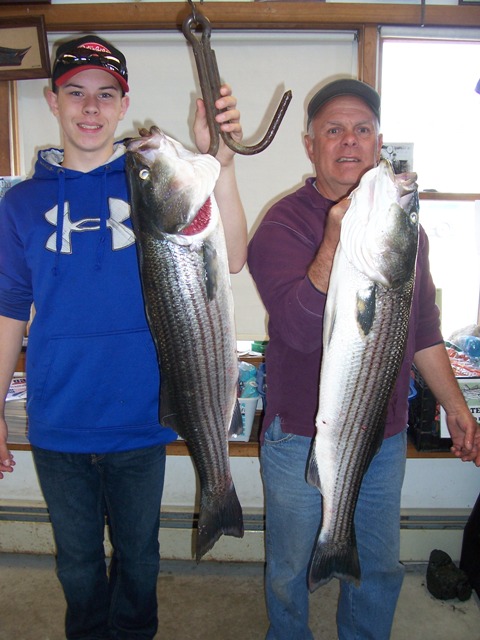